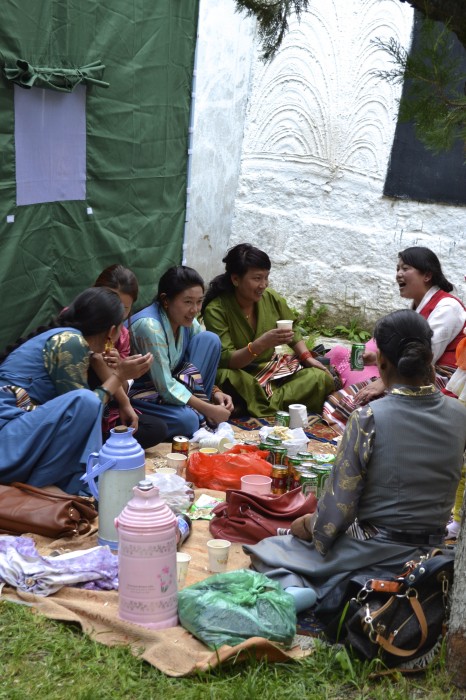 This post is a continuation of A Chianese Engalish is a best Engalish, where I detail my month-long trip this summer to Qinghai, Tibet, Nepal, Hong Kong and Guangzhou.

The next morning I woke up sunburnt and exhausted. My stomach was also a bit upset and I felt a cold coming on, so after meeting up with Kirk, the fourth member of our Tibet trip, at his nice hotel in downtown Xining, the four of us headed to a yao dian, or Chinese medicine pharmacy. Chinese medicine is great for preventive care, but not so effective once you’re already sick. They have pills called yinchao and a powder tea called bangankeli that you can take once you feel a cold coming on. My mom swears by the yinchao, and she’s right, it actually works! -But only if you start taking it the moment you start feeling sick. Yoko and I were both having minor stomach issues too, so we decided to stock up on everything we could possibly need for our trip: yinchao, bangankeli tea, upset stomach medication, diarrhea meds and altitude pills. The Chinese diarrhea medication and altitude pills aren’t quite as effective as the American brands, but they’re less harsh too. American diarrhea medications can make you constipated for multiple days (prescription and over the counter), while the Chinese meds help you flush everything out naturally; however, if you’re traveling, it’s a great idea to have the strong stuff. Chinese medicine is also a little odd in that you have to take an insane amount of pills multiple times a day. It’s not uncommon for a dosage to be 5 pills 3 times a day.

After grabbing our meds, we headed out to lunch. Upon opening all of our boxes, we found that the stomach meds were actually liquid shots, rather than pills. By shots, I don’t mean needles, I mean the alcohol variety. This medicine looked like half a test tube shot you might find at a club. The worst part was that you couldn’t just down the medicine, you had to suck it through a straw. I was dared to be the guinea pig and let me tell you… it was pretty bad.

After lunch we spent the day wandering and buying way too many snacks at the grocery store. Eventually we went to a hot pot restaurant for dinner. While we were eating we finally received train ticket conformation numbers from Lumbum, our tour guide. He sent the confirmation ticket numbers for Kirk and I, but not for Joe and Yoko. He told us to wait it out, but we had to be at the train station in an hour! Eventually he texted me, telling me there was a problem… Kirk and I had soft sleeper tickets for that evening, but Yoko and Joe didn’t have tickets out until the next day. I was FURIOUS. We had paid a 500 kuai service fee to a travel agent to get these tickets and our tour started the next day!! We already had everything booked in Nepal, and flights from Nepal to Hong Kong. It was way too late to push everything back a day. Yoko called Lumbum, trying to argue with him in Chinese, which didn’t go well because Yoko is way too sweet a person to have a convincing arguing voice. Eventually I took over, using a mixture of Chinglish to convey my extreme anger. Eventually, I let Lumbum go to try and fix the situation. He was somehow able to get us four hard sleeper tickets to Tibet the next day, meaning our tour would start a day late. We agreed to the tickets and Lumbum promised to meet with us and discuss the itinerary and a discount on our trip as soon as we arrived.

After we hung up, we then realized there was a slight issue: where would we sleep that night? I was alright with going back to the hostel and trying to find a few beds, but I was so exhausted I didn’t have the energy to argue with the others about asking if Kirk’s hotel had room. A room was $100 a night, or $50 per person, so we splurged and enjoyed the luxury. The shower was literally the best shower I have ever had in my entire life, and the beds were like giant clouds! After a day that stressful, it was worth the splurge, especially if we were saving money by taking a hard sleeper train and cutting a day out of our trip.

The next day we visited a famous mosque and took Kirk and Joe to the market we had visited our first full day in Qinghai. We feasted on noodles, took a lot of candid photos and even saw baby ducks for sale!

That night we left for the train station which was a mad house. We could barely find a place to sit on the grimy floor, and the stench from the bathrooms was sickening. At one point I lost my train ticket among all of my stuff and had a MAJOR panic attack. I could hear all of the Chinese people around me whispering about it as I tore everything apart. I eventually found it inside my lonely planet book I was reading.

Eventually we made it onto the train. The ride was pretty uneventful aside from the beautiful scenery outside. We did see about twenty tents with Chinese flags posted on the outside. It seemed as if it was a blatant display of power from the Chinese government. Even tents of nomadic Tibetan herdsman have Chinese flags. It was somewhat shocking, because even Beijing, the capital, doesn’t have an overbearing display of flags on every building. I felt uncomfortable, which is a sensation that I grew to know very well after our week in Tibet.

Late that next evening we finally arrived in Lhasa. It was pouring down rain as we were ushered through the terminal. When we exited the train we had all of our papers and permits in hand. They had already been checked twice getting on the train, but for some reason we were contained along with a large group of Singaporeans. Apparently our tour guides had to personally escort us out of the train station.

We were picked up by a really hip young Tibetan man named Denzin. He was wearing a striped sweater with plaid shorts and had crazy hair shaved shorter on one side. He was so much “cooler” and more athletic than the majority of guys I saw in China. He and a driver were joking and laughing as they crammed us in the car with a ton of other Tibetans. We were in a decent-sized van but it felt like a clown car with people and luggage everywhere. He made sure to tell us multiple times not to take a shower for at least two days because it would hinder our adaptation to the altitude. After a 24 hour train ride all I wanted to do was take a shower, but who doesn’t love a little grime right?

The next day we eventually did have our meeting with Lumbum. Denzin took us to his home where Lumbum’s wife made us an amazing fresh lunch. We were so exhausted from touring the Potola Palace in the high altitude (I’ll talk all about it in the next post!) and we had only eaten ramen for our last two meals. We scarfed down all of her food at a shocking rate. The couple also served us yak butter tea which… is interesting. It literally tastes like warm milk with a giant spoon-full of salty butter. The more I drank the better the taste became, but it may also have been Lumbum’s comment that it was good for the altitude.

Eventually the group of us got down to business. We thought it was fair to shorten the trip to 6 days instead of seven, and merely demand the 500 kuai per person fee back for the tickets, as well as the difference in price between the hard and soft sleepers. We figured that would be perfect compensation for losing a day of our trip and having to find a place to stay in Qinghai last-minute. The travel company that bought our tickets messed up, therefore, we shouldn’t have to pay the fee right?

Well it turns out our tickets weren’t bought from a travel company, they were bought from a friend of a friend of a friend of a friend on the black market. That’s right guys, it is almost impossible to get train tickets to Tibet unless you buy them off the black market for ridiculous fees. Lumbum and his wife told us that they went to Sichuan to visit Lumbum’s family at a time that wasn’t peak season and still had to pay a 300 kuai service fee each for seats. Basically, the Chinese mafia buys all of the train tickets from the government agency before they go on sale, and sells the tickets at ridiculous prices to travel agencies and customers. Lumbum had already paid our 500 kuai service fees as well as our soft sleeper ticket prices upfront. He told us that we could pay him the hard sleeper ticket prices plus the service fees, but that the difference between the hard and soft sleeper beds would have to be covered by them, because we would never get the money back.

As heated as the conversation was, I did feel bad for them. They’re an extremely nice Tibetan couple trying to make ends meet in a harsh political situation without the support and backing of a Chinese agency. They’re so kind and generous and invited us into their home, introduced us to their adorable daughter and cooked us an amazing lunch. We decided to cough up the 500 kuai, and settled on a discount of about 100 kuai for missing a day of the trip. While it’s sad our two days in Lhasa were combined into one, Denzin gave us a CRAZY day of jam-packed sight seeing so we saw almost everything we would have seen anyway.

Overall, China is China. While it sucks that we had to cough up a ton of money for poor service, at least we were in Tibet. So many people come so far and spend so much money only to be told that they can’t go last-minute. We were in Tibet. We made it! This is a trip of a lifetime, and no one, not even the Chinese mafia, could stop me.