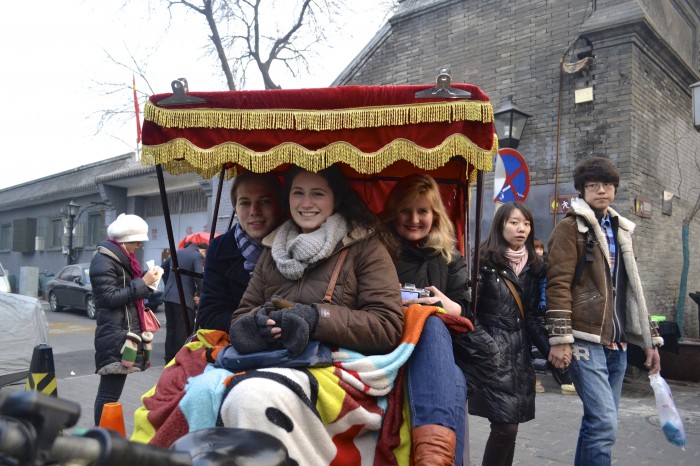 My first full day in Beijing, I woke up, dragged myself to Miller and Valya’s hostel and drank their tea while I waited for them to finish getting ready. We grabbed an early lunch at a small restaurant near the hostel, and it really reminded me how much I miss Beijing’s hearty food after eating Ningbo’s seafood and cafeteria slop day in and day out. 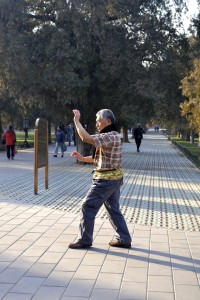 Egyptian dancing at the Temple of Heaven

After lunch the three of us headed to the Temple of Heaven, which I had previously visited when I studied abroad in Beijing two years ago. It was fun to show them one of my favorite tourist sites in Beijing, and get some good pictures with my DSLR. I really like the Temple of Heaven because it’s very well maintained, unlike a lot of other historical sites such as the Forbidden City, I also love the bright colors and interesting architecture of the temple buildings. Finally, a lot of locals like to visit the Temple of Heaven to dance, sing, practice Tai Chi or play with their grandbabies, so there’s a lot of good people watching. While we were there, we spotted a woman teaching an older man how to Egyptian dance. Of course I joined in! 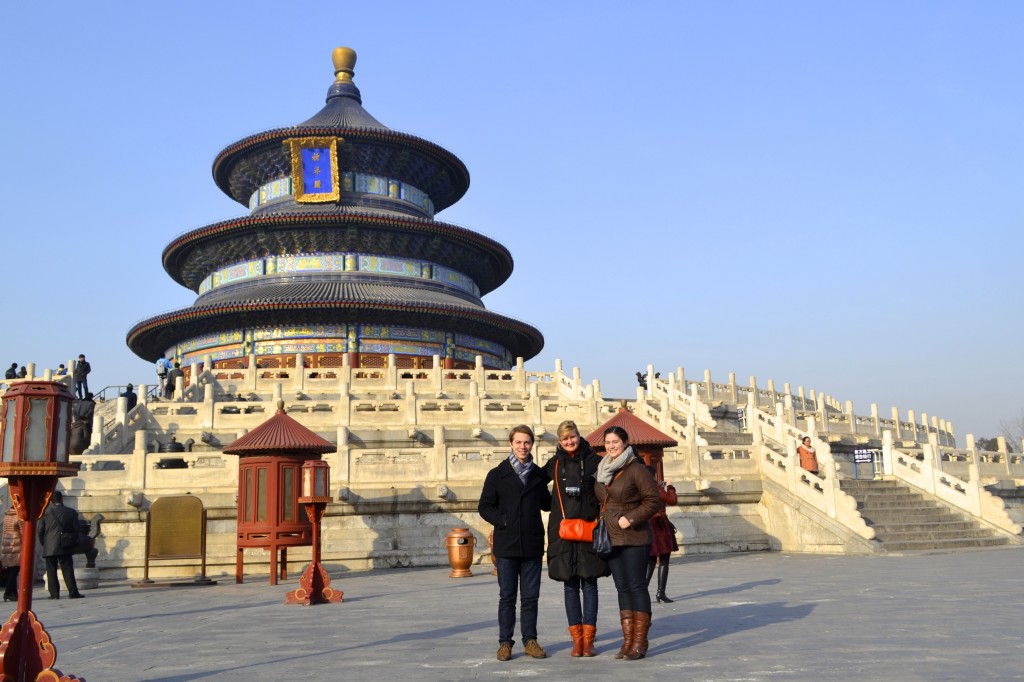 That evening we went to the Silk Market because Miller and Valya had previously bought clothing to be tailor-made, and needed fittings. I decided to create my own custom blazer to go with my two black pencil skirts. After almost an hour of casually bargaining, I spent about 415 kuai, or $68. It was a very nice fabric, and I even got it lined with a beautiful, deep red, detailed Chinese fabric, so if I roll the cuffs the red peeks out. While at the silk market I couldn’t resist getting a few silk scarves. I had previously bought silk scarves for my mom and I on Taobao (Chinese Ebay), but these were much better quality. I managed to get the first, a bright red scarf, for 60 kuai ($10). At a second shop I bought the same scarf in a different pattern/color, as well as a thicker scarf lined with cashmere for 150 kuai total. I basically stole them from her.

The nice thing about hanging around a bargaining market for so long is that people see how well you bargain, and don’t waste their time with high prices on you when they know you know how much the item really costs.

After the Silk Market we took the subway all the way to Wudaokou, where I lived this summer. I took them to La Bamba, one of my favorite restaurants in the area, to get burritos for dinner. I also had a special card that got us rail drinks for 10 kuai ($1.60) after 10pm. Afterwards I took them to my favorite bar/club in Wudaokou called Sensation, for ladies night where Valya and I got three free drinks each (we shared with Miller). We spent a while dancing and making fools of ourselves with random Chinese people, but headed home early because we were exhausted from the day. 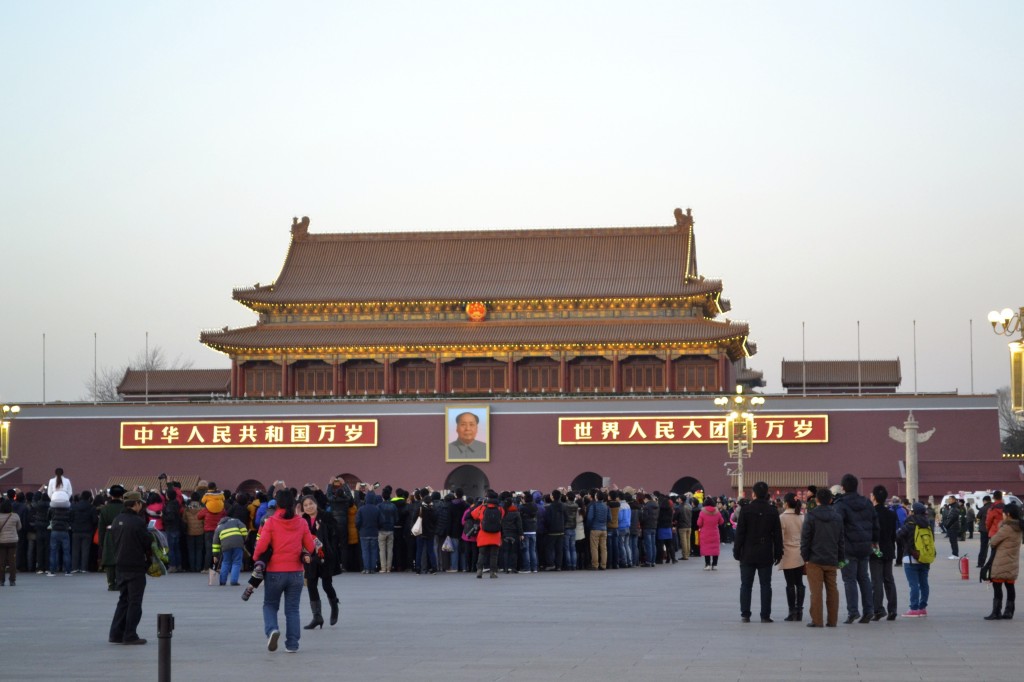 The next few days we visited a few other sites around Beijing: Tiananmen Square, Sanlitun Villiage and a hutong neighborhood. Hutongs are Beijing’s traditional housing, which consist of a courtyard surrounded by a few small houses. In the past, most families fit the entire family in one small house that is probably about the size of my dorm room Freshman year of college. If they had a large extended family, each nuclear family would live in one small house. 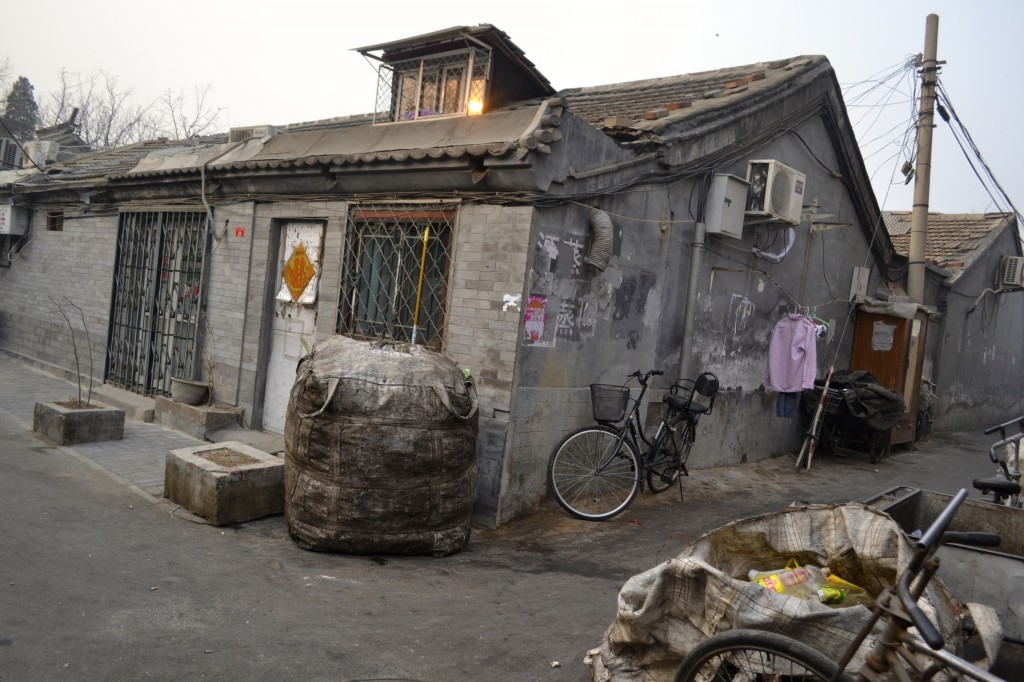 Currently, the hutongs are still inhabited by Beijingers, most of which are poor. The housing is subsidized by the government, and most of the hutongs aren’t very well-kept. Hutong houses also don’t have bathrooms, so residents must use the public bathrooms off the main alley roads. In the past, Beijing was entirely made up of hutongs, but when Mao came into power he had most of them torn down. Now only a few neighborhoods remain. Some are protected by the government, but more and more hutong neighborhoods are being torn down every year. I had previously visited the Houhai hutongs when I studied abroad, but we decided to visit a different hutong neighborhood I had never explored. The hutongs consist of one extremely crowded street full of food stalls and small shops, while the real houses are located on the side alleys. While I had been to the touristy street earlier this summer, I never explored the alleys in this area. If you want to explore you can either wander the alleys on foot where you’ll find hidden coffee shop gems and small markets, or you can pay for a rickshaw ride, where you can see a vast area in a short about of time, and take a bunch of pictures. Exhausted, we opted for the rickshaw ride, and I got plenty of good photos on our hour-long tour. 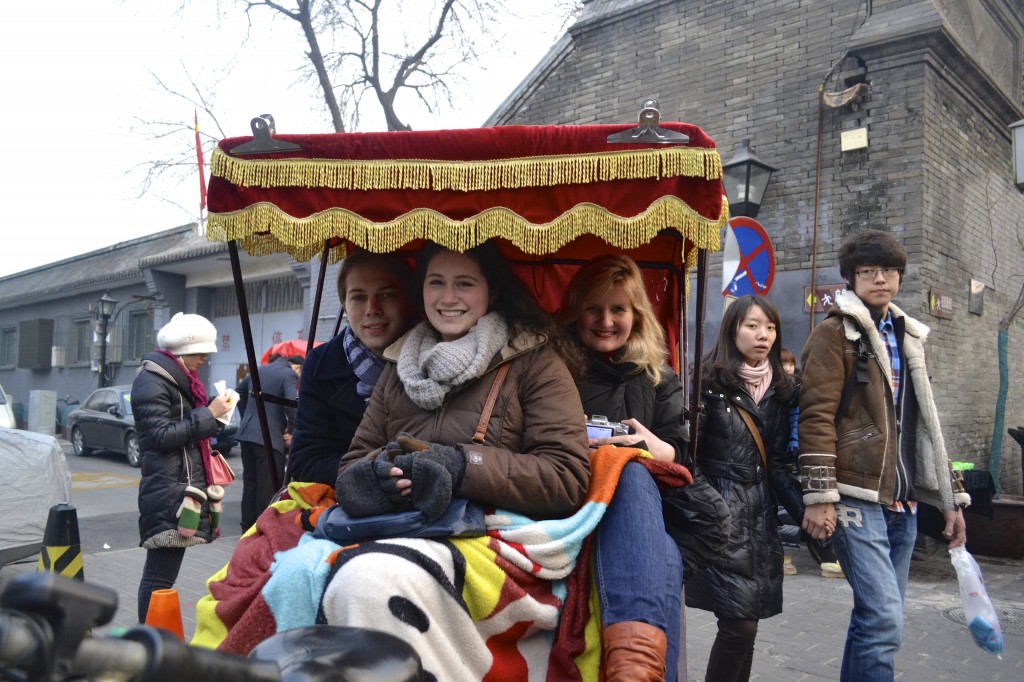 Overall I had a great time in Beijing. It was a much-needed vacation after a terrible month. In a few days I’ll be heading off to Vietnam and Malaysia for the Lunar New Year! The only things standing between me and my trip are 900 students to grade. I feel like a college professor in desperate need of a TA.

Click one of the photos below to open up a slideshow gallery!

4 comments on “Celebrating the New Year in Beijing”