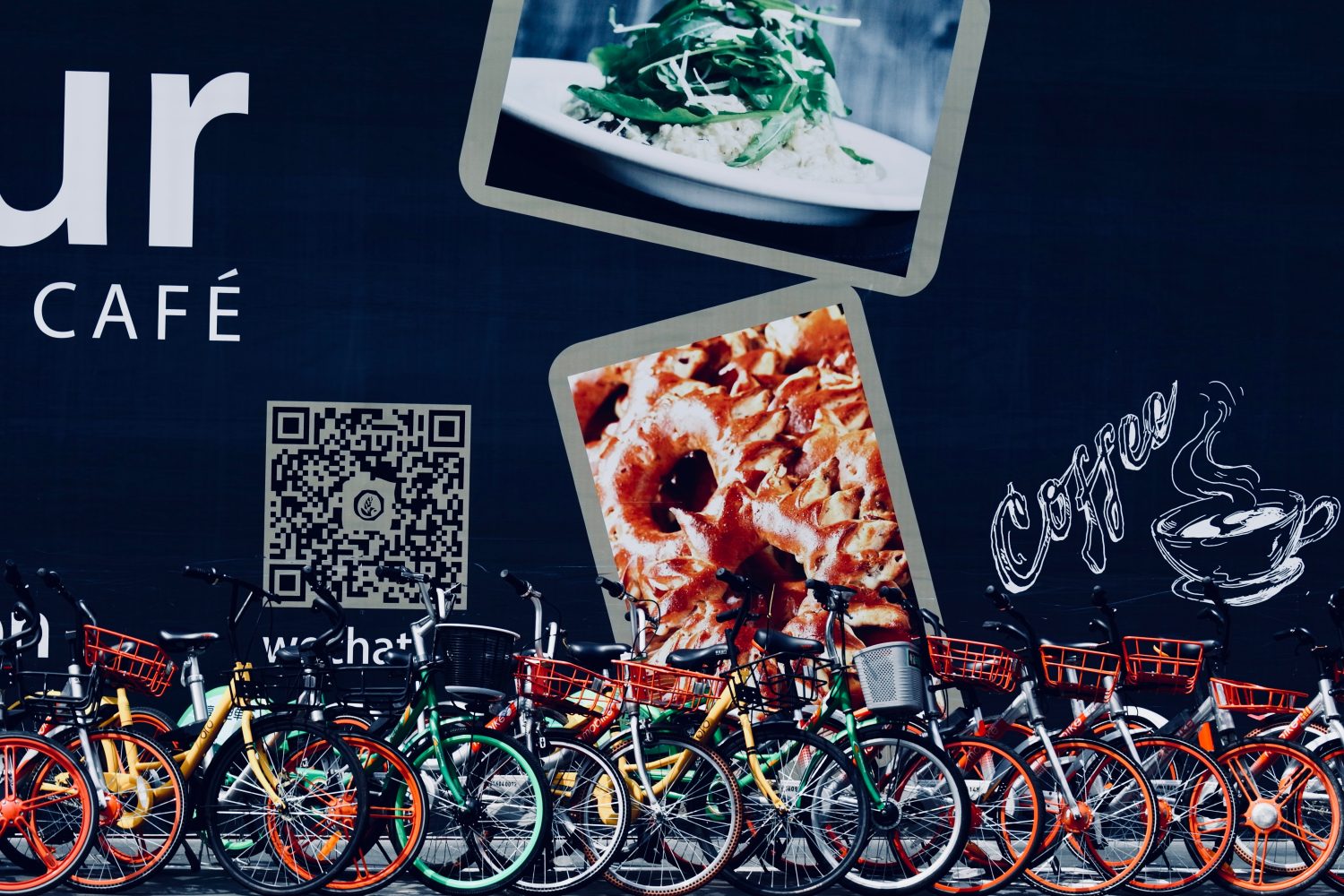 The following is a guest post from Josh of Far West China and Travel China Cheaper. Enjoy!

China, probably more than any other country in the world, has embraced mobile technology and the digital age. It’s ironic, if you think about it, considering China’s heavy-handed censorship. Yet there’s no doubt that if you as an expat want to integrate into China’s modern society, you need to get on board China’s ever-evolving technology.

At first, it can feel a bit overwhelming, particularly if you’re a new China expat. Everything seems to be done on a mobile smartphone and yet without somebody to explain what’s going on, you’re left wondering what app you need to download and how to use it.

What I’d like to do here is walk you through the basics of China’s digital economy and the seven tips you should follow to help you integrate into China’s digital society. 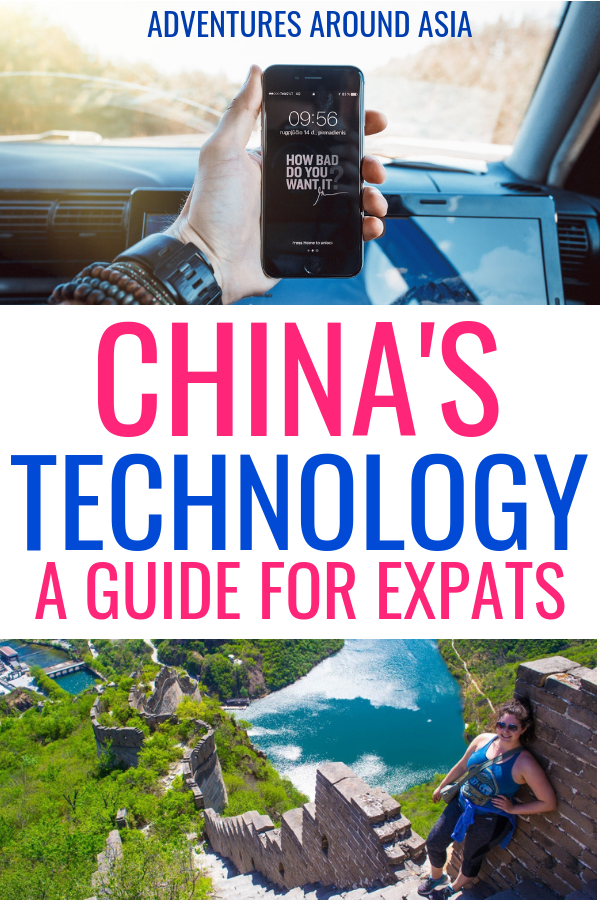 Have you ever played the game Jenga? If so, you’ve probably gotten to the point where the entire structure rests on a single block. Without that block, everything comes crumbling down (and eventually does!)

In China, a valid Chinese bank account is like that block. It’s the linchpin for your entire digital presence.

Before you consider anything else, the first thing you need to do is open a bank account in China. To do this, you’ll need a Chinese phone number, a long-term visa (something other than a tourist visa), and proof of residence. The process isn’t complicated, but it can be frustrating if you don’t speak Mandarin Chinese.

Opening a Chinese bank account is crucial because it unlocks the ability to use many other mobile services. China has placed tight controls on the flow of digital information and financial transactions within the country. For the time being, they are verifying identity and tracking your digital footprint through your bank account.

If this sounds a bit “Big Brother” to you…it is. If you’re going to be living in China, though, you need to get used to that. It’s just a part of life here.

Get Your Ultimate China Survival Guide! 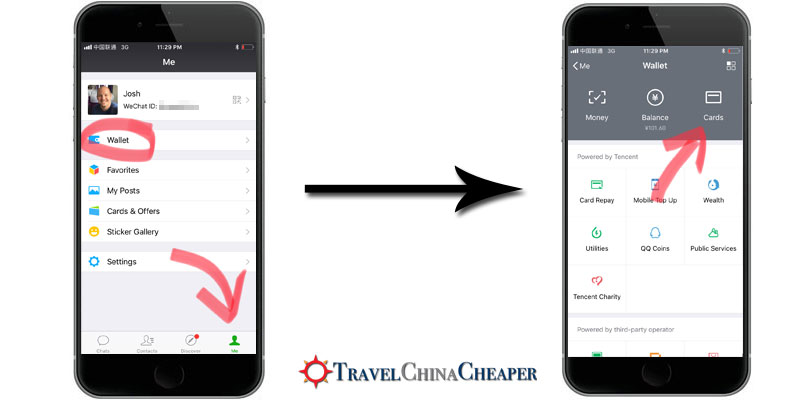 WeChat is your life

2. How to Set Up WeChat Wallet and Connect Your Bank Card

Upon successfully opening a bank account in China, you will be issued a UnionPay card that is basically a bank debit card. You can use this card at major grocery stores and other bigger retail places, but the real value of this card is what you can do on your phone.

One of the first things you might notice when you get to China is that very few people use cash to pay for things anymore. Almost all transactions now are done via mobile payment; everything from major appliance purchases to buying a snack from a street vendor.

Forget Apple Pay, you need to download WeChat. By using your new UnionPay card to open what is known as the “WeChat Wallet”, you can now start using your phone as a form of payment.

This video is 100% accurate

This is where things start to get fun. The digital service industry in China is booming and there’s an app that serves practically any daily need. These apps usually require WeChat Wallet or a UnionPay card, which is why the first two steps are foundational.

Here are a few of the most popular apps that I recommend you download and try.

This service referred to casually as “DiDi”, is the Chinese equivalent of Uber. If you need to get from point A to point B and public transportation isn’t convenient (or fast enough), pull out DiDi. The app is available in both Chinese and English and although you can use a foreign credit card for payment, it’s much easier to use WeChat Wallet or your UnionPay card.

Food delivery is incredibly popular in China, and although there are many options, the most popular is “MeiTuan”. They offer the biggest selection of restaurants and the largest fleet of drivers. Food is ordered and paid for through the app, so once the delivery arrives there’s no need to fumble around for change, even for a tip.

Author’s Note: Eleme is another great food app. I usually use MeiTuan for general ordering because they’re faster and have more options, however, Eleme has some great restaurants that can’t be found on MeiTuan! 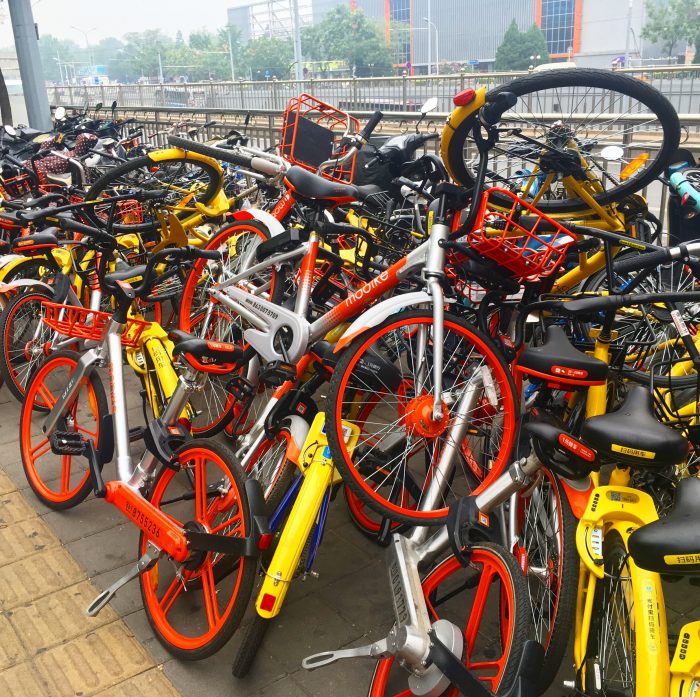 When bikeshare gets out of control

The bike-sharing economy is out of control in China, but that doesn’t mean it isn’t convenient. By downloading this app and providing a down payment, you have access to the orange Mobikes that are littered across every sidewalk. These are convenient for that short distance that doesn’t justify a taxi/DiDi and is much, much cheaper.

There are quite a few other mobile apps that could be listed here, but a lot depends on which Chinese city you’re in and what has reached the market there. Be sure to ask around once you arrive in your new city!

Read Next: 10 Best Apps For China Travelers and Expats

Want to Teach Abroad in China? 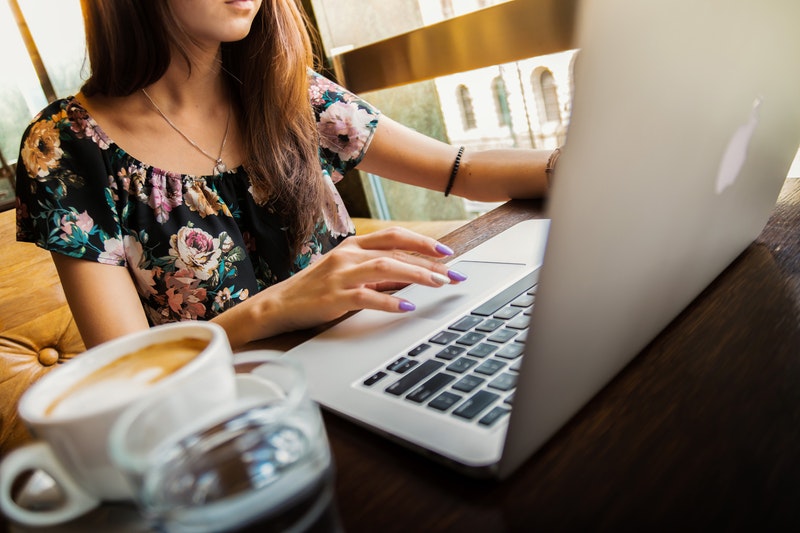 4. Online Shopping in China: Skip the Stores and Buy Online

As with any part of the world, retail stores in China are being significantly challenged by the ease of buying online. Logistics have caught up with China’s massive population, which means that most items can be delivered within only a couple days.

The main players in this space are Taobao, Tmall, and JD.com, with Amazon China trailing a distant fourth. Pick one that works best for you or, better yet, pick one that your local Chinese friend is using so they can help you.

Even for experienced China expats, the first steps taken into the world of China’s online shopping are extremely confusing. The more you can read about how to shop online in China or have a friend walk you through the process, the better off you’ll be.

One thing is for sure: once you get the hang of it, you’ll have to stop yourself from ordering imported goods, clothes and anything else you might want every day.

Author’s Note: Taobao (and T-Mall) is by far the best for buying cheap clothing, apartment items, or anything else you could ever want, however, I definitely recommend JD for electronics and appliances due to their warranty and quality control policies. 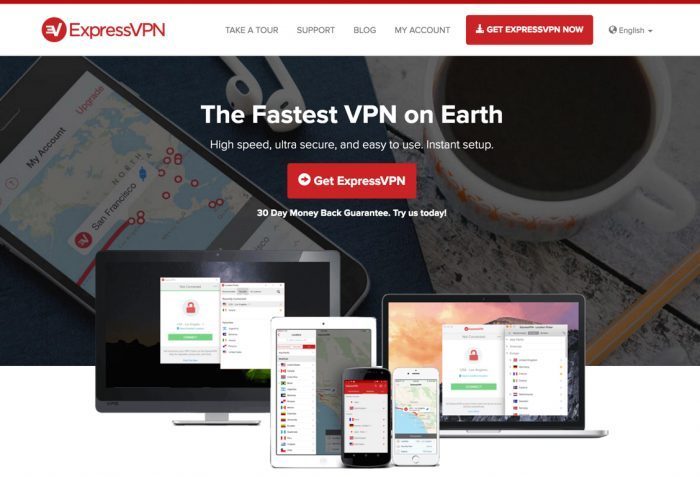 You probably already know this by now, but a Virtual Private Network, or “VPN” for short, is an absolute must for any China expat or traveler. Being digitally savvy in China means knowing how to evade the controls of “The Great Firewall” with a VPN.

And not just any VPN. You need to find a VPN that specifically serves the China expat market because China’s censorship is constantly changing and evolving. In this game of cat-and-mouse, you need a mouse that is willing to keep running around.

If possible, before you even land in China, sign up for a VPN (I recommend ExpressVPN) and download the apps on your computer and mobile devices. The setup process is much easier if you do it before entering China.

Read Next: The Best VPNs For China! 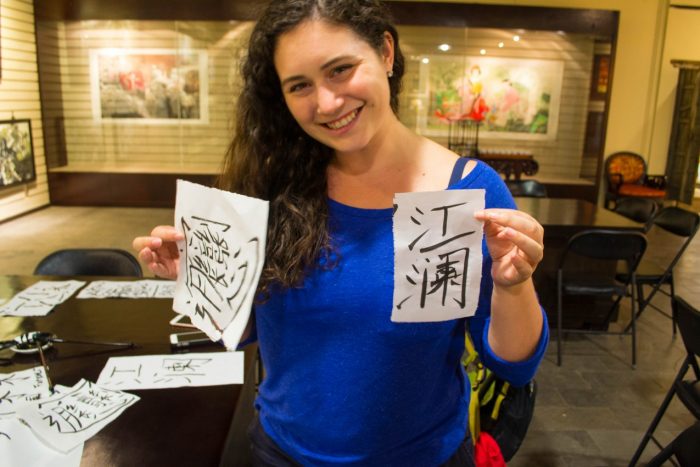 6. Prepare for the Chinese Language Barrier with Tech-Savvy Solutions

If you’re going to be in China, you might as well try to learn Mandarin Chinese, right?

Thankfully, there are tons of great digital tools to help you whether you’re trying to learn Chinese or trying to travel around without speaking Chinese. Here are a few of my favorites to consider:

Did you know that there are apps you can download that will translate what you are saying in English and dictate it back in Chinese? Most of these apps require a network connection and some (like Google Translate) will require a VPN, but it’s worth checking out some good voice translation apps for China. These are especially helpful if you’re traveling to China without being able to speak Chinese.

Among expats in China, Pleco is probably the most popular dictionary app available for download on your mobile phone. Aside from the in-depth dictionary, you can also pay for access to their OCR feature (Optical Character Recognition). Just point your phone camera toward any Chinese characters and as long as it’s legible, you’ll get an immediate translation! 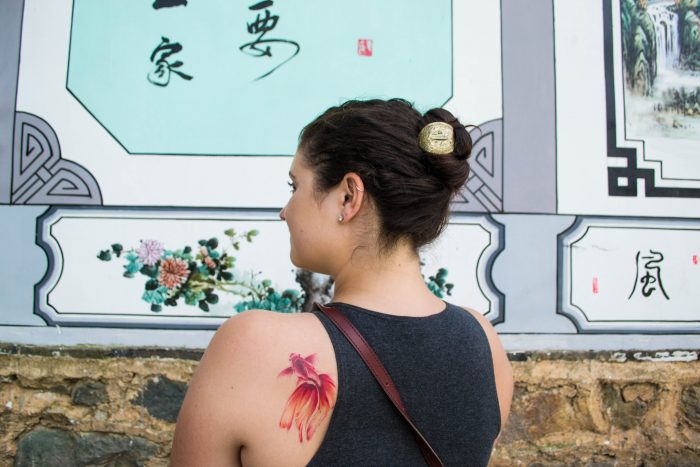 After 5 years in China I finally figured it all out

Of course, it’s entirely possible to get around China without technology. I’ve even written a China travel handbook that could prepare you for most everything you’d need to know for China with or without the use of technology.

The payoff for integrating into China’s digital economy can be sweet, though, and it’s what you’ll find most long-term expats doing.

Make sure you set up a Chinese bank account, open a WeChat Wallet and download the Chinese apps mentioned above. It shouldn’t take long and it represents that foundation of you becoming a tech-savvy China expat!

Do you have any other tips to add here? Things that I’ve missed or that you’ve found particularly helpful for travelers and expats in China? 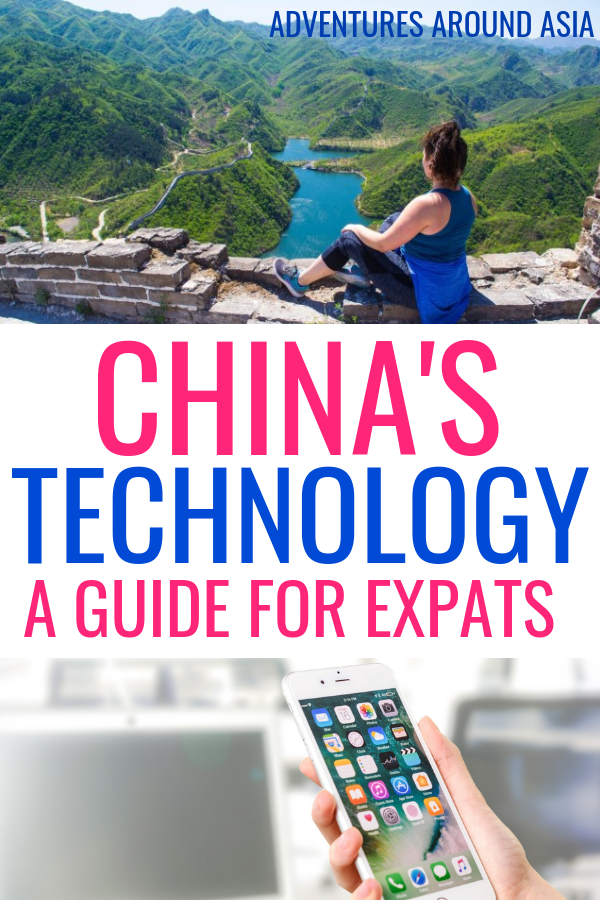 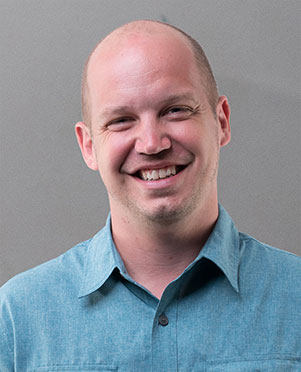 Josh Summers first moved to China with his wife in 2006 and has lived and traveled around the country off and on for more than 10 years. He has authored two books about China, written for the Lonely Planet and continues to share China travel tips on TravelChinaCheaper.com.

8 comments on “7 Tips to Get Started with China’s Technology: WeChat, Apps, VPNs, and More!”