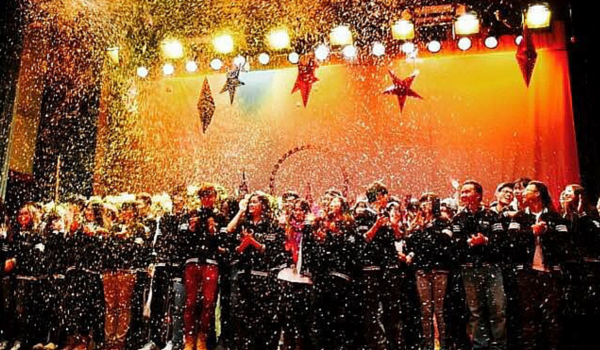 Spending Christmas away from family and home can be a bit rough. For me, it’s just not feasible to make the long and expensive trip home for such a short time. Especially since I have finals coming up. 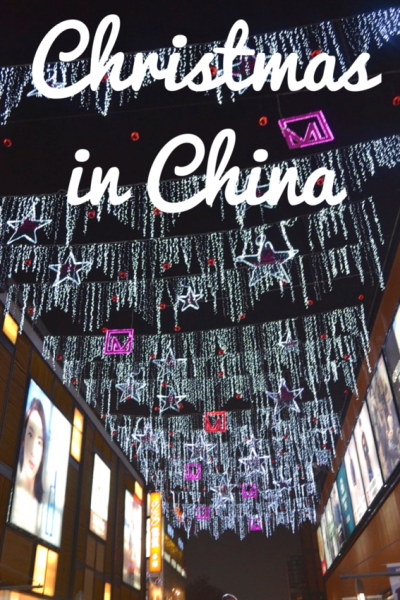 I will say that this year’s Christmas in China went much better than last year, when my Christmas cheeseburger gave me horrible food poisoning that landed me in the hospital! I figured that as long as I didn’t spend Christmas throwing up, it would be a success. 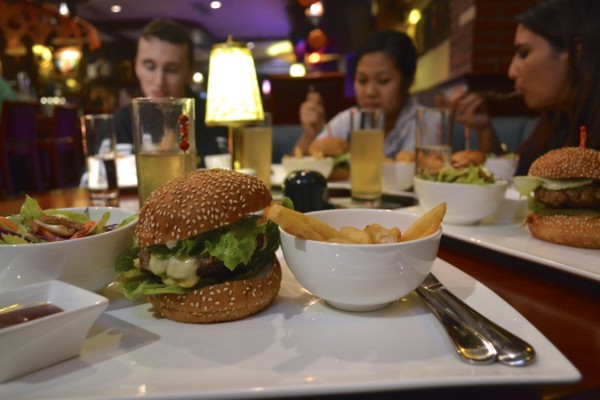 Most of my friends have a ton of final exams coming up, so they’ve all been very busy. My final exams were mostly huge 15-page essays that were all due two weeks ago (If you were wondering why my posts have been sporadic now you know), so I actually only have one final exam. 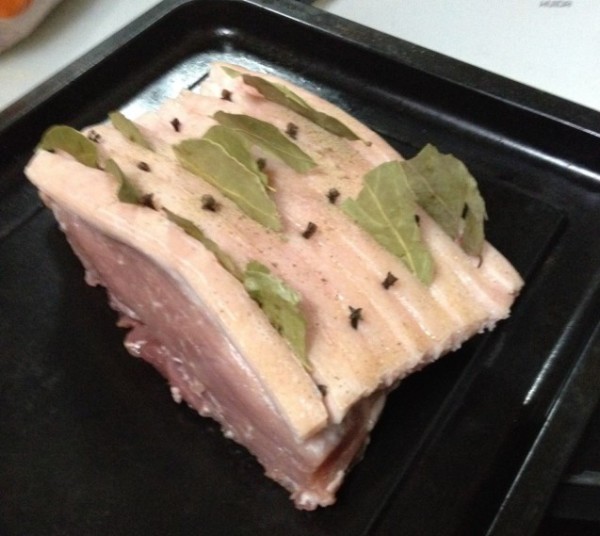 Because of this, a few of my friends decided to host a Christmas party a week early. We made a pork roast in a tiny portable oven, and drank mulled wine. We also decorated a mini Christmas tree they bought on Taobao (Chinese Amazon) and attempted to build a gingerbread house. Unfortunately the gingerbread house wasn’t a kit and didn’t come with candy or frosting to put it together, so we just ate the pieces instead.

After eating the pork roast we were still a bit hungry, so we all went and got Chinese street food whilst wearing santa hats. Then we brought it back to our dorm and played uno until 2am. Merry Christmas! 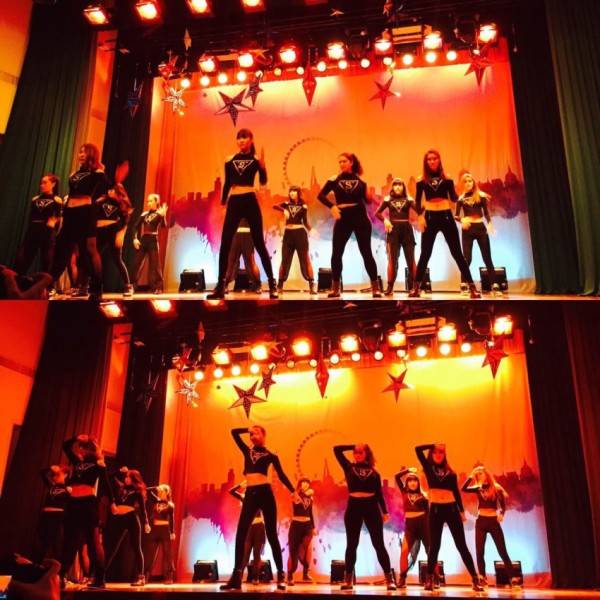 Last year I was forced to sing in front of my entire high school for the Holiday talent show. This year I performed again! Thankfully, it was dancing and not singing this time around.

As many of you know, I joined my school’s dance group “Shuffle Crew”, which has been keeping me very busy. Shuffle Crew is an audition-only dance group on campus that performs occasionally and hosts random flashmobs (aka “surprise performances”).

Every year Shuffle Crew always performs as the final act of the year’s Christmas Show. I wasn’t aware until recently just how big of a deal the Christmas show is. Groups spend months practicing, and only the best performances are allowed in the show. Shuffle crew performed for a solid 15 minutes, and I had to learn three different dances. 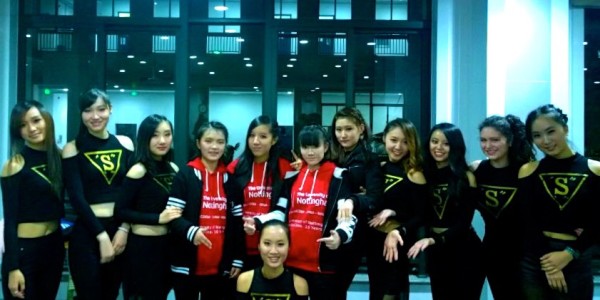 Basically the entire week before the Christmas Eve show, I spent all day every day practicing. Thank god I only have one exam! Everything had to be absolutely perfect. Some days we were in the auditorium/dance room from 9am-6pm! I’m the only foreigner in the group besides a breakdancer from Indonesia, so it was a pretty good bonding experience for me and my 18-year-old Chinese friends.

Not only did we spend hours every day practicing, the Christmas show is very popular with the Chinese students. The auditorium isn’t very large, so students had to get tickets. The tickets were free, but limited to the number of seats in the auditorium. Because of this, people started lining up two hours before the tickets were scheduled to be handed out. The line was literally mile long. It was crazy! 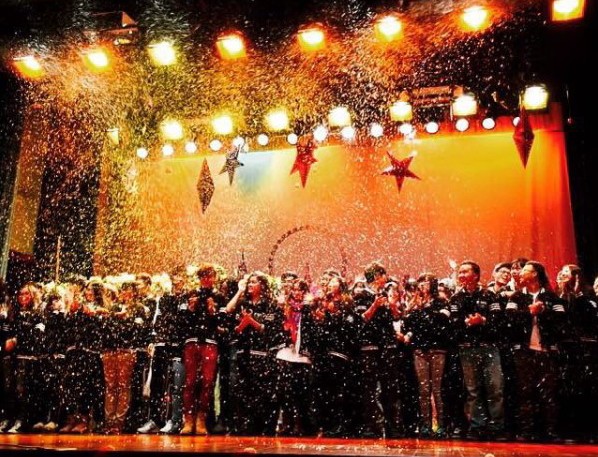 The Christmas show actually went really well. A few of my friends were able to sneak in without tickets, and the auditorium was absolutely packed. There were about 50 people standing in the back without seats! Hopefully I’ll get a video of our dance soon, which I can share with you all!

After the show we stuck around and took literally 1,000 photos (I’m not kidding, they love selfies). Then we all headed out to a local Dongbei restaurant. “Dongbei” in Chinese means “northeast”, so the restaurant served the hearty food you’ll find in cities like Beijing, Tianjin and Harbin. It was about 10:30pm at night, and the restaurant pushed all the tables in the entire restaurant together so that all 30 of us could sit at one large table. 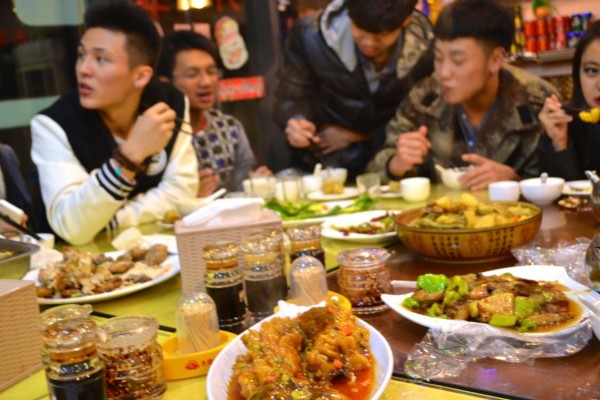 My dace friends ordered enough food to feed a small army! We had fish, sweet and sour chicken, pumpkin and potatoes, spicy green beans, turkey, and sweet potatoes among other things. I think I ate literally half of the spicy Sichuan green beans (which I insisted we order) because they’re my absolute favorite.

The most entertaining portion of dinner came when I asked a few guys for a piece of fish since I couldn’t reach the plate. They handed back my bowl completely full! “That’s so much!” I exclaimed. It turns out the reason my bowl was so full was that the piece of fish they gave me was hiding a giant fish head. There wasn’t even any meat left on it! 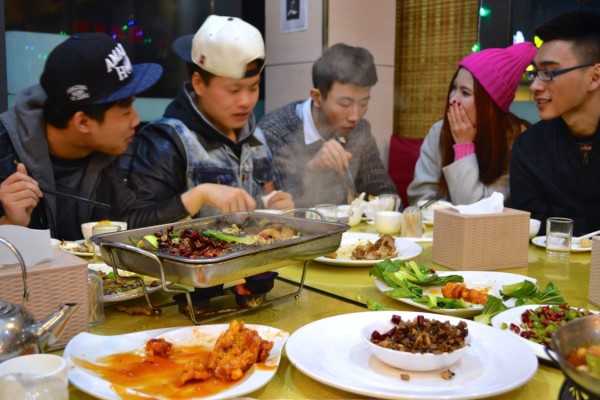 Merry Christmas! Thanks for the fish head.

“Thanks guys!” I told them, holding the fish head up with my chopsticks. They assured me that the head was the best part and doubled over as I pretended to put the entire thing in my mouth. They then told me it was my Christmas present. Merry Christmas to you too….

After dinner the group of us went outside and lit a bunch of floating lanterns. This was the second time I had ever done this, and it’s always so exciting for me! None of our lamps caught on fire or crashed into any of the surrounding apartment buildings, so I’d call it a success! 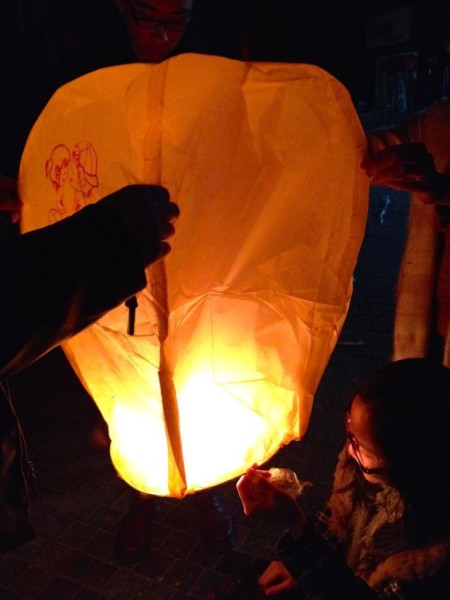 After lighting the lamps, the group of us grabbed approximately five taxis which we took a few blocks to a fancy hotel for a “room party”. Long story short, the Chinese students have a curfew, but international students don’t. I’ll leave that rant for my China Culture Shock series, but basically it’s ridiculous. To get around this, the 30 of us paid for a hotel suite, so the Chinese kids could drink, sleep and be merry.

The group of us piled into the hotel room (I’m still surprised they let all of us in there/we didn’t get a noise complaint). We then proceeded to play a Chinese number drinking game. Basically the Indonesian guy and I failed miserably. Not only was it a new game for us, we had to do it in Chinese! At least it was good practice for my Chinese counting. 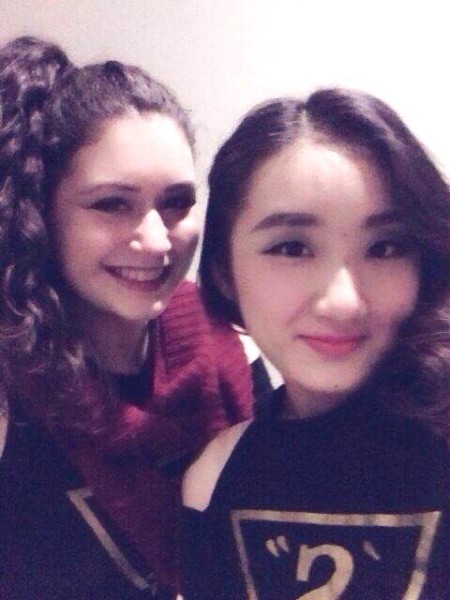 Eventually around 3am everyone was drunk. About 10 girls were asleep on the king bed, and everyone else started talking about their relationship problems. Apparently I’m one of the only people on the entire team who doesn’t have a significant other. Way to rub it in guys.

Finally by 4am I grabbed the two guys who live in my building (I can swipe them in) and went home. I had to Skype my family the next morning!

I can definitely say that this Christmas was very eventful. While not too traditional, I had  great time. If you’re ever missing your family and friends back home during the holidays, my advice is to just keep yourself really busy. I didn’t even have time to sleep, let alone miss anyone.

I did get to Skype my family Christmas morning, and my brother made sure to rub the Christmas dinner in my face… literally. While I didn’t care so much about the ham, I got really upset about the scalloped potatoes and apple pie. He made sure to eat his dessert really slowly in front of the camera for me. My family is so kind. 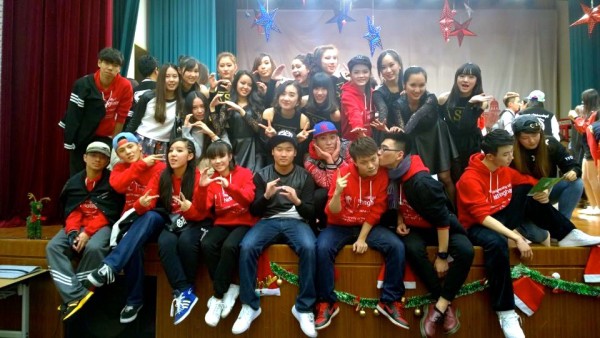 Have you ever celebrated the holidays abroad? What did you do?

2 comments on “Christmas in China”