What is Hanoi without a trip to the famous Ha Long Bay. Stunning limestone cliffs, kayaking through caves, and getting a glimpse of local life on a floating village… What’s not to love?

My second full day in Hanoi, the group of us did a tour to Ha Long Bay, a beautiful bay with many islands and rocky cliffs. Ha Long Bay is a must-see when visiting Hanoi, and tours are offered from one day to a full week! After asking around, my hostel was offering a significantly better deal than the other hostel, so we booked a full-day tour with kayaking included! When I woke up bright and early it was pouring rain outside and the weather was a bit chilly. Not the best day for a tour unfortunately, but that’s what you get when you travel to Hanoi in the winter.

After scarfing down a free hostel breakfast (why doesn’t China have free breakfast?!) we loaded into the van to head out towards Ha Long Bay. It was a few hour drive past small towns and rice farms but eventually we arrived! Thankfully it wasn’t raining much at the bay, but it was still a bit misty and chilly. 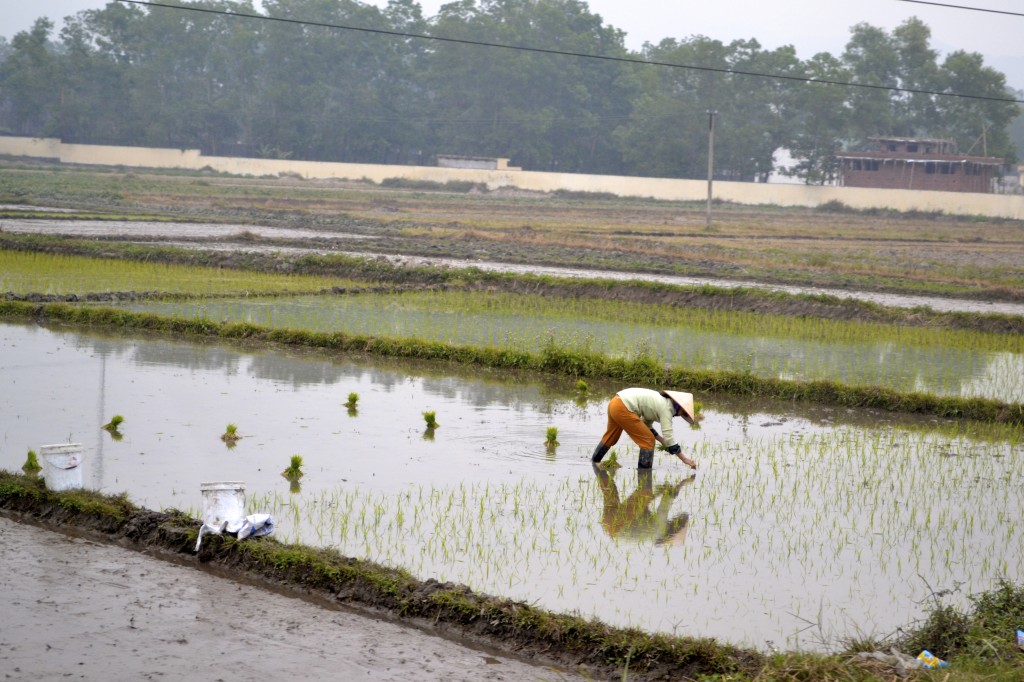 Eventually we set off, winding our way through large rock islands. We enjoyed a nice lunch, and took photos on top of the deck. After about an hour we reached a small floating village, complete with its own floating primary school! From there we rented kayaks and kayaked around the bay and through a cave into a small pool surrounded by rock.

I was afraid to bring my camera in the kayak in case it got wet so I don’t have any pictures, but I had a lot of fun! In my opinion, the kayaking portion was way too short. I could have kayaked around the village area for a few hours! But unfortunately, that’s what happens when you’re on a scheduled tour. They need to get people in and out as quickly as possible so that the next few boats can arrive.

In the warmer months you can swim around in the Halong Bay, which would’ve been great. While winter isn’t the best time to visit Vietnam, I still had a good time despite the chilly air. 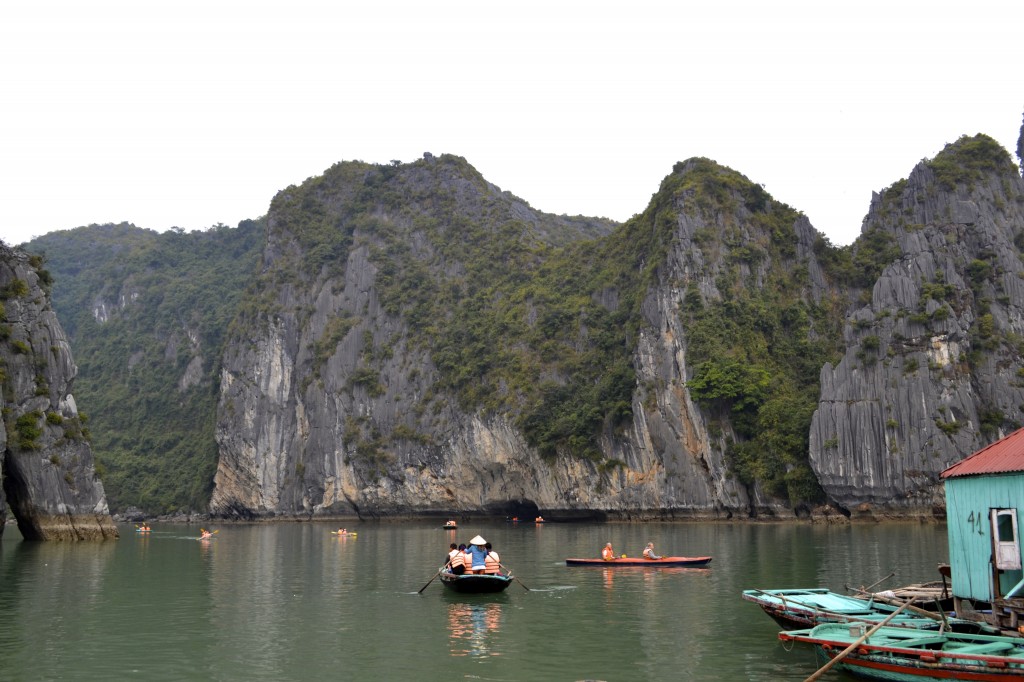 Others kayaking through the cave into the pool

After the village, we headed to an island cave. The cave was originally discovered by a man who climbed the mountain to escape a typhoon and fell into the cave through a weak part of the wall. The cave is full of different stalactite and stalagmite formations and lit with colored lights.

After the cave visit it was time to head back home. After a long boat and bus ride we were exhausted, but excited to eat some amazing street food! Next up: Ho Chi Minh City, the Mekong Delta and Vietnam’s amazing cuisine!

Not the best weather, but we made do!

Arriving at the floating village

Camouflage. He was texting under the life jackets