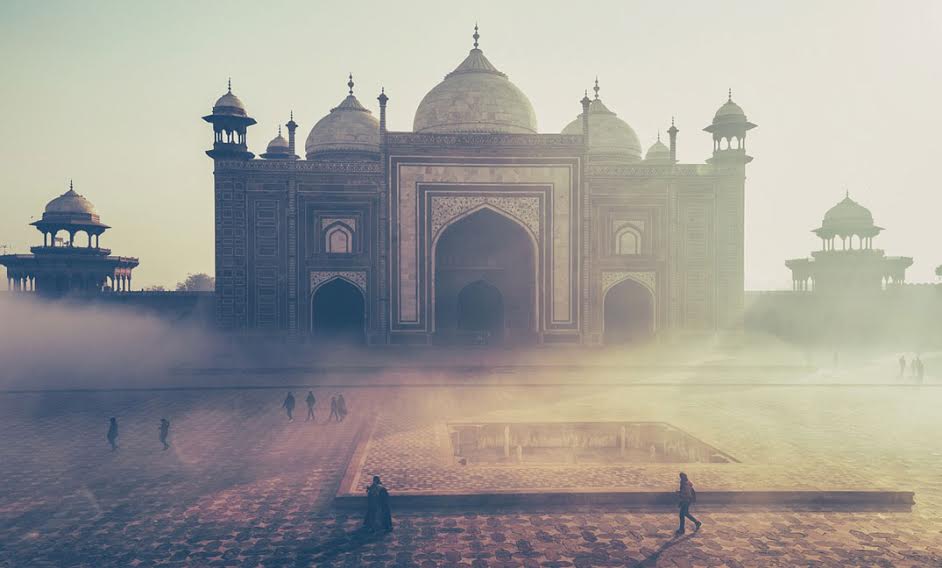 What country is right at the top of my list? India.

While India can be a bit controversial in terms of safety, I’ve been dying to visit the country for years now. As soon as I can afford to get more than a week or two off work, I can wait to explore India for months on end. That’s why when Indian travel blogger Rohit offered to share India’s off the beaten path gems, I couldn’t help but say yes! 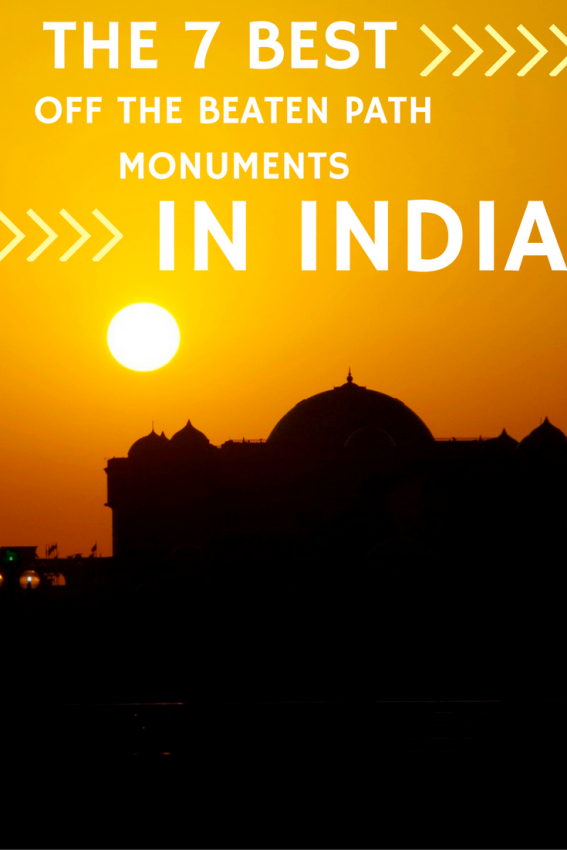 The different cultural influences in India down the years have initiated the building of architectural heritage monuments that are unique and diverse. Some of these great architectural buildings are ever-present on the traveler’s itinerary. However, there are some that are not much in the limelight and miss the tourist’s attention.

Those tributes in stone remain tucked away in every state in India, waiting for a visitor to unravel their glory. Here we are eager to dig deep into such amazing, yet lesser known historical monuments. 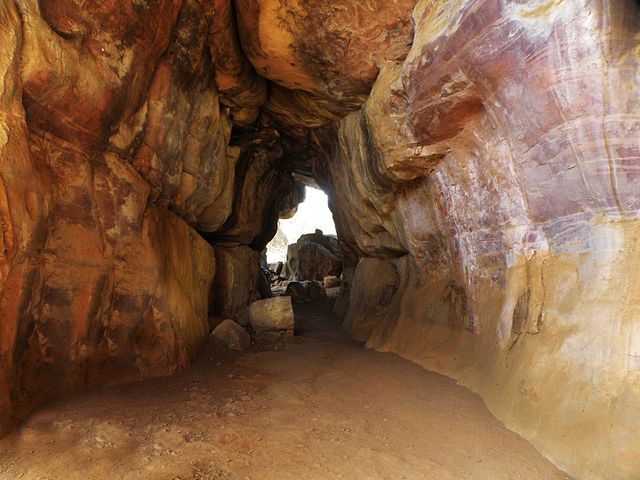 The Bhimbetka caves in Bhopal, Madhya Pradesh will transport you to pre-historic times, replete with the scriptures and paintings. They are located at a distance of 46 kilometers from Bhopal. The caves are more than six hundred in number, nestled amidst jungles of sal and teak trees and amongst rocky cliffs.

The paintings in them illustrate birth, death, hunting, celebrations, felicitations and lifestyle in the era of pre-civilization. The grottos include the 30,000 rock paintings that depict the progress of life in those days. There is a sudden sense of nostalgia that grips visitors as they wander through the caves, perhaps experiencing a queer déjà vu through the cave paintings. 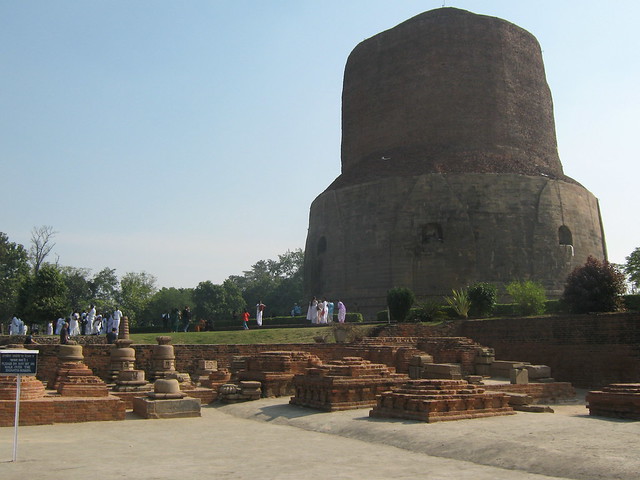 The Dhamek Stupa was erected during the Mauryan rule of emperor Asoka. It stands out as a rare testimonial to Buddhist art and architecture. The artifice that is cylindrical in shape is about 34 meters in height. This is the place from where Lord Buddha is said to have preached his first sermon. The Stupa is exclusive in its ornately designed borders of human figurines and flowerets. It is one of the most pristine examples of architectural brilliance not often visited. 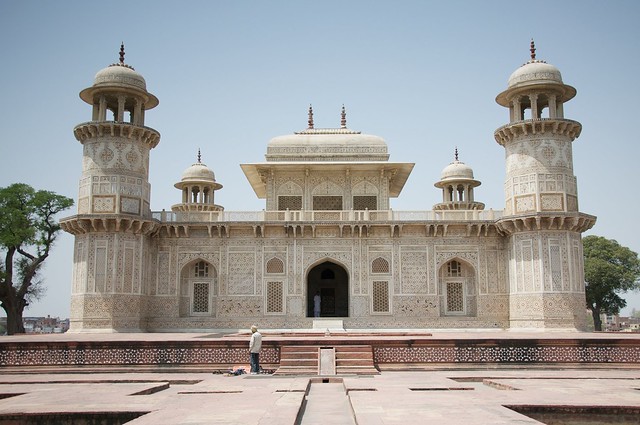 The tomb of Mizra Ghiyas Beg, most lovingly remembered as the Baby Taj, is a lesser visited, yet unique monument that exists as a relic of the past. The person lying underneath the grave was the grandfather of Mumtaz Mahal. He was also the noted Chief Minister of emperor Jehangir. Noor Jehan was said to have built this monument on the banks of the river Jamuna long back between 1622 and 1628. The tomb has a magnificent appearance and the lattice screens which bear evidence of great Muslim architecture are a wonderful visual experience for travelers. 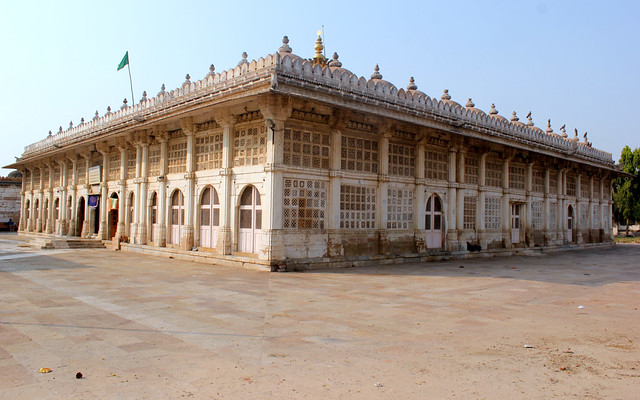 Photo by Nagarjun Kandukuru, CC BY 2.0

The Sarkhej Roza in Ahmedabad is a perfect example of a medley of Islamic, Hindu and Jain designs. It adds to the heritage of the monumental buildings present in Ahmedabad. The edifice which is a wonderfully ornate and decorative lattice design that covers the building’s main hall and that which projects beautiful light and shadow during the daytime is a wondrous experience for any traveler. The lake at the back of the monument along with the presence of graves adds to the phenomenal grace and serenity to the place. 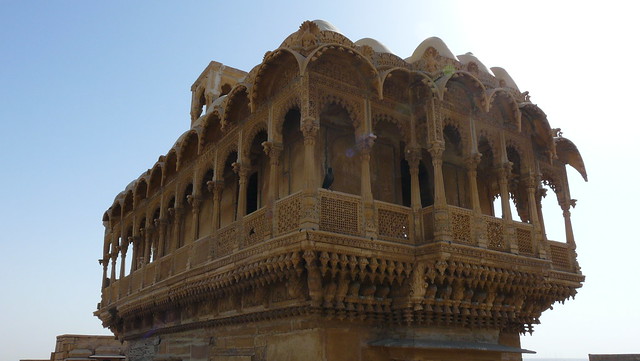 This three-hundred-year-old monument is shaped like a peacock, the national bird of India. It was built by Salim Singh, the then Prime Minister of Jaisalmer. There is the narrow structure at the first floor while the top level of the building expands into a mass like peacock’s plumes outstretched. The curved balconies and the roof with blue ceilings are reminiscent of the peacock bird, thus adding a sense of unique and exquisite appearance to the building. Although there are too many must-visit Havelis in Rajasthan, this one invariably demands a special visit. 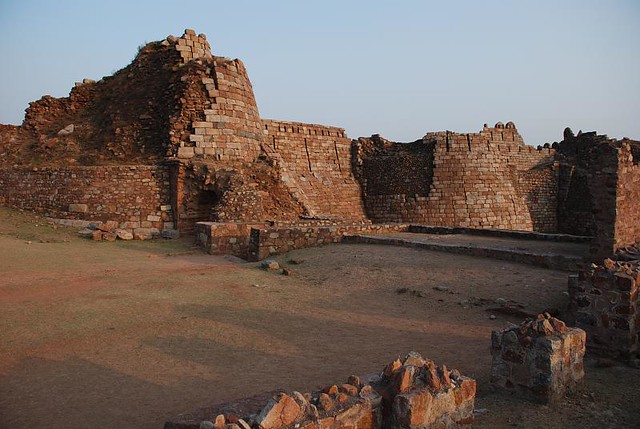 Tughlaqabad in New Delhi is a very impressive citadel and yet, not many people have been adding the place to their India itinerary. The ruins of the ancient place contain monuments and architecture that would remind one of the great city of Mohenjodaro and Harappa. The fort Tughlaqabad Qila was built by the ruler Ghiyasuddin Tughlaq, the founder of the Tughlaq dynasty. The place is connected to New Delhi, through the Grand Trunk Road.

The seventy temples at a place called Maluti in Jharkhand are definitely worth including. These temples stand tall and make a mark as relics from the past, having been standing there since the Baj Basanta dynasty. The temples portray scenes from the great epics depicted on the wonderful terracotta. However, the site is marked endangered due to lack of maintenance.

It is a pity that only a small number of monuments have made their ways to the hall of fame of stunning masterpieces. The rest have passed into oblivion and they are sadly not famous but they do demand care and maintenance. They perfectly stand out in their towering and palatial brilliance even to this day.

Did we miss any hidden gems? Which off the beaten path monuments in India are your favorites? 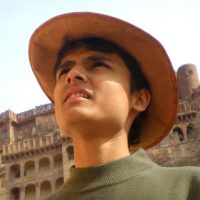 Rohit Agarwal is noted for his nose for news on travel and tourism. He unravels the mystery places less visited and puts them up on his blog with intriguing and useful details for people to visit those places. Rohit is a blogger on Trans India Travels apart from pursuing his career as an architect.