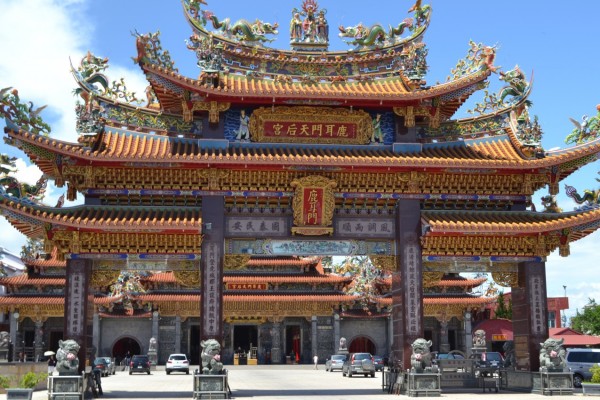 Tainan, the oldest city and Taiwan’s ancient capital, is famous for more than just its amazing food. The thing that struck me most about Tainan was the sheer amount of beautiful temples. You can’t wander more than two or three blocks without running into one. Tainan’s temples are tucked into alleyways and crammed in-between shops. Many stores and restaurants even have their own shrines on the sidewalk where owners burn incense and present offerings. Most of the temples are Buddhist or Daoist with a large emphasis on traditional Taiwanese folk culture. While there is also a large Confucian temple in Tainan, Confucianism doesn’t seem to be as popular in Taiwan as it is on the mainland. 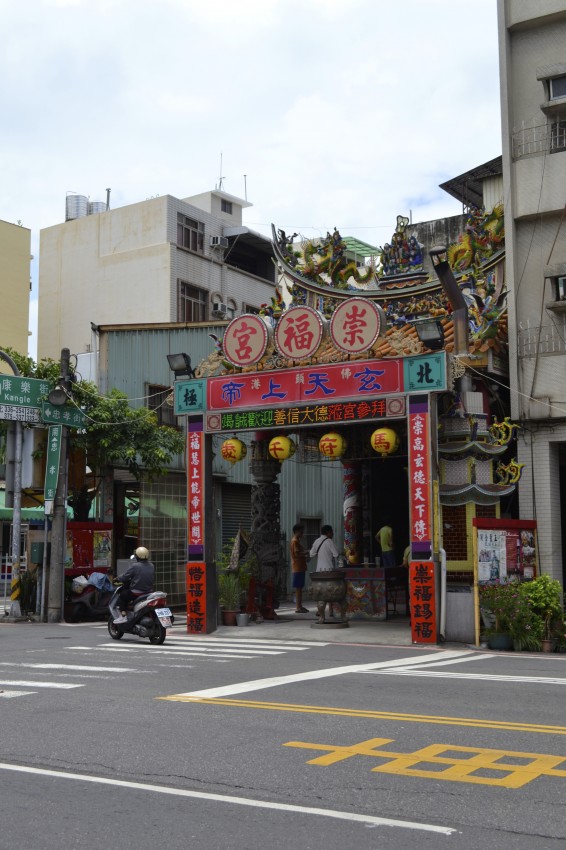 Small temples are scattered all over the city

Tainan is filled with history, and many of the temples date all the way back to the 17th century. I was shocked to learn how old the temples in Tainan are considering how well-kept they look. Compared to mainland China, Taiwan takes very good care of ancient and historic sites, akin to other countries like Japan and Korea. It probably helps that there’s a lot less pollution in Taiwan! 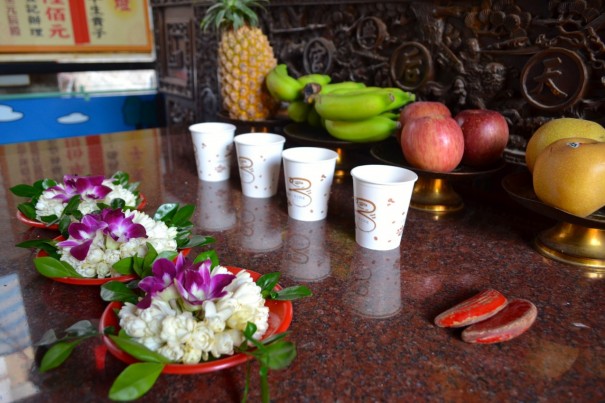 Offerings at a local temple

I was also surprised by how religious the locals appear to be. Every temple I visited was packed with people waving incense, lighting candles and leaving offerings. My favorite aspect of Taiwanese folk religion are the wooden crescent fortune-telling blocks pictured above. Locals will ask the gods a question and toss the blocks onto the floor. The positioning of the blocks gives them one of three answers: yes, no, or try again. It’s not uncommon to hear the clatter of the blocks falling to the floor as you wander through a temple. At one temple, I spotted a couple in their early twenties using the blocks. The girl looked on with a concerned expression as her boyfriend tossed the blocks to the floor. It was so interesting to see such devout young couples all over Taiwan. 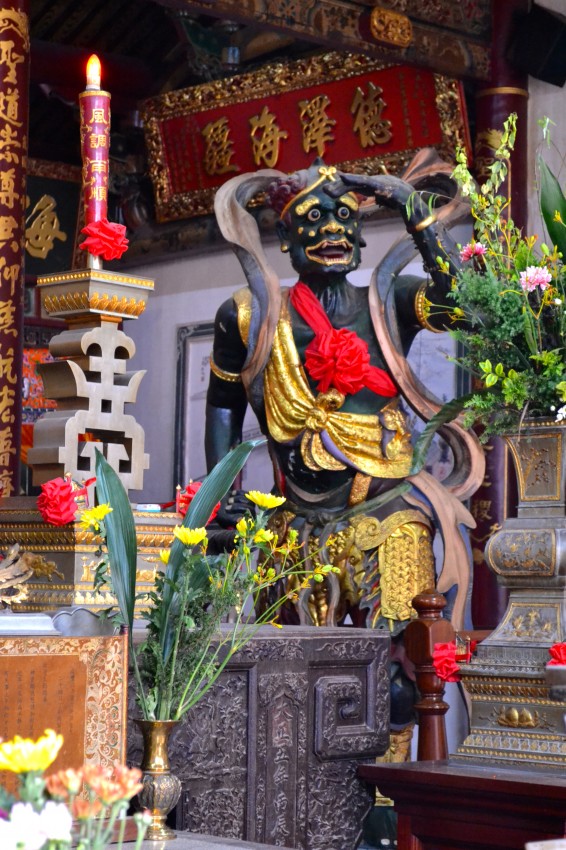 While there are plenty of temples in mainland China, the locals seem a bit less religious than they do in Taiwan. Most Chinese people who I know are atheist, and view Confucianism as a way of life rather than a religion. They’ll rub turtle statues for longevity and burn paper money for their ancestors, but most people don’t actually believe in any sort of god (or gods). The exceptions are Buddhism, Daosim, and Christianity, which exist in China on a much smaller scale. Some areas like Xinjiang and Xi’an have very large Muslim populations, while Tibet is very Buddhist, but for the most part, religion plays a small role in the lives of the mainland Chinese.

In Taiwan, every temple I visited was packed with people praying, relaxing, and giving offerings. I think the main factor that has led to this difference in religious devotion is Communism. Under Mao, religion was strictly forbidden, while in Taiwan, faith was allowed to thrive. 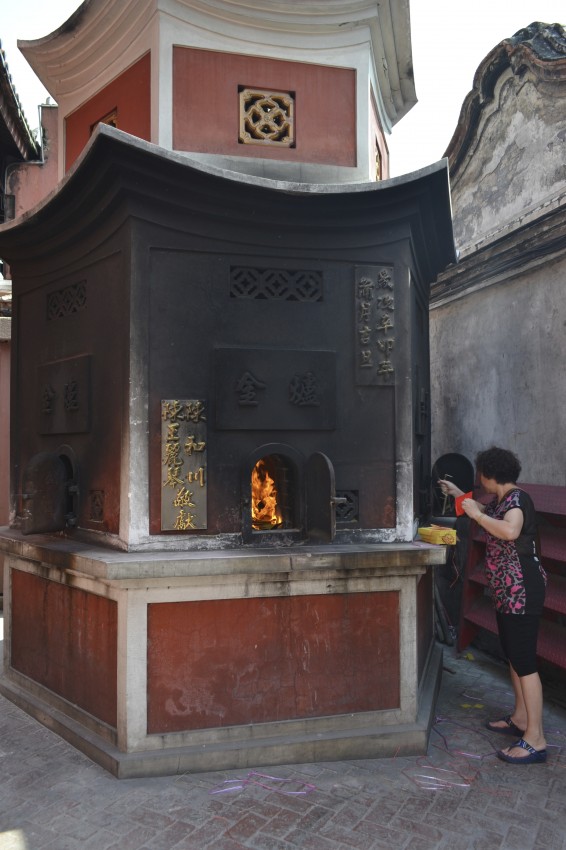 On my first day in Tainan, I did a temple (and food) tour of the city. I spent all afternoon wandering in and out of temples, taking photos and exploring. The most interesting thing I saw while exploring was a small, understated room dedicated to a Daosit marriage deity. It was packed with women leaving offerings hoping for future love and marital happiness. On the walls were hundreds of photos that couples had left behind. I spent a few minutes scanning the photos and was surprised to find images of gay couples and foreign couples (and gay foreign couples)! 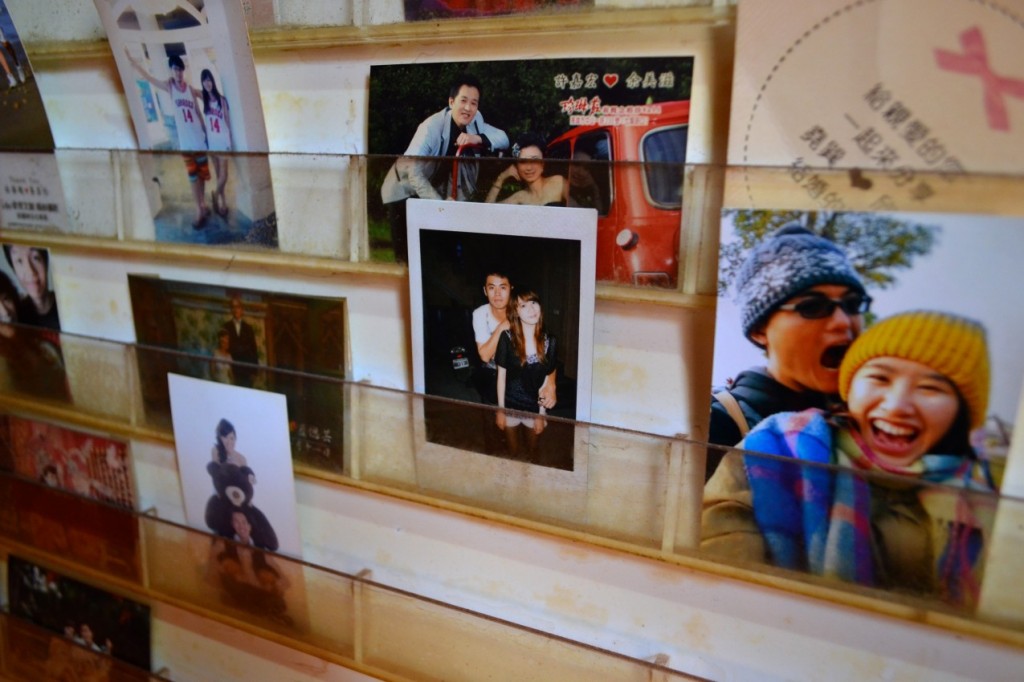 photos of couples in the Daoist temple

While the marriage room was interesting, the coolest temple I visited was the Luermen Tianhou Temple. It’s a bit out of the way and you’ll have to take a tourist bus past Anping to get there, but it is absolutely spectacular. You can easily do a day trip via tourist bus to this temple and Anping, where you can see the Dutch Fort and the Tree House. 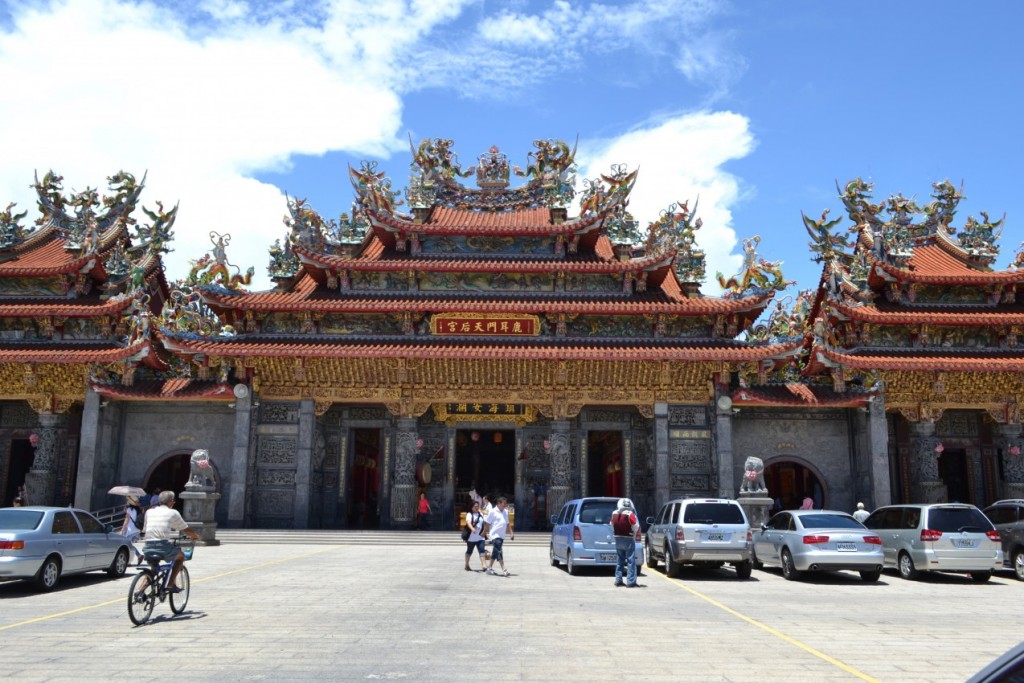 When Ming Dynasty patriot Kongxia arrived in Taiwan in 1661 to drive out the Dutch, he created this temple to honor Matzu, the sea goddess. Originally a small house, it was expanded in 1719, creating the beautiful temple we see today. Matzu appears to be the most popular goddess in Taiwan from Kongxia’s period in history; most of the major temples in Tainan are dedicated to her. The reasoning behind this is that the voyage from the mainland was somewhat treacherous, so those who arrived in Taiwan felt they owed Matzu their lives. 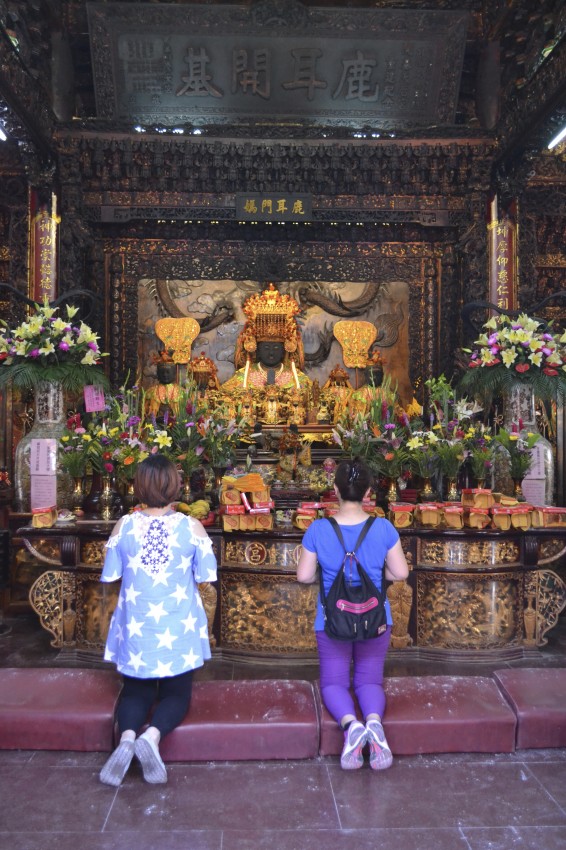 The temple is absolutely spectacular and incredibly ornate. From the detailed shrines to the colorful ceilings, there’s almost too much to look at! While there were many people visiting the temple to pray, I was shocked by the amount of photographers with fancy DSLR’s taking photos of the temple. 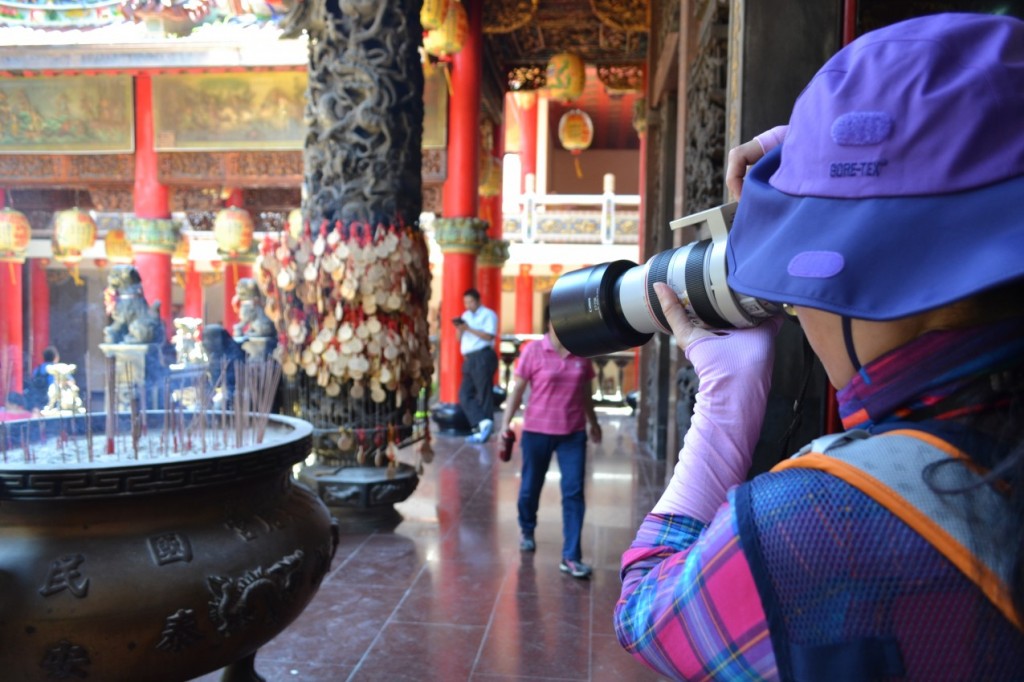 A photographer zooming in on the incense

Overall, there are two reasons to go to Tainan: food and history. Tainan has some of the most beautiful and historic temples I have ever seen, and it was an incredible experience to witness the cultural religious practices of the Taiwanese.

Check out some more photos of the Luermen Tianhou Temple Matzu temple:

(Click on a photo to see it up close!)

I was shocked by how colorful and ornate these figures are

Have I convinced you all to visit Tainan yet?

7 comments on “The Temples of Tainan”