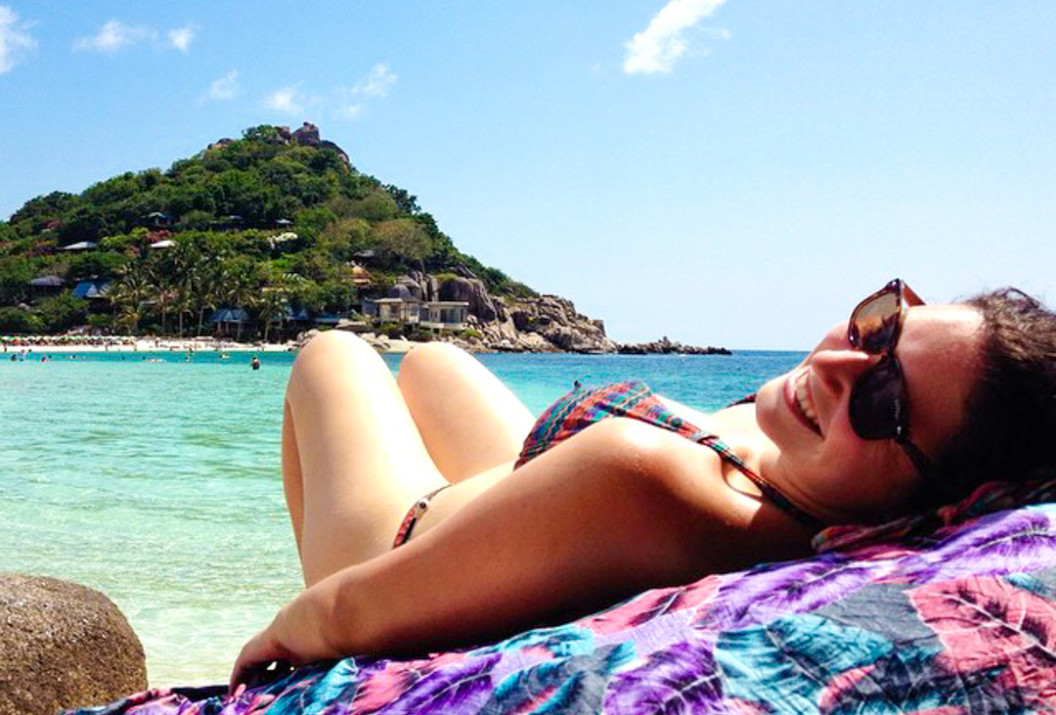 A few days ago I emailed Arianna Huffington with a pitch about how travel is ruining my love life. Two hours later she accepted and one day later I became a published Huffington Post contributor!

For those of you who missed it on social media, I thought I would share this wonderful story with you, which is actually based on a similar post I wrote a year ago.

If you want to see my piece featured on Huffington Post, you can check it out here! 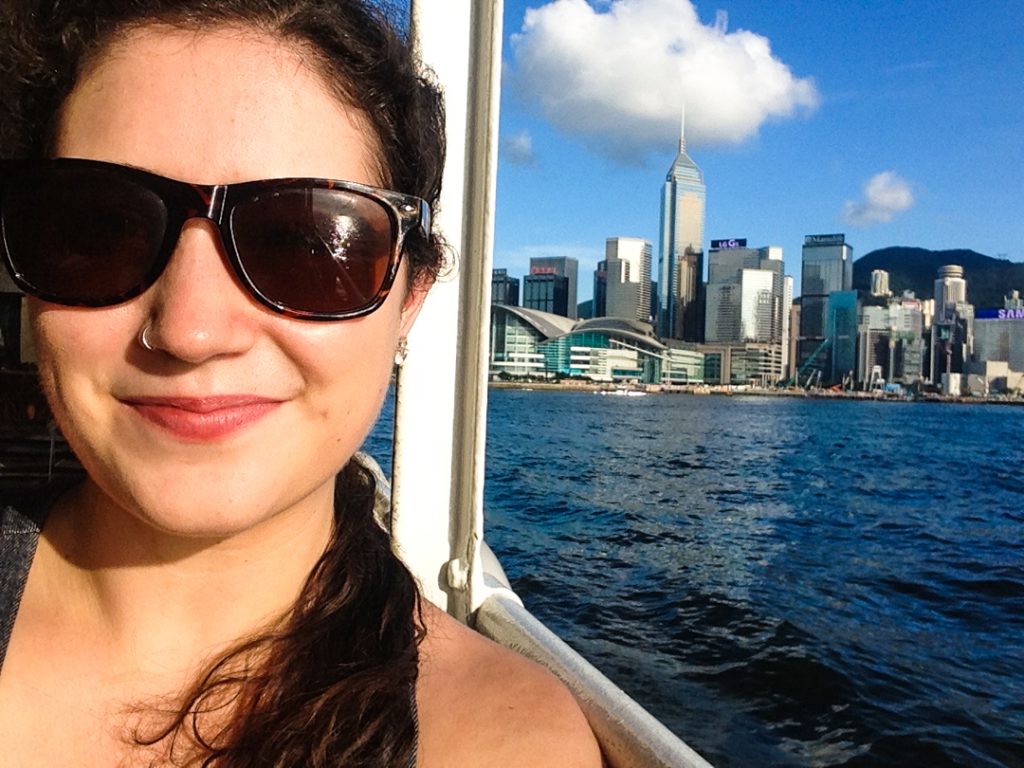 Living the life in Hong Kong

How Travel is Ruining My Love Life

Five years ago, I left my serious boyfriend to study abroad in China and I’ve been hooked on travel ever since.

Every girl should try living abroad by themselves once. Go somewhere with no friends, no boyfriend back home and stay single for a while. Learn about yourself, make new friends, explore new cultures and travel solo.

I’ll admit that it’s been an empowering experience. Traveling solo as a woman can teach you so many things, and I’ll be honest: It was fun being single!

Sharing a romantic kiss on the beach while watching sparkling plankton waves lap the shore. Exploring night markets while sampling all the local delicacies. Dancing under the moon to rhythmic techno music. I could probably write a book on all of the romantic moments I’ve had while traveling. 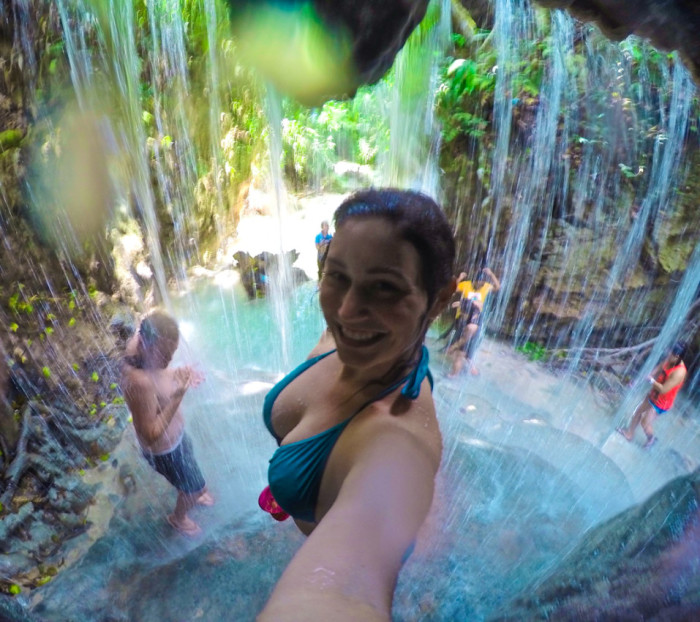 Playing in waterfalls in the Philippines

I’ve traveled to over 30 countries, and l’m living the dream in Beijing… but I haven’t had a serious boyfriend in almost five years.

I’m in such a different life place than everyone I meet in abroad. I’ve been living in China for three years now, and while I don’t plan on staying in Beijing forever, I also don’t want to go back to the U.S. any time soon either.

Most people are in China for a year or so before they head back home. Why get your heart involved when you’re just going to leave in a few months? This is their fun China year before heading back to the real world. Why not go crazy?

But this isn’t my fun China year. This is my life. 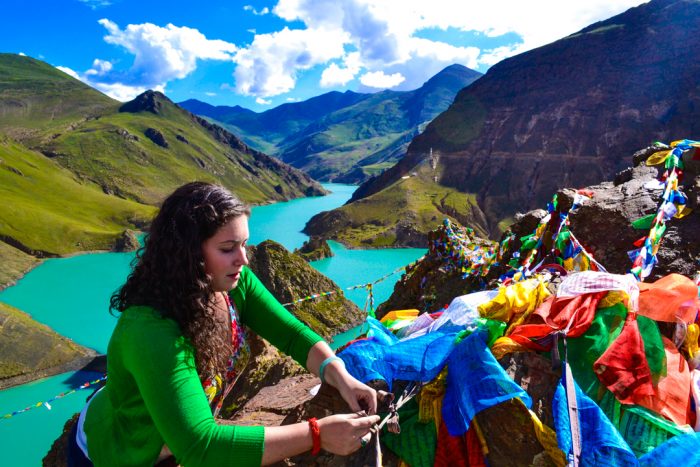 Living abroad, I constantly feel pressured into saying I don’t want a relationship. I’m so desperately afraid of appearing clingy and needy. I play the cool girl card and pretend I’m fine with something casual, even when I’m not.

Well you know what? MAYBE I’M NOT CASUAL.

I start out as the “cool girl” but eventually I always want something more. I would say these guys all end up dumping me, but can you really call it that if you were never in a relationship to begin with?

My last romantic endeavor blew up in my face a few months ago. It had been so long since I’d had anyone even semi-committal, I fell for this guy hard. He made it clear that while he really liked me, he didn’t want a girlfriend. It didn’t matter. I fell for him anyway.

Now I’m not saying he’s a jerk for not wanting to be my boyfriend. It makes sense; it’s just hard to hear the same thing over and over again.

They’re not wrong, but I’m not wrong either. 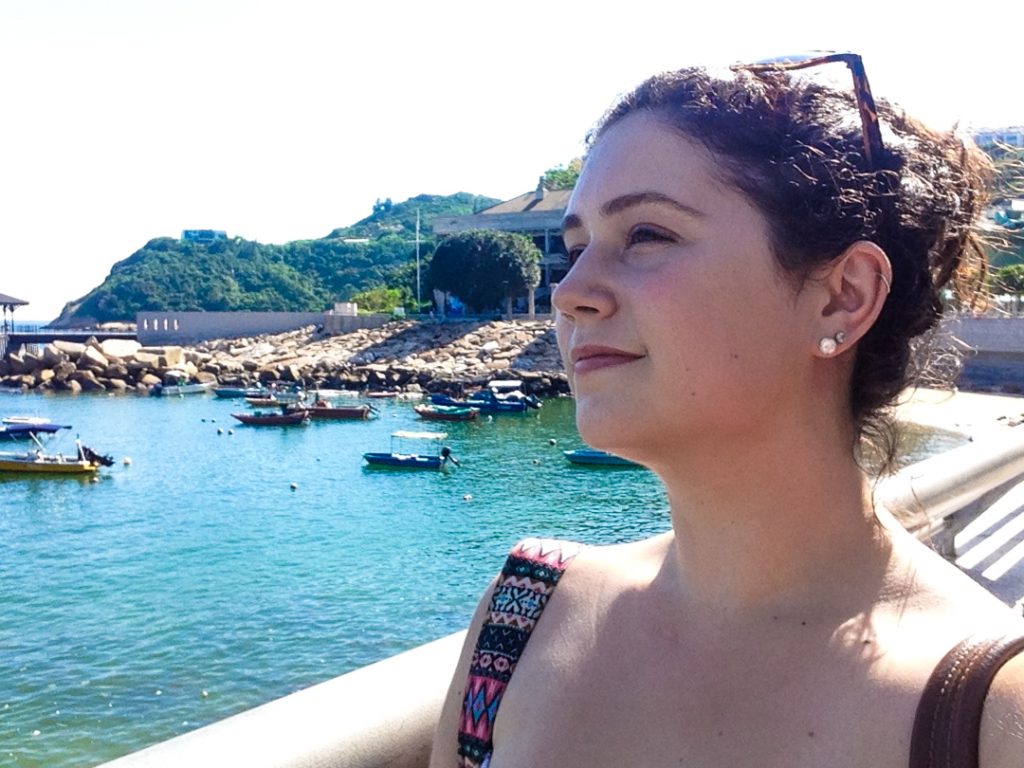 Looking out over Stanley Market in Hong Kong

I left my boyfriend to study abroad in Beijing by myself. I moved back to China after graduation on my own. I consistently travel Asia solo. I’m competent. I don’t need a man. I can do things on my own and survive just fine….

I don’t need a boyfriend, but it doesn’t mean I’m not lonely.

I try so hard to put on a brave face and preach the wonders of being single and traveling solo. In a way it’s true, but it’s also kind of a lie. For me to come out and admit that I am lonely is a huge deal for me. I try so hard not to seem like a dependent, needy person, I often cover up the fact that deep down I would like to have someone.

I don’t want a boyfriend, because I’m not willing to settle. I’m just tired of meeting really amazing people, and having it not work out because of the pervasive anti-committal mentality most people have abroad. 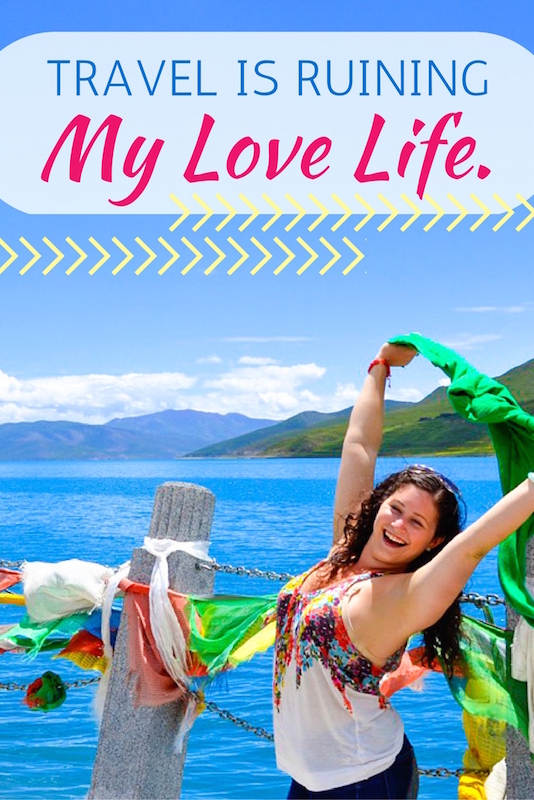 The guys I’m into are adventurous, passionate and open-minded. They love to travel and explore new cultures. They’re interesting, worldly and exciting. But this is precisely the type of man who can’t settle down, or won’t for a long time.

Living abroad has been the best thing I’ve ever done for myself. I’ve become a stronger, more independent woman and I would make the same decision again in a heartbeat.

But there’s another side to the story no one seems to talk about. We hear so many tales of young women “finding themselves” on the road, but what happens then? What do you do when you know who you are and what you want, and you just need someone to share it all with?

Traveling and living abroad has its sacrifices. I get to see the world, but for now I have to do it alone. While it can be hard at times, for me these sacrifices have been worth it. I’m not ready to toss aside my adventures for a man quite yet.

I just hope that someday I’ll find someone incredible who wants to come with me.

Do any of you relate to this? Tell me I’m not the only one!

25 comments on “How Travel is Ruining My Love Life”