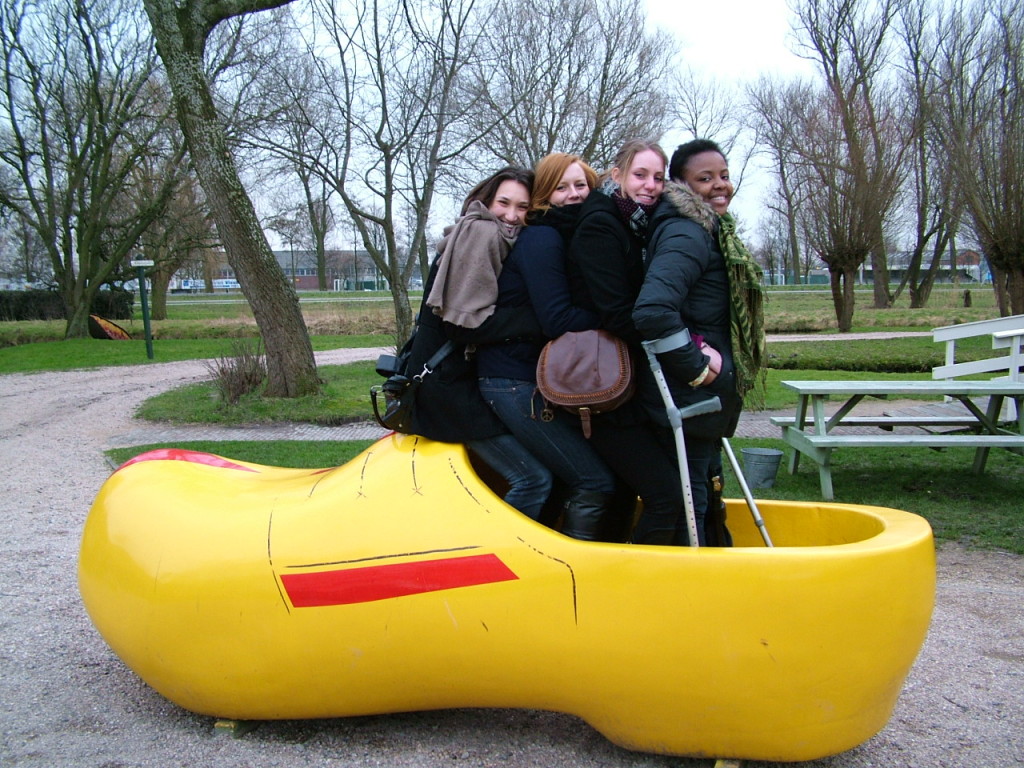 Welcome to my new series Women of Wanderlust! Here I’ll be interviewing a very selective list of amazing female travelers. The goal is to introduce you to other passionate women who can inspire you to see the world!

This month I’ve chosen to feature a very inspiring travel blogger, Jay from Jay on Life. Growing up in Nigeria, Jay contracted polio at a very young age, which has left her with a disability. Being the strong, independent woman she is, Jay doesn’t let anything stop her from seeing the world. After moving to London, Jay studied abroad in California and has traveled all over America. She even took a trip to Jamaica solo!

I hope you all enjoy Jay’s amazing story, and be sure to check out her blog Jay on Life for more inspiration. 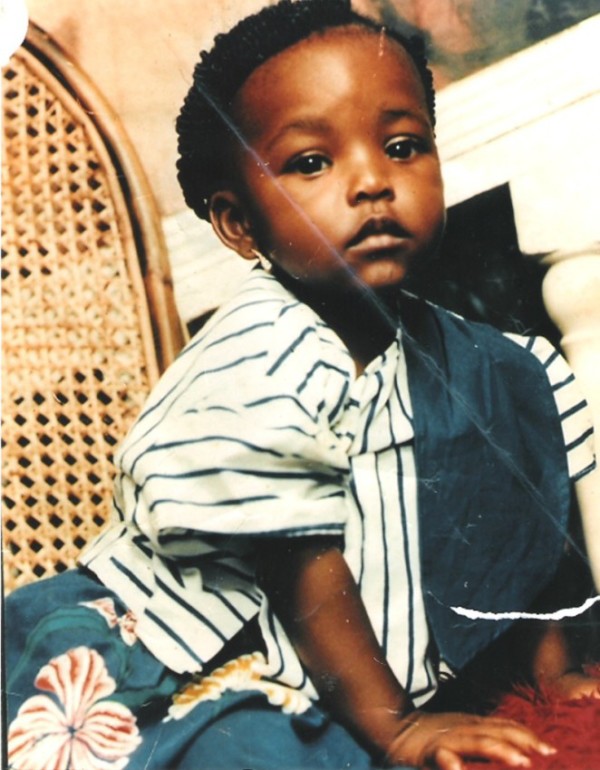 I contracted polio at a very young age, before my first birthday. So there has never been a time in my life, as far as I can remember that I didn’t have polio. Which I found made my life a heck of a lot easier than it could have been; I wasn’t missing out on anything. As I grew up with the attack having already happened, I have learned to live my life with it and have not had to adjust in any way or change a set routine.

While the science on polio [full name: poliomyelitis] boggles even my mind, and I am not entirely 100% sure what my doctors are talking about during every hospital visit, I do know how it has affected me. Polio affects at least one of the 4 limbs, your arms and/or legs. For some people in the days before the vaccine, it was essentially a death sentence, a baby killer. 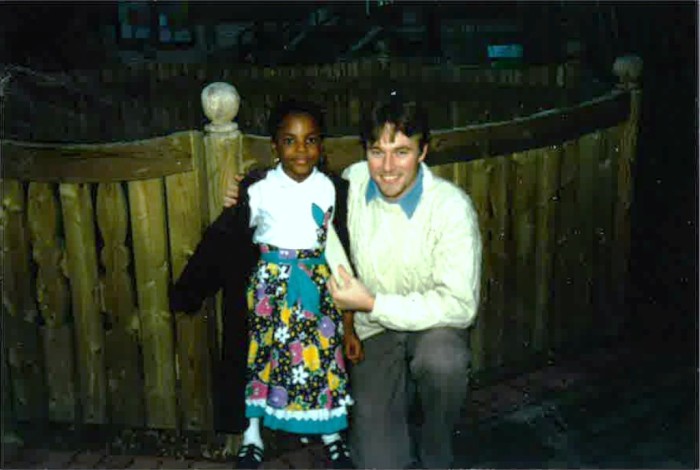 My polio attack affected both of my legs, but my left leg was hit the worst, it absolutely decimated the limb and atrophied the muscles in my leg. My right leg has had to compensate and carry pretty much all of the weight of my body whenever I am walking, which is why I wear a leg brace whenever I am out of the house.

“But I am not a fan of hearing ‘no’, least of all from myself”

At the age of 5, I moved from my home country of Nigeria to come and live with my parents who were already here in London. Not speaking a singular word of English, I was thrust into primary school with a new leg brace, a “funny accent and a funny name”, with the words from my parents ringing in my ear. “Do NOT allow anyone to bully you, nobody is better than you. If anyone does bully you, let us know.” 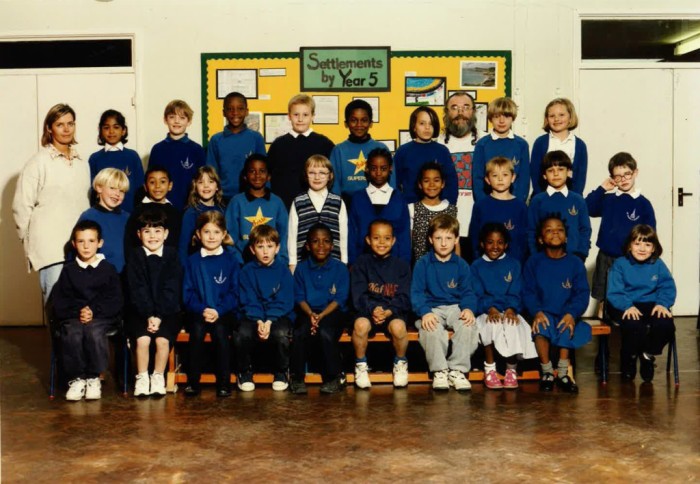 Now we all know what that last part meant, them coming to the school and causing a scene. And I wasn’t one for all of that, so I took it in my stride. I participated when I could join in the schoolyard games, and when I couldn’t I officiated and bossed everyone around. No way in hell was I about to be left out; I had English to learn and friends to make!

Now with all of that, it would have been easy to just let that affect me and let my life be governed by what happened so many years ago. But I am not a fan of hearing ‘no’, least of all from myself. While my parents did try to keep me away from the more strenuous activities, like god forbid, walking for too long. I simply was not having it. 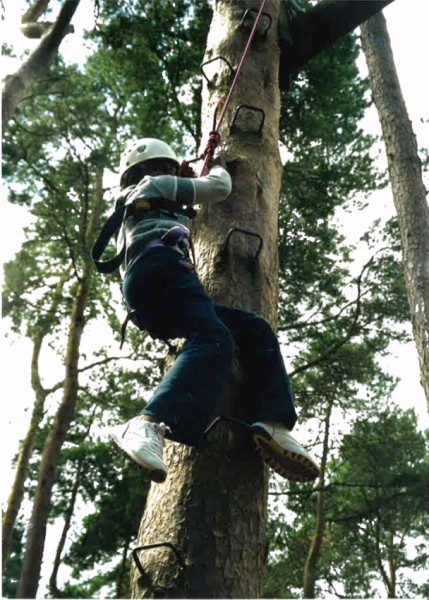 During secondary school, I went on a camping trip and took part in many of the activities including climbing a tree, with a harness, helmet and whatnot. I was tough, not stupid. And I also participated in building a makeshift raft with classmates and paddled it to freedom! Or at least until our arms got tired and we went back to the bank.

As previously mentioned my parents and I (along with my brother who came later) are immigrants and as such did not have British passports right away. What this meant for little adventurous me was that whenever there was a school excursion that went further than the island of the UK, I could not go along with them.  Even from a young age, I had a serious case of FOMO (fear of missing out). So as soon as I could travel, I did travel. 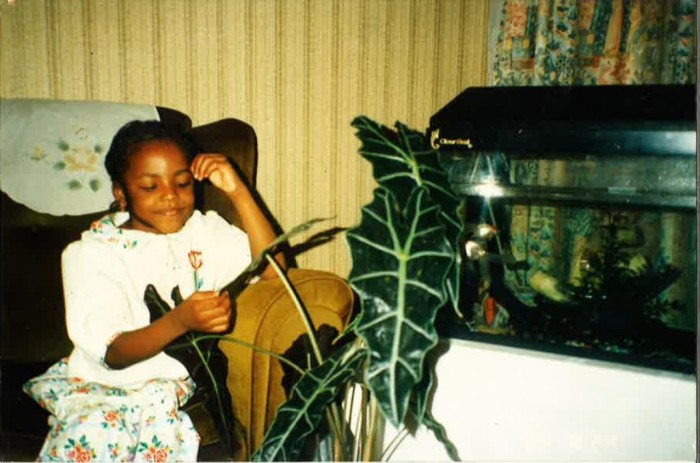 Being the kind of person to talk to practically anyone, I have quite a few friends dotted around the world, and thankfully quite a few within Europe. So I have been able to spend (and not pay for a hotel!) with friends in Germany, Sweden, Netherlands, Hungary, Belgium and elsewhere. But in my mind, the piece de resistance of my travels so far has been when I went to study abroad in Long Beach, California at CSULB. Go Beach!

I was finally able to go to Southern California, the place that I had seen in so many TV shows and movies and actually live so close to the beach. Not that I ever really went, but hey, it was there! I had a whale of a time getting to know my new roommates and classmates some of whom I am still in touch with now. During my time at school, I did take excursions in and around the state, going to San Diego, Santa Barbara and Las Vegas. But when I had finished studying, I always had a plan to see as much of the US as possible with the 30 days remaining on my student visa and then extending it by leaving the country and coming back in on a tourist trip as a British citizen. 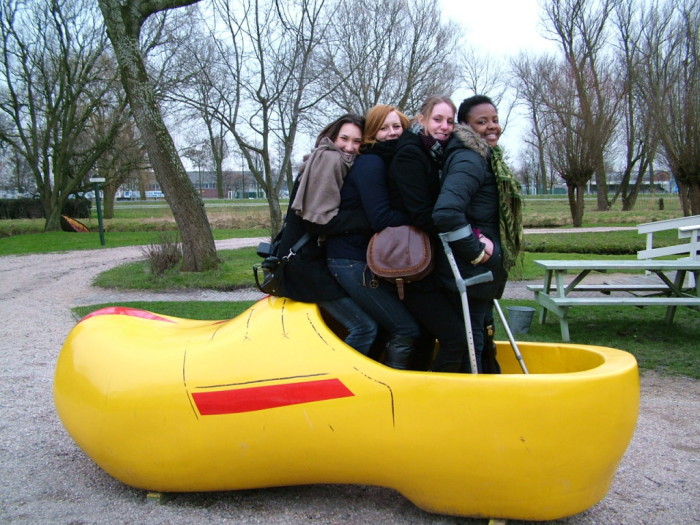 During this time I made it to Oklahoma, Texas, Louisiana, Florida, Jamaica…yes, Jamaica. I had never planned on going to Jamaica at all. I knew that I would have to leave the States after 30 days as my visa had expired and just come back in, but what I didn’t realise until later in my trip was that I had to go out FURTHER than Mexico or Canada. One of the two places that I had planned on visiting, so I went on an impromptu trip to the Caribbean for 3 days!

I had an excellent time there, taking a lone boat tour through crocodile/alligator infested waters, going on a crazy bus trip on the edge of a cliff in a bus that had no seatbelt and a goat just running across the street with a kid chasing after it. Being caught out in torrential downpours that last 10 minutes and were instantly over, sitting in the famous Cool Runnings bobsled, and going to the many lovely beaches of Montego Bay.

“I refuse to allow the cards that I was dealt define me, or restrict me in any way”

After those 3 whirlwind days, it was back on my tour of North America: Florida, Georgia, Maryland, D.C., Pennsylvania, Massachusetts, New York, Toronto, Chicago, and then finally back to California. Going through San Francisco and then heading back to Long Beach for a night to collect my other suitcase and head to LAX and back home. 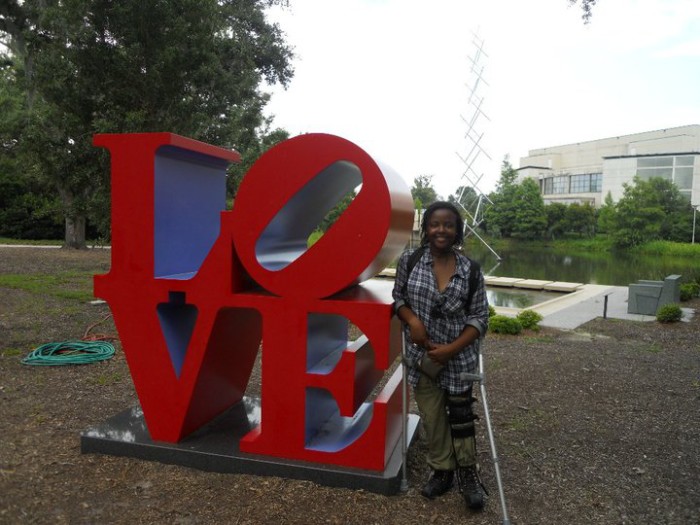 I experienced so many crazy things on my non-stop trip, met so many amazing people that I couchsurfed with, celebrated 4th of July, finally ate a po’ boy, saw the play Oklahoma! IN Oklahoma, watched the Lakers beat the Celtics, missed a bus and had to sleep in a bus garage, saw bats flying at sunset in Austin TX, went to Independence Hall, went to Lombard Street and walked across the Golden Gate Bridge in San Francisco. And many, many other experiences that I will keep with me forever.

And it is because of those experiences and memories that makes travelling absolutely worth it for me, I love meeting new people, I enjoy defying the odds. And even though it does get a little old and repetitive, I get a certain satisfaction by seeing the looks on people’s faces that assume that I would not be able to do something simply because of my disability. I will take my slightly smaller leg along with me on all my journeys, thank you very much. Mainly because it’s attached to my hip and I have no choice… 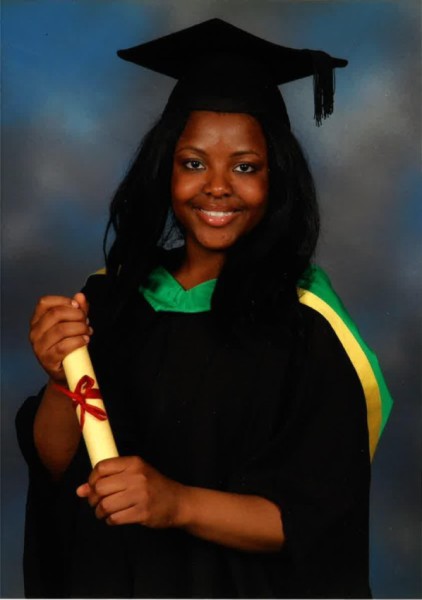 So not only do I travel by myself as a lone woman, but I also have the audacity to carry on with my travels with a disability. There are many things to be afraid of in life, but I refuse to allow the cards that I was dealt define me, or restrict me in any way. I have a big ol’ plan to see everything, and that is going to take some time!

This journey and many others, I have done by myself and while this may be shocking to some as they presume it’d be too difficult. Do not be fooled, it is hard, sometimes unbelievably so. But that’s why I really love doing it, I will not be told no.

Since my trip around the US in 2010, I have not been on any long excursions, but I am planning on going somewhere for a few months at a time. Where? I have absolutely no idea. My motto has always been: ‘I’ll figure it out’. And I always do. 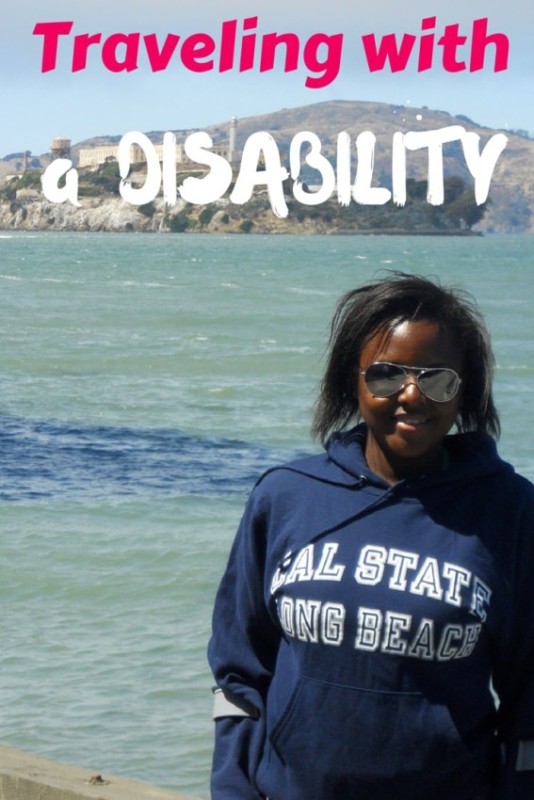 3 comments on “Jay On Life: Traveling With a Disability”