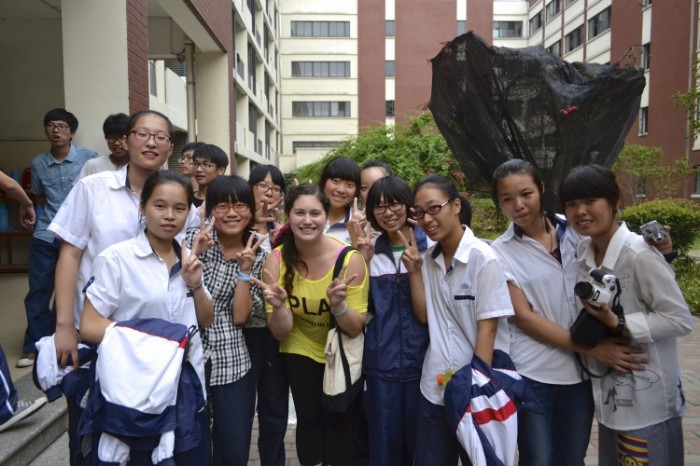 I never thought it would come: my Ameson Year in China has come to an end. Today I packed all my things and shipped out to Shanghai, where I will embark on a trip to the Zhangjiajie “Avatar Mountains” with a friend, and then I’ll spend two weeks solo-traveling through Taiwan. It’s hard to explain the emotions I’ve felt these last few weeks, starting a new chapter of my life studying at Nottingham University. While I’ll be remaining in the same city, it will be a completely different experience. No longer will I be living in “the middle of nowhere factoryville”, I’ll be in the center of the city, studying with students from all over the world. Same city, completely different experience.

I have to admit, the first half (or more) of my year at Wuxiang High School was really hard. Living on a factory highway in the middle of nowhere was not what I imagined for my year teaching in China. I wanted to be in the city, meeting people, trying new restaurants, exploring and having adventures. Instead, I was 45 minutes away from the city by bus, and even further from the nearest teacher on my program. There are no foreigners in Wuxaing town, the bus closes at 7pm, and most of the people who live in the areas work at the nearby factories and only speak the local dialect.

While I wrote a post about how hard my first week in Wuxiang was, I never quite went into the struggle I had for most of this year. After my bout of Christmas Food Poisoning I was so miserable I started applying to jobs back in America. It wasn’t that I wanted to go home, but I would have to pay the school up to $8,000 USD if I wanted to break my contract and find another job in China. Eventually I decided to stick it out and embarked on a trip to Vietnam, Malaysia and Harbin, China. I had an amazing time traveling Asia with my friends, which made it all the more difficult to come back to the loneliness and isolation of my school.

Now that my time teaching in Ningbo has come to an end, I can’t help but wonder why I hated my location so much. Sure, it’s isolated and inconvenient, but it’s not that bad right? It took me a while to figure out what changed; then I realized: it was the weather.

It’s amazing how a little sun and warmth can do you a world of good. This winter in Ningbo was the most miserable winter of my entire life. Why? Ningbo isn’t that cold, it only snowed once! Well Ningbo also doesn’t have heat, because it’s in “Southern China”. The term “Southern China” is extremely misleading. It basically just means the southern-half of China. Ningbo has pretty similar weather to Washington DC, which is also technically in the southern half of the USA. For those of you who have been to DC in the winter, imagine living in DC in the winter in a concrete and tile apartment with no heat. Not fun. Now imagine there is NOWHERE you can go to get warm. The classrooms are freezing, your room is freezing, your office is freezing. After walking around outside in the frigid air I’d be excited for that warm gush of heat as I walked inside a mall or coffee shop; nope, that’s not a thing in Ningbo. People wear their coats inside their homes, and the students even have uniform coats for class. Chinese people don’t even light a fire or use the heat setting on their air conditioning units. “We are used to it”, they say when I ask how they can stand to live in constant cold. Eventually my school bought me a small radiator to keep me from getting sick, which I placed right next to my bed, which I never left. 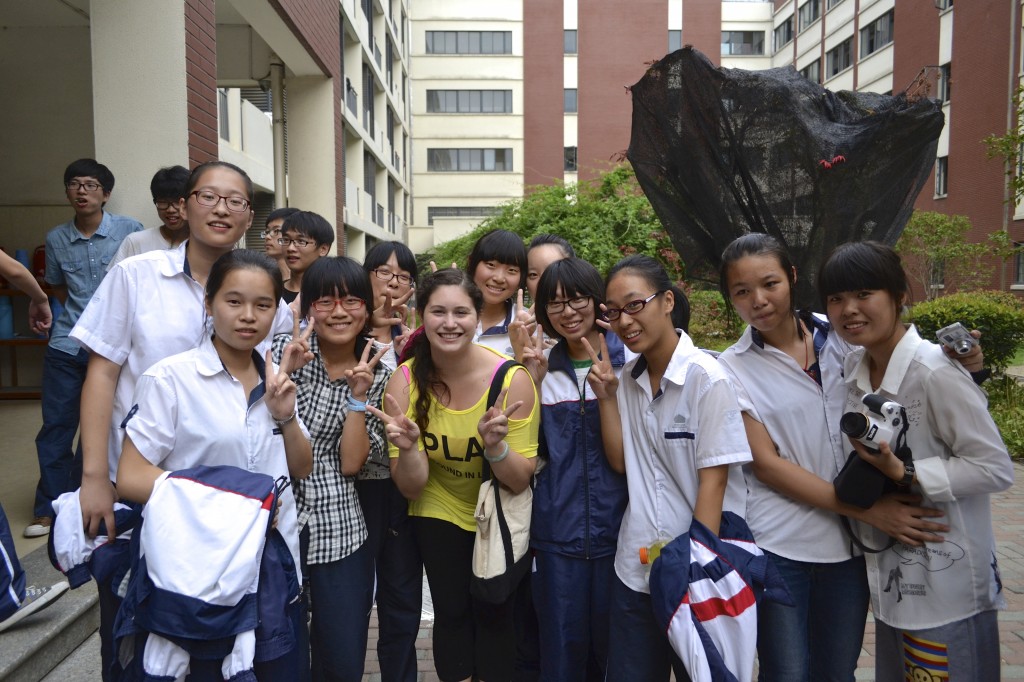 3 comments on “The End of My Year Teaching in China”