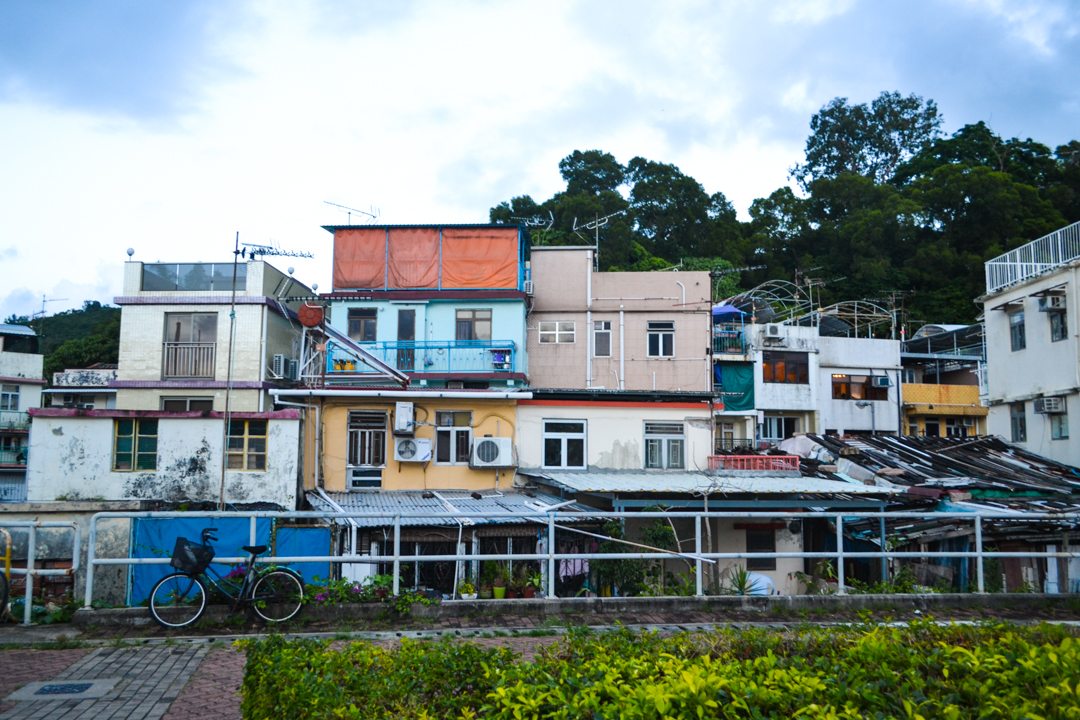 I’ve noticed that the more I travel and the busier I become, the more impossible it becomes to keep up with my travels in real-time. Well, never fear monthly recap posts are here! 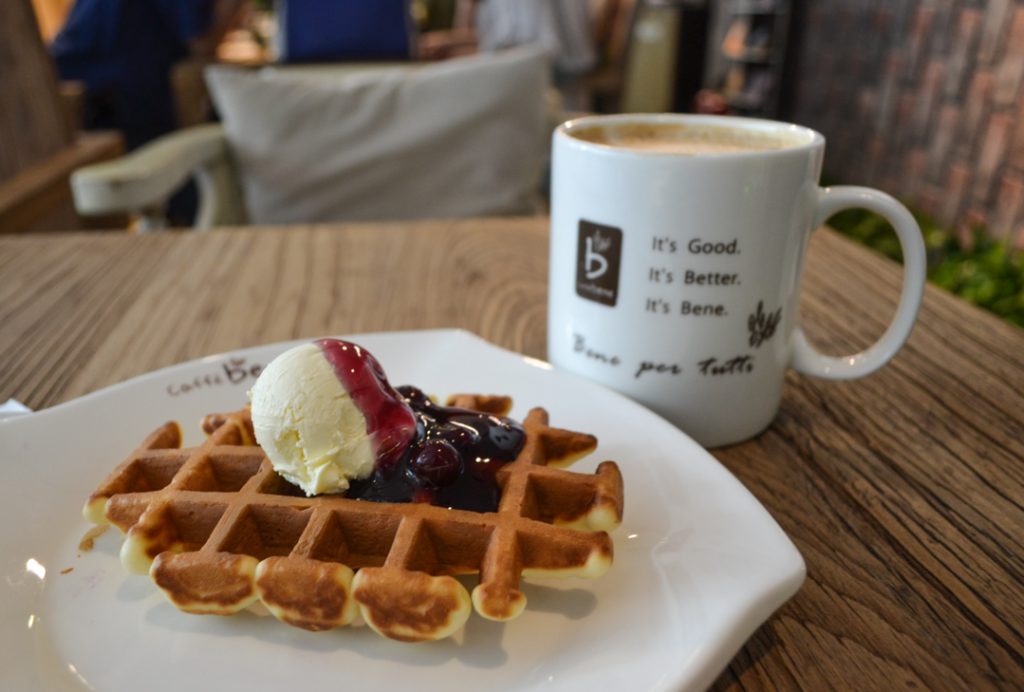 What I was up to this month

I’m not gonna lie, July wasn’t the easiest month I’ve had in a while. While there were a few highs, like an incredible fourth of July and a second visa trip to Hong Kong, it wasn’t all rainbows and butterflies. To be honest, I’ve kind of been dreading writing the negatives of this post, but you know what? I promised I would be honest, so here it goes.

I spent most of this month in Beijing with a quick trip to Hong Kong for my visa… again. Most of you will remember last month I went to Hong Kong to get my business visa, but was denied due to a typo. Thankfully I wasn’t paying for it, and I was able to visit again just one month later! 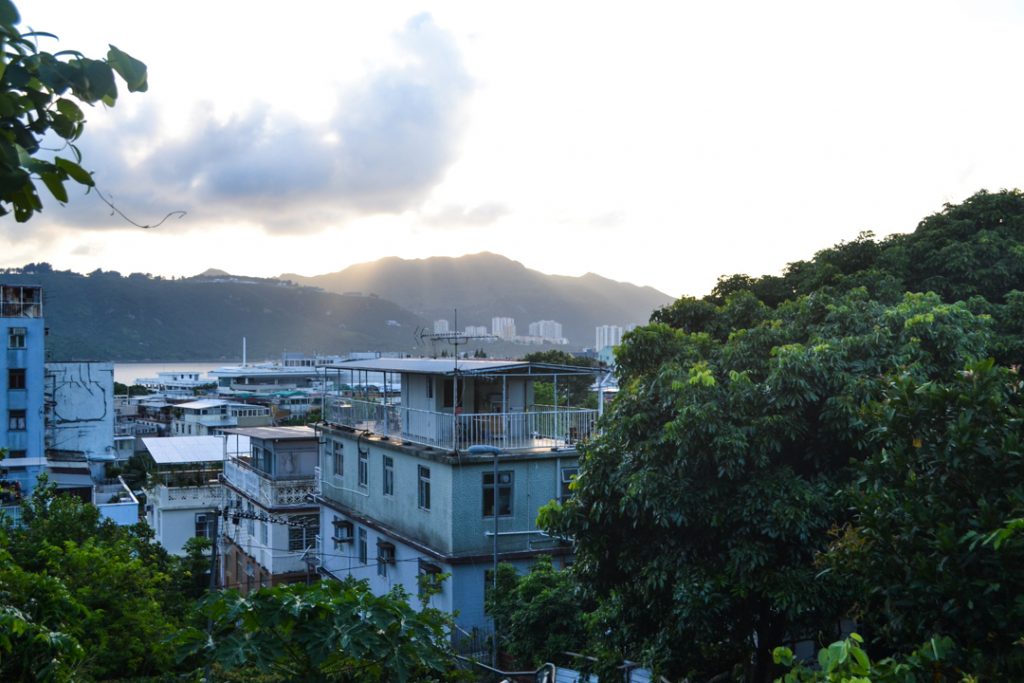 A view from Peng Chao island in Hong Kong

Second time’s the charm I guess… that and triple checking every single item in your visa packet. This newest visa is my 8th Chinese visa, and I’m on my way to getting my residence permit, which will be lucky number nine!

This second trip to Hong Kong was a bit more hectic than the first, but I was still able to do some fun things in the city. I decided to get way off the beaten path this time, and visit the most underrated island in all of Hong Kong: Peng Chao! Peng Chao doesn’t have the nicest beaches in the world, but I couldn’t get over the beautiful views and eclectic local homes.

I hiked a small mountain in the center of the island that gave me a fantastic view of surrounding Hong Kong, and wandered the boardwalk at sunset. This hike was actually my very first solo hike, and I felt extremely safe the entire time. However, I did worry a little when the sun started setting and I wasn’t all the way down yet! 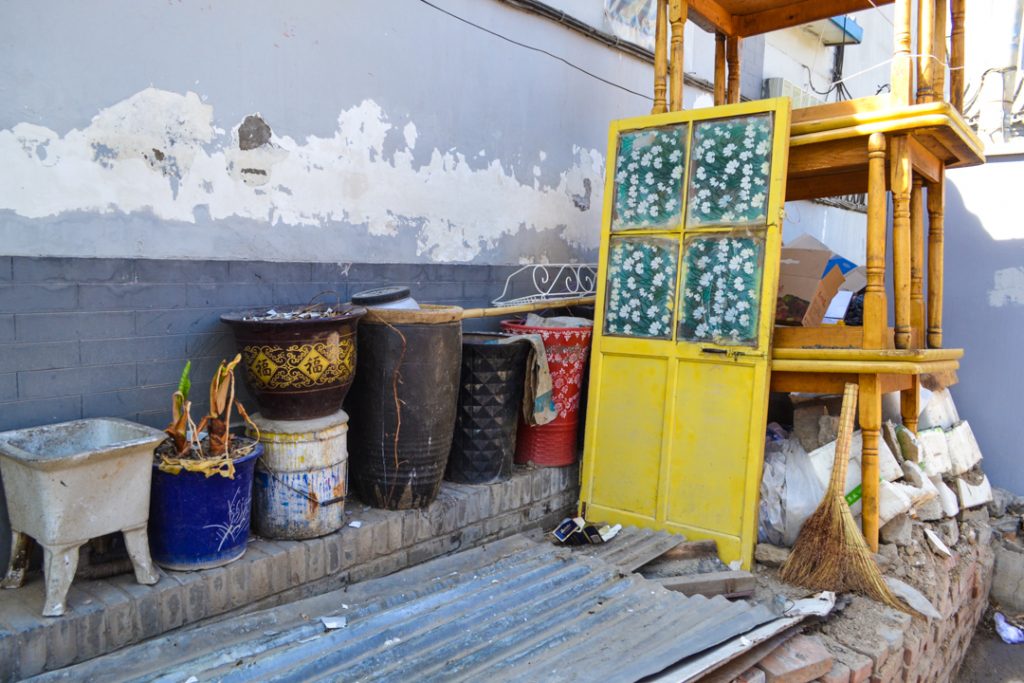 Found this while snapping around my hutong neighborhood

3. Having Fun with Snapchat

This month I did three different Snapchat takeovers, which was just as exhausting as it was entertaining. I’ve been having a lot of fun with Snapchat and the community centered around it. Snapchat just seems so much more real than all of the other social media platforms, and I can be my goofy, ridiculous, uncensored self.

Now I just need to get started on Instagram Stories…. Seriously, can they just stop with all the new social media already?!

4. Clearing Out the Drama

This month was one of the most dramatic months in my last 11 months of living in Beijing. At first I thought it might be my fault, and that maybe I was doing something to attract all of this drama in my life. But after a lot of self-reflection, I realized that I was just surrounding myself with the wrong people.

Once I decided to cut those people out of my life, all of the stress, anxiety and grief they caused me slowly disappeared. While it’s always hard to lose people you thought were you friends, clearing out the drama feels great. It can be pretty hard to make long-term friends as an expat, but that doesn’t mean you should lower your standards. 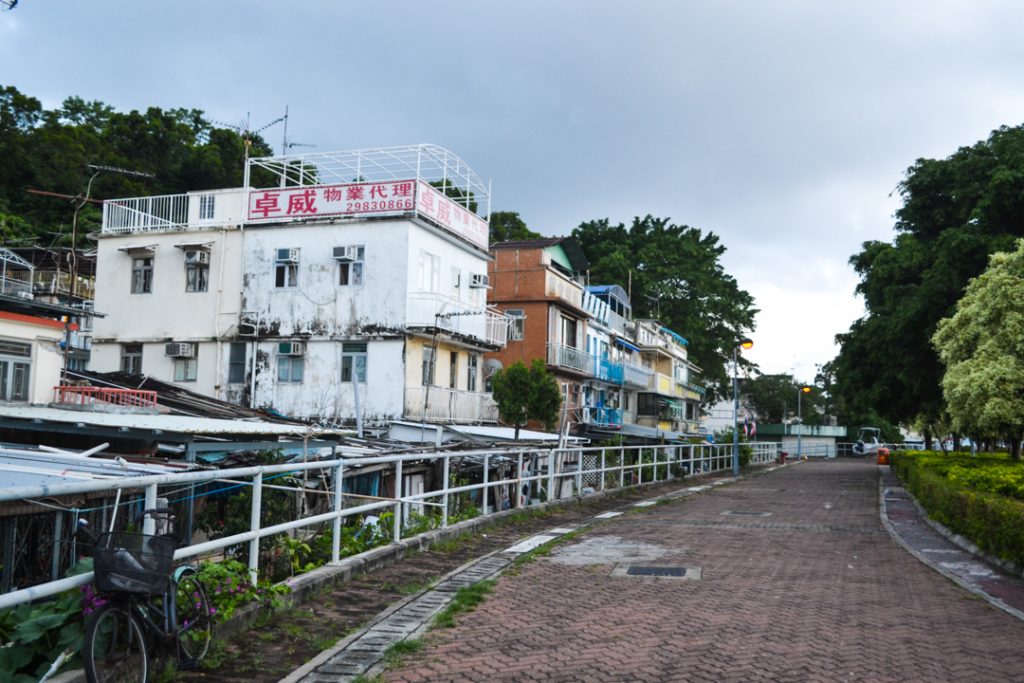 Beijing’s summer is gross. March through June were fantastic but July took a turn for the worse. We’ve had constant pollution, monsoon rain, major flooding, and sticky, sweaty humidity. So much for getting a tan this summer… I rarely see the sun.

I didn’t think it was possible for a place to be hot, humid, polluted and rainy all at the same time, but somehow Beijing defies logic. Thankfully, pollution tends to coincide with crappy weather, so if you want to come to Beijing, be sure to avoid July, August, December, January and February. 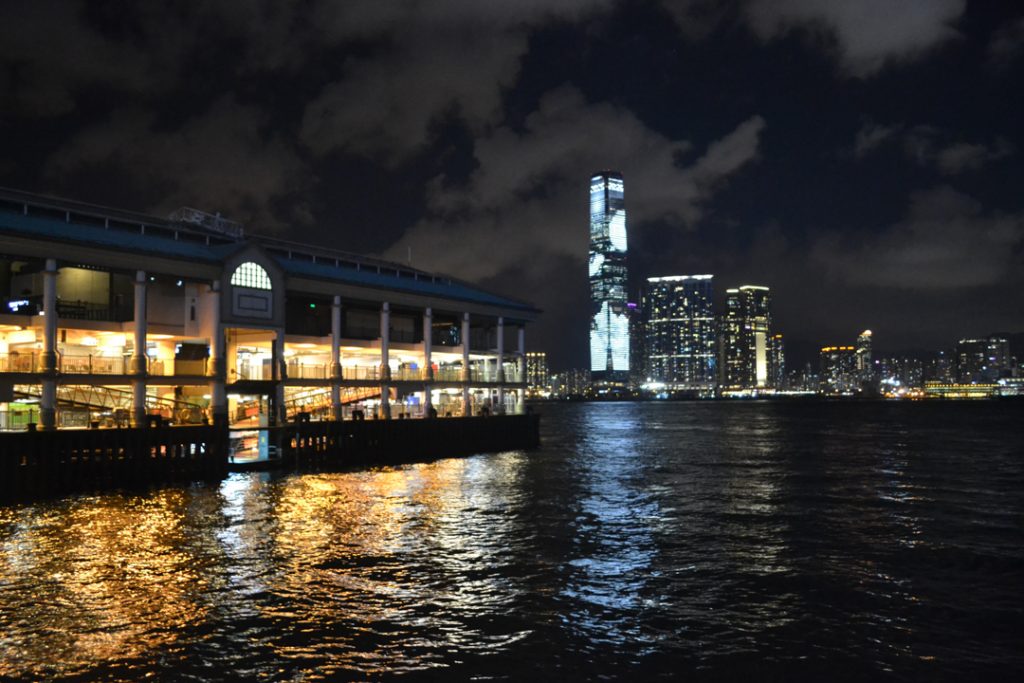 Due to Beijing’s horrible foggy, smoggy, rainy, crappy weather, my flight to Hong Kong was so delayed that I had to go straight to the visa office with my big backpack. No time to stop at my hotel! That was especially fun considering I had to wake up at 4:30am.

Unfortunately for me, that was the least of my airplane worries. While I was in Hong Kong, Beijing experienced crazy flooding to the point that select subway stations were shut, people were jet skiing on the roads, and even fishing in the street! According to the government, over 30 people died in Beijing alone. Thankfully everyone I knew was fine and my apartment wasn’t destroyed, but it was still horrible nonetheless.

Because of this crazy rain, a lot of flights were cancelled or postponed the day before I was supposed to fly back. However, my flight was still on time so I went to the airport as scheduled. My flight ended up boarding two hours late, but as I was about to get on the plane I realized I was missing something… my camera bag!

I’ll save the whole epic tale for another post, but long story short, I ended up getting home five hours later than usual (with my camera!). I didn’t get home until 3:30am and had to be at work to teach a class that started right at 9am. I was able to get 3.5 hours of sleep, and then I slept another two hours on my office floor that afternoon. 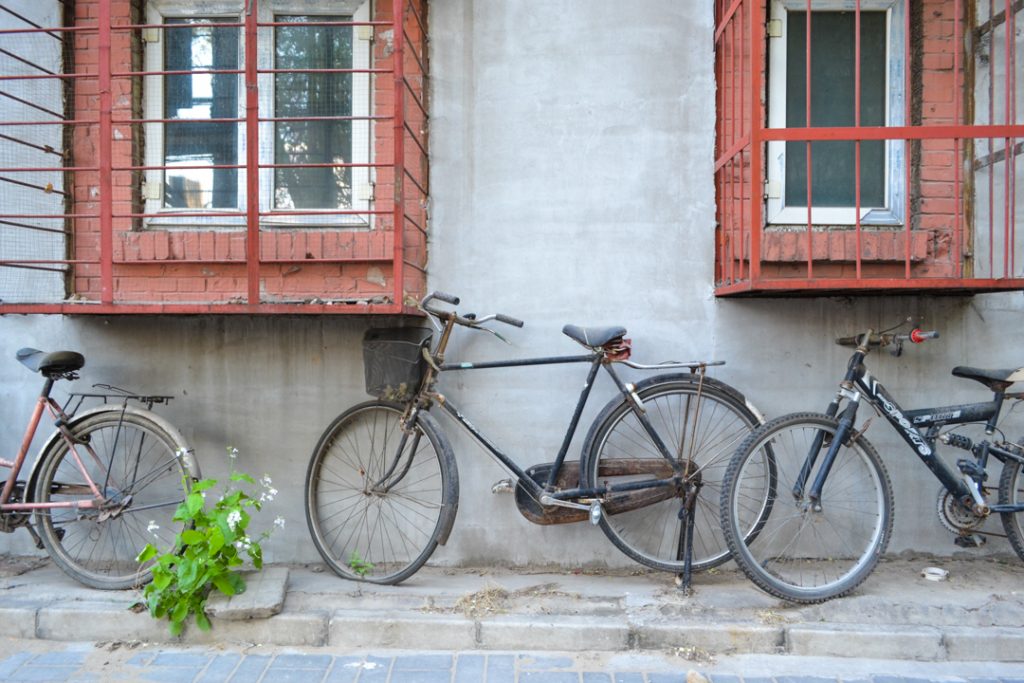 Bicycles in the hutongs

3. Remember Those “Friends” I was So Excited About Last Month?

Yeah… that didn’t work out.

Last month I had a whole section dedicated to how excited I was to finally have a group of friends. I can’t even tell you how embarrassing it is to admit that my friendship group blew up in my face. I almost didn’t tell you all about it because I didn’t feel like writing this, but then I realized that the lows are an important part of every expat experience. I pride myself on being honest about the good and the bad, and I don’t want to embark down that blogging path of fake sunshine and rainbows.

To sum things up, one of the members of my group of friends just decided he didn’t like me. I’m not going to go into details, but our personalities don’t really mesh… and he’s voting for Trump, so there’s that. I’m a pretty sensitive and emotional person, and I always try treat other people how I want to be treated. Because of this, I can’t be around people who explode at others and lash out without thinking. 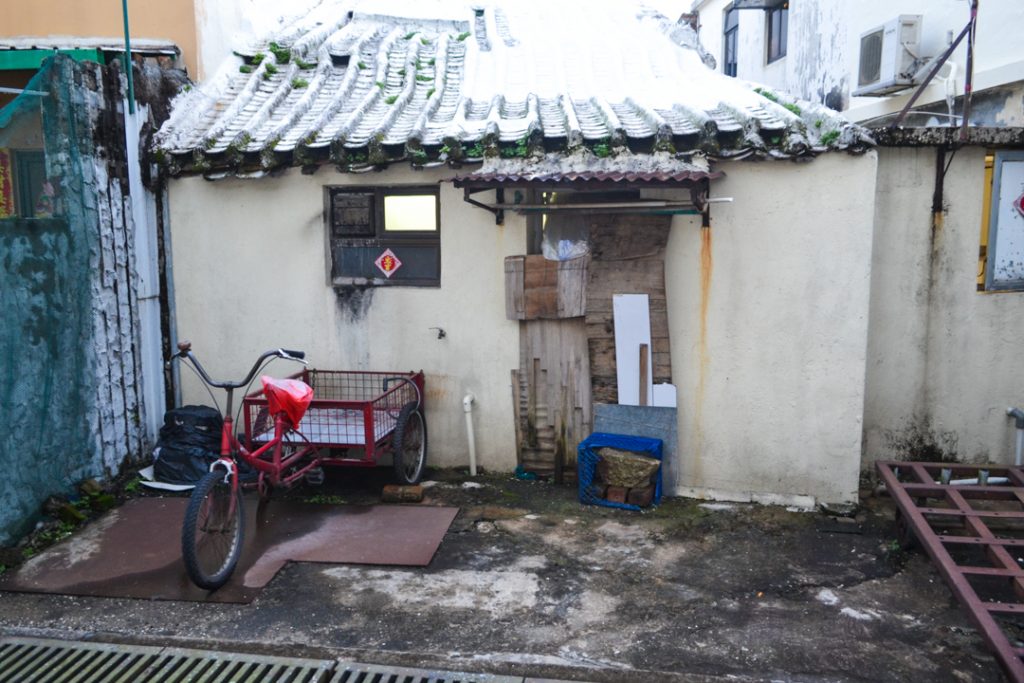 I care really deeply about my friends, and I kept trying to “fix” the tension between us. But when I showed up to his birthday party and was told by a mutual friend he didn’t want me there, I just decided there was no fixing this.

Seriously, I showed up at a birthday party and was told to leave.

Unfortunately for me, this guy is friends with a lot of my friends. Now his girlfriend won’t even talk to me, and I’ve been excluded from a few social gatherings of mutual friends. The old Richelle would cry in a puddle daily, but the more adult me is taking it in stride… for the most part.

As Dita Von Teese once said, “You can be the ripest, juiciest peach in the world, and there’s still going to be somebody who hates peaches.”

I finally got around to writing about THINX Period Panties for travel! While a guy friend told me that it was more than he ever wanted to know about my flow, most of you ladies seemed to really enjoy it. A ton of you even purchased your own THINX through my coupon link, which was great to see. Unfortunately for me, it’s not an affiliate link so I have a million $10 off coupons I don’t know what to do with.

This month I finished up with my shots from the Philippines! Your favorite was a restaurant along San Juan beach in Siquijor.

It is HOT in the Philippines, so find yourself some shade…. And a coconut ✨ Snapchat: Adventures_Asia

Song of the Month

I’m loving Twenty One Pilot’s Heathens, which is featured in the new movie Suicide Squad! Unfortunately for me, I have to wait to see Margot Robbie work her magic because this movie isn’t scheduled to come to China anytime soon…

This month I completely broke my old Kindle by dropping it down a flight of stairs, which was kind of sad but it was dying anyway. I’m super excited about my Kindle Paperwhite though! I’m currently working my way through the fifth and final Game of Thrones book.

As for blog posts, these are my favorites:

Want to know what’s really going on in Rio? Why not ask someone who’s on the ground working for the Olympics.

I Got Arrested in Kazakhstan– Medium

One Year in Norway: The Wins, The Struggles and The Total Fails– Heart My Backpack

Norway is the complete OPPOSITE of Beijing, but for some reason reading this post makes me feel like our lives are so similar. 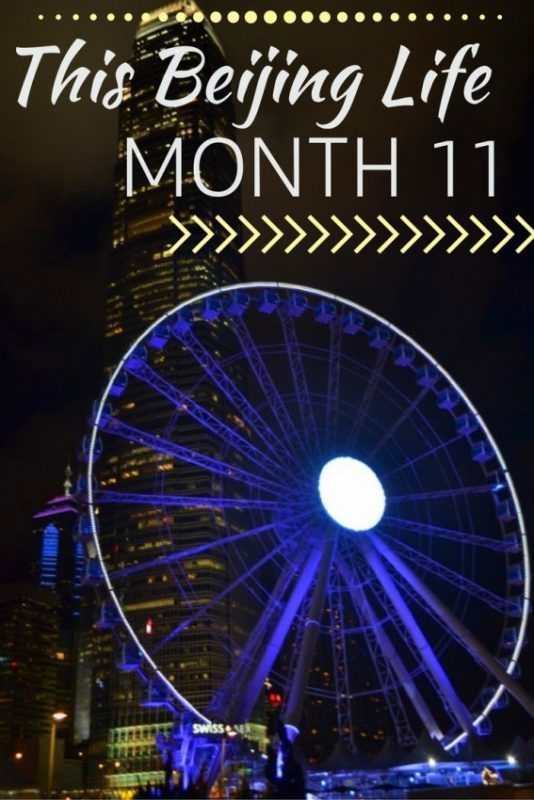 This month I’m leading a summer camp through work for a new crop of Chinese high school students. Today I dressed up as a banana and threw candy at children. I’ll be pretty busy with this camp working 6-day weeks, but I hope to do some exploring in my free time.

On a less exciting note, one of my coworkers recently passed away and I’ll be attending his funeral tomorrow morning. The whole process of death is so different in China. I’m hoping to create a post to discuss this and honor him at the same time.

I hope you all had a fantastic July. Let’s hope August is a good one!