A lot of people see me as pretty “adventurous”. I left home to go to college across the country, where I knew absolutely no one. I decided to study abroad in China for seven months having never been to Asia before. After graduation, I packed my bags and headed back to China for a year to teach English in the middle of nowhere by myself. I backpacked Taiwan for a few weeks on my own this summer, and I’m planning on traveling to Thailand and Cambodia this winter, whether or not anyone wants to come with me. In a week, I’ll be packing my bags again for another year in China, where I’ll be getting my master’s degree!

Yeah… I guess you could say I don’t really follow the beaten path. 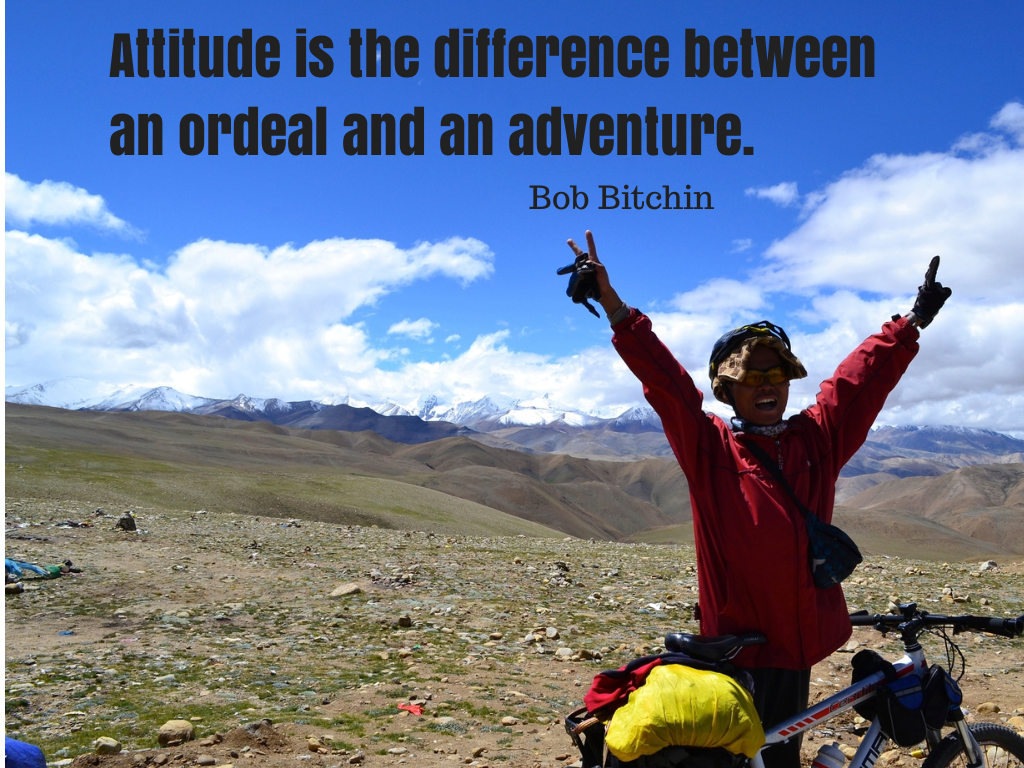 I’ve always been independent. Apparently I was a horrible two-year-old. Everybody learned a long time ago that when I set my sights on something, there’s no stopping me. I don’t take “no” for an answer.

I recently came across this article by A Dangerous Business titled: Am I a Lame Traveler? In it, she talks about how she’s been judged as a travel blogger for not visiting “adventurous” locations.

While I would never judge her for backpacking Europe instead of Africa, I have a confession to make… Sometimes I do judge. 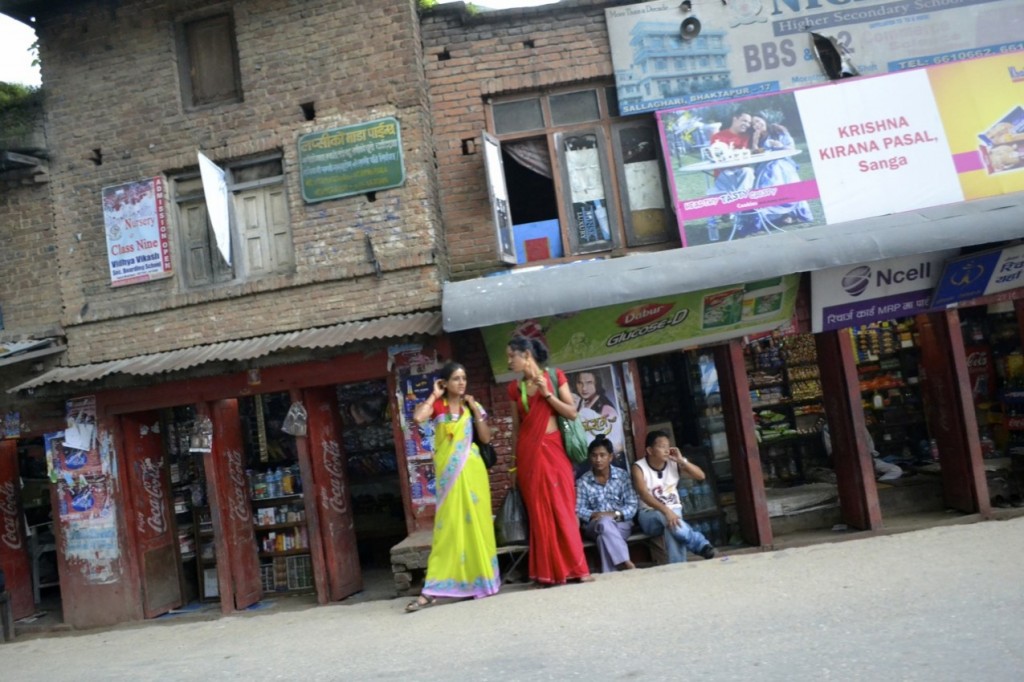 A snapshot of Nepal

I am a huge proponent of travel. Whether it’s a weekend camping trip, or a trek through the Himalayas, I love watching people explore the world and challenge themselves. That said, sometimes I read articles or listen to people’s stories, and I can’t help but find myself thinking, “really?!”

For example, a few months ago I read a post by a girl who said that Kuala Lumpur was her least favorite place because it was “dirty and boring.” I had given myself a few days in Kuala Lumpur, two of which were on my own. I was a bit nervous, and afraid I wouldn’t like it.

When I arrived in the city, I couldn’t help but think “What was that girl talking about?!” There was so much to see, do, and eat; I wish I had a few more weeks to see the rest of Malaysia! Her comments stuck with me so much, I spent more time checking out her blog. This blogger was living and teaching in Hong Kong, which she describes as “dirty, crowded and overwhelming.”

Well… that explains a lot.

Does this look dirty and boring to you?

But you know what? A blog is a place to be honest. Maybe moving from England to Hong Kong was really difficult for her. Maybe she’s not used to the bustle and grime of a city. Maybe she was homesick and overwhelmed. It’s not my place to judge her feelings. She might have grown to love Hong Kong; or maybe she realized Asia isn’t the place for her. Just because I love Hong Kong, doesn’t mean she has to. 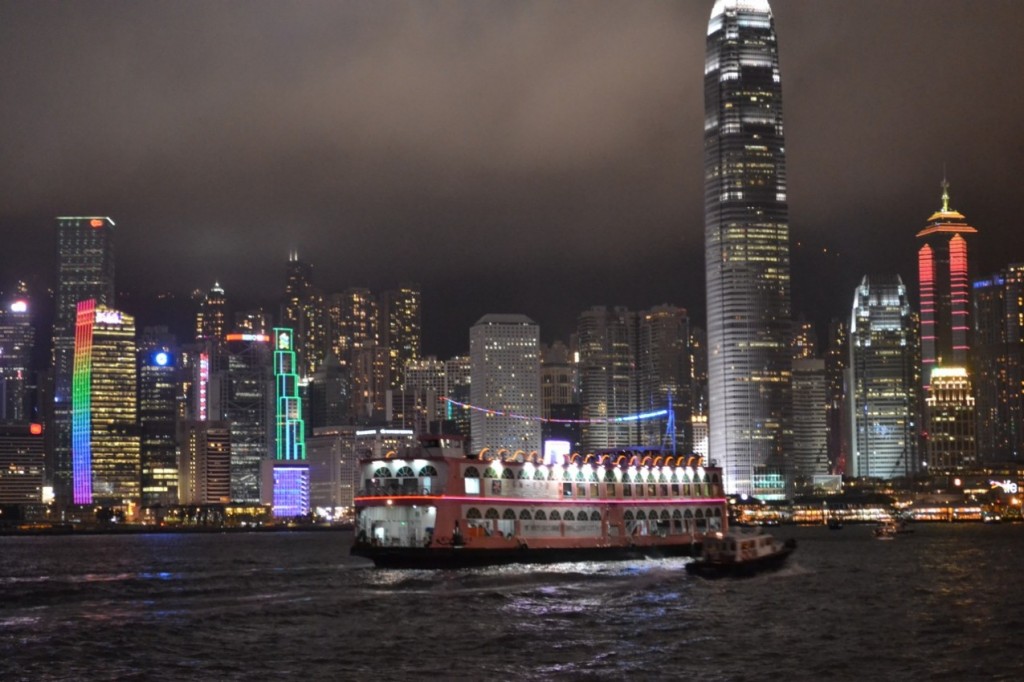 In college I studied abroad in China for seven months. I was constantly busy studying Chinese, immersing myself in the culture, traveling, and learning. I found it really hard not to judge the girls that went to England with all of their friends, and spent the majority of their time drinking and hanging out with other foreigners.

I knew it was wrong to judge, but I couldn’t help but think my study abroad experience was more “authentic” than theirs. I felt like studying abroad in a non-traditional location was somehow superior. I thought the fact that I spent three hours a day learning Chinese, and about four more hours a night doing Chinese homework, somehow made my experience better than theirs.

Well you know what? There’s always going to be people with cooler stories, more adventurous trips and more authentic experiences. The important thing is picking travel that’s right for you. 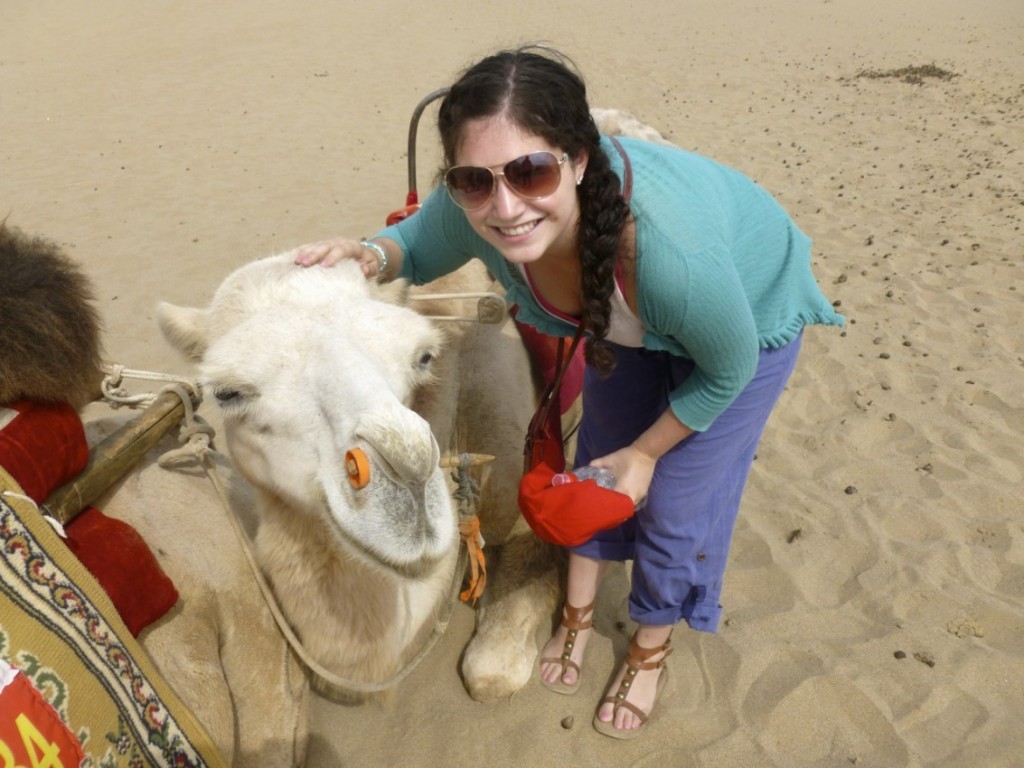 Riding camels in the Gobi Desert while studying abroad in Xi’an, China

Some of you may think I’m extremely adventurous, but I pale in comparison to a lot of people I’ve met.

To me, traveling solo in Taiwan for over two weeks was a big deal. To others, it’s a walk in the park. I’ve met girls who are spending a year backpacking across the globe solo. But you know what? Those same girls are just as impressed with my life in China, teaching English in the middle of nowhere.

Living in China whilst studying at a British university is absolutely no big deal compared to the last year I spent teaching English in the Chinese countryside. Does that mean I should judge those that are nervous to even set foot in China? Of course not! That was me a few years ago! 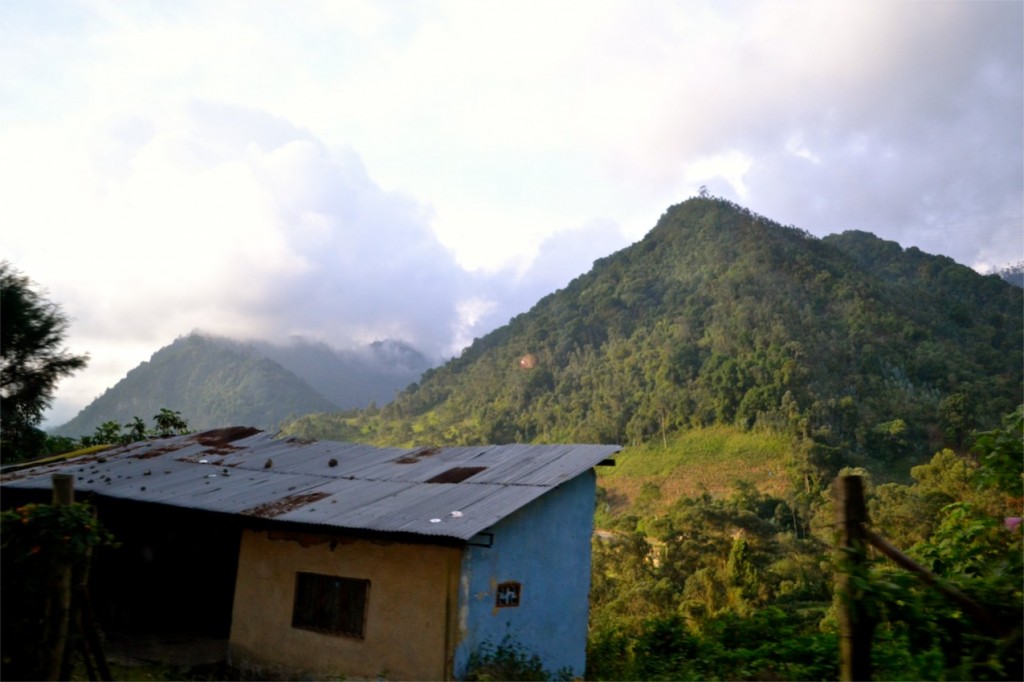 Driving through the countryside in Colombia

Everyone has different comfort zones, and it’s important to be respectful and not judge. You only want to travel in Europe? You like guided tours and nice hotels? You can’t speak another language? Everyone travels at their own pace. I’m just excited for anyone that is willing to give travel a chance.

There’s always going to be someone five times more adventurous than you. My goal through this blog is to encourage more people to travel, especially in Asia. I hope that through my experiences, I can help others feel more comfortable traveling in places outside their comfort zone. 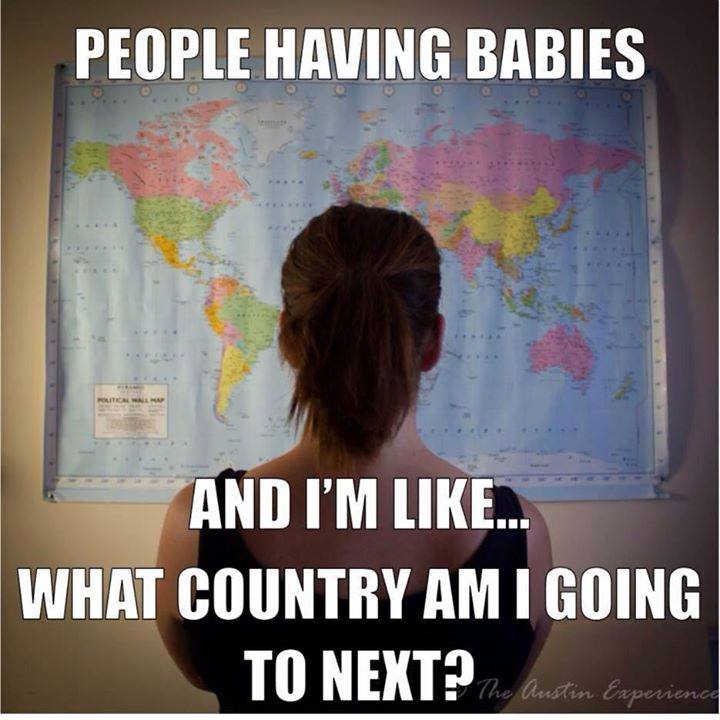 I relate to this more than you know

For those of you that haven’t made travel a priority in your life, that’s okay too. People have different interests and passions, and not everyone can be as obsessed with travel as I am. Some of my friends are getting married and having babies, while I’m trying to figure out what country I want to live in the year after next.

There’s nothing wrong with getting married at 23, and I have to say I’m a little jealous. It’s hard to hold down a boyfriend when you never know where you’re going to be for more than a year! Would I give up on travel for a relationship? Definitely not. I’m only interested in guys that want to travel with me! 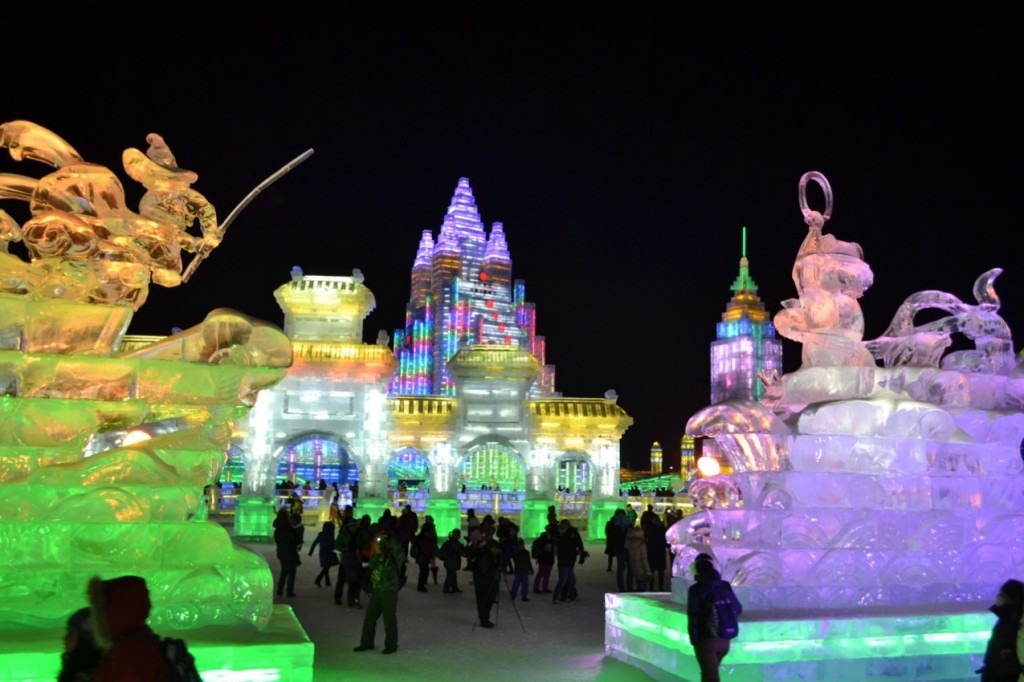 The Ice Festival in Harbin, China

For those people I have silently judged in the past: I’m sorry. We all judge from time to time, and it’s important to take a step back and realize that everyone has different priorities. My dream trip is not the same as yours, or anyone else’s. The best we can do is be supportive of everyone’s goals and dreams.

Nobody likes the hostel one-upper who thinks he’s cooler than everyone else because he’s been to 37 countries and “only travels off the beaten path.” I’ve been told I’m not a “real backpacker” because I don’t travel for months at a time. Excuse me?!! I live in China by myself while you’re getting drunk with other foreigners at a hostel bar. Do you not see my backpack sitting there??? 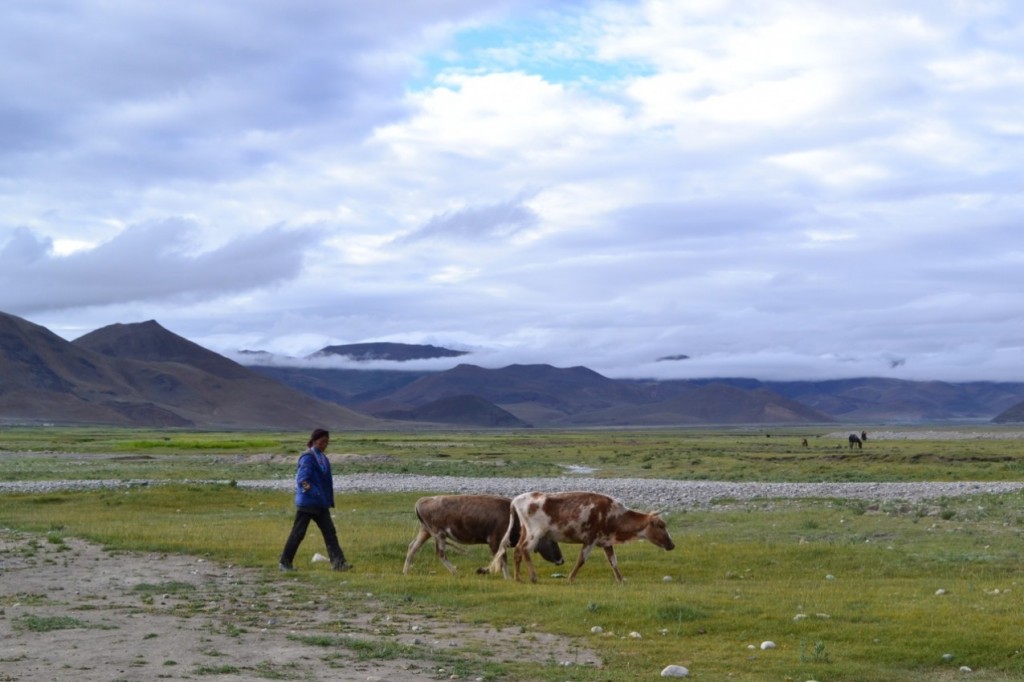 Have you been to Tibet??… yeah, I thought so.

Have you ever found yourself accidentally judging other travel styles or travelers? Do you have a hard time refraining judgement from those who have no interest in travel?

73 comments on “Trying Not to Judge the Less Adventurous”