Part of the reason I was interested in moving to China in the first place was to explore a culture completely different from my own. I wanted to experience “culture shock” and challenge myself. I’ve been living in China for almost two years now, and I’m still constantly experiencing things that shock me, or just don’t make sense. Here is a collection of my crazy stories and cultural insights as I explore this mystifying nation.

Let me tell you a story of how my last two weeks have gone. Now just to warn you, I’m about to have a MAJOR CHINA RANT. As much as I love China, sometimes I want to punch it in the theoretical face. This is one of those times. 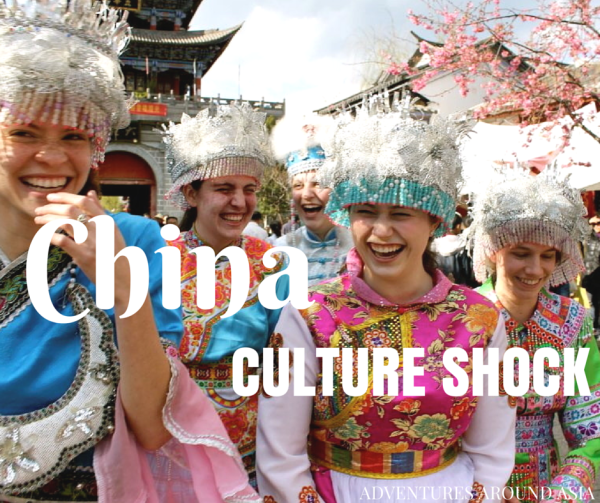 Two weeks ago I received a text from one of my friends in my salsa class. She told me the school had to put together a team for an international student talent show for all of the universities in Shanghai and Zhejiang province. The competition would be in December, and it would be televised on CCTV! She needed approximately 10 people, and the school only gave her two days to get a group together before she had to give them a list of names. Yeah, you heard me: two days.

I knew the next two weeks were going to be really busy for me. I have midterm presentations in all of my classes, multiple freelance articles due, guest posting commitments, and my regular blog posts. I also perform with a school dance group called the Shuffle Ladies, where we do choreographed dances to pop, jazz and kpop music. Last week we had a photo shoot, shot a music video and did a flash mob, and tomorrow we’ll be performing at a popular shopping center. We practice three or four days a week, which keeps me really busy. Basically, I don’t sleep. 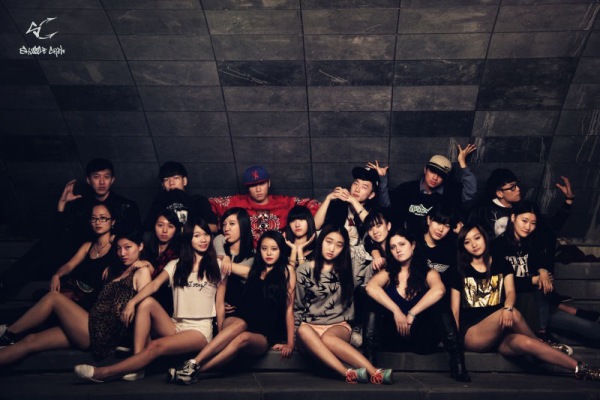 Of course, I agreed to participate in the talent show because I’m crazy and I have problems. I’ll also never pass up the chance to be a Chinese television star. Plus, a free trip to Hangzhou sounded nice, and my friend really needed me. I figured we had over a month to prepare, so it wouldn’t be a problem, right??

We met as a group that Monday, and spent a few hours planning our amazing thematic show. We’d have singing, Latin dancing, hip hop and an African line dance!

Then on Wednesday we were informed that we would be heading to Hangzhou for an audition with the judges. What?? We didn’t have anything choreographed or prepared! Our advisor promised us that our audition didn’t have to be the same as our actual performance. We could just show them how talented we are, and hopefully they would ask us back.

So we pulled something together in three days. One girl sang Italian opera with two accompanying pianists. A couple danced bachata. Another girl from Shuffle Ladies and I performed a kpop dance from our recent flash mob performance, and we ended with the African line dance. We practiced over and over for those three days, because we’re all performance perfectionists and we wanted everything to be perfect. 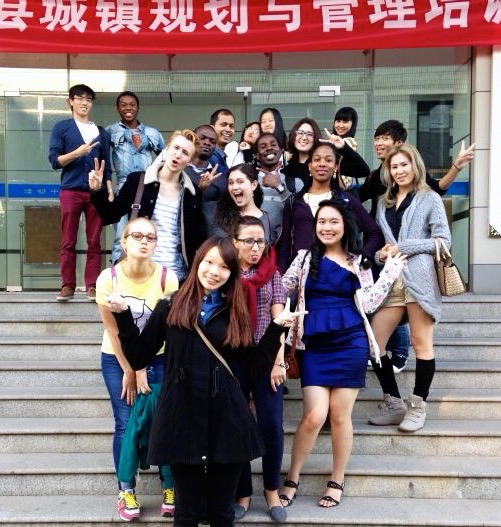 We’re ready for the show!

The group of us hopped into the bus on Monday (the school made us skip class!) and headed down to Hangzhou with another group of international students from Wanli University.

When we finally arrived, we noticed that all of the other performances were centered around Chinese culture. They were singing Chinese songs, dancing Chinese dances, speaking in Chinese, and wearing Chinese costumes. This was a bit disconcerting. We didn’t have anything Chinese in our entire performance! While everyone was a bit nervous, I kept assuring my friends that there was nothing we could do at that point. Our routine was already finished! Hopefully the judges would ask us back on our talent alone, and we could put Chinese culture into our final performance.

When it was finally our turn to audition, our performance went very well. We didn’t make any mistakes or have any mishaps, and our routine was significantly more interesting and entertaining than anything the other groups had to offer. From the moment we entered the stage, the auditorium was silent, everyone engrossed in our performance. 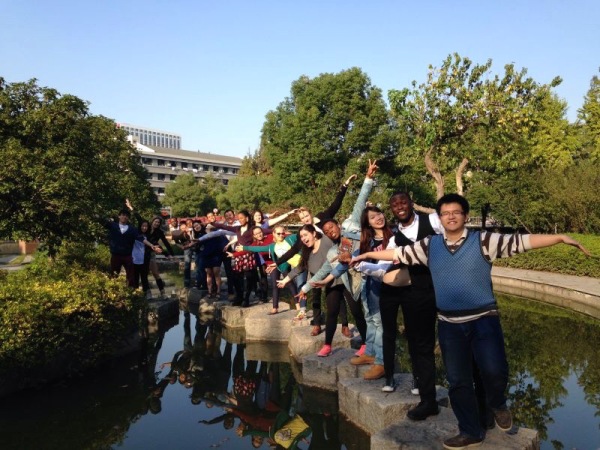 The audience seemed to love us, but the judges didn’t look too happy. As we stood onstage, the head judge addressed us. He started by telling us our performance was completely unacceptable. We were supposed to perform a Chinese cultural performance, and we failed to follow instructions. How dare we come to China and perform “Western” dances and songs (I didn’t know Africa and Korea counted as “Western”, but I wasn’t about to disagree with him!) The judge went on and on about how we are in China and should be performing Chinese things. He basically made us sound ethnocentric, like our own cultures were better than that of China. He was so unnecessarily rude to us, I almost started crying onstage!

I had put so much effort into this performance, when I should have been studying or working on my writing assignments. I didn’t need to come all the way to Hangzhou to be humiliated and publicly shamed for something that wasn’t even my fault! 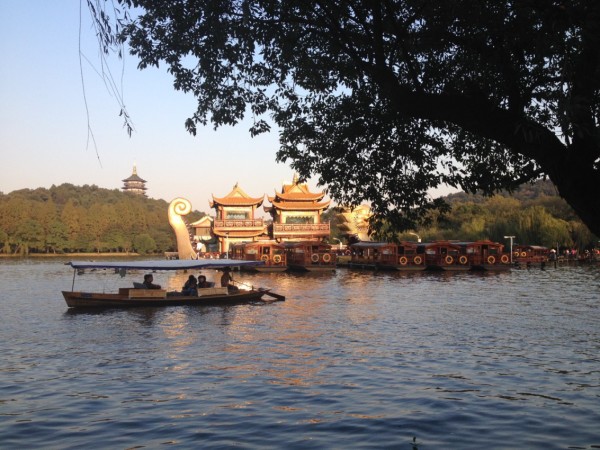 At least we got to visit Hangzhou?

We assured the judge that we could perform in Chinese, and had one member of our group sing a beautiful Chinese ballad. Meanwhile, our school advisor spoke with the judge and informed him that he had no idea we were supposed to do a Chinese cultural performance, and didn’t give us the correct instructions.

After the song, the judge called us down to him and spoke with us about our options. He didn’t apologize for making us “lose face” onstage in front of everyone, but he did acknowledge that it was the school’s fault, not ours. He said that we were obviously talented performers, but our performance was not right for the talent competition.

He would have to choose twelve or thirteen teams out of almost fifty schools, and couldn’t ask us back based on our performance. He told us that we could have one week to create a Chinese cultural performance to the theme “Beautiful Zhejiang” (really? What are we supposed to do with that??), and that we could videotape it and send it to him by that next Monday.

Oh great, just what I need during midterm season! 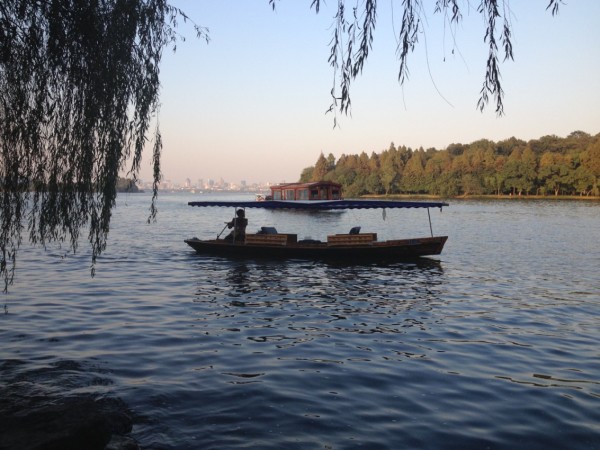 Through talking with the judge, we learned that he had held a meeting with someone from our school in August to talk about what he wanted for the competition. AUGUST!! The school only thought to tell us about this competition one week before the audition, and then only told us about the audition three days beforehand! All of this after telling us multiple times that it is really important we do well.

If this were to happen back home in America, someone would be in serious trouble. But it’s China and people don’t get fired in China because it’s too much of a legal hassle. So now it’s me and the other international students that have to pay the price for the school’s disorganization. 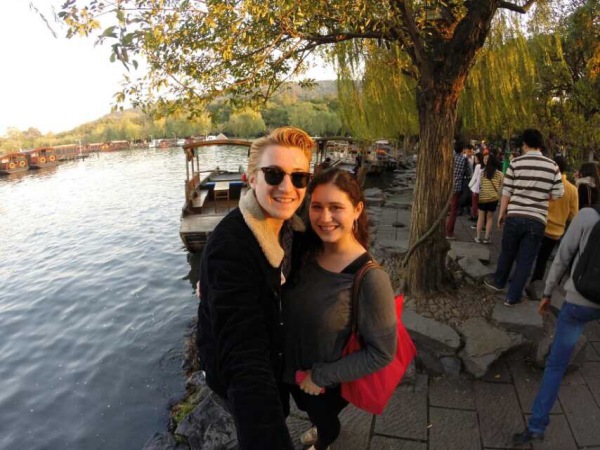 On a positive note, our advisor felt bad for us and took us to Hangzhou lake for about an hour. It was really fun, and the lake was much more beautiful than I thought it would be. Now I know why Marco Polo said Hangzhou is the most beautiful place in the world! I also made a few friends from Wanli University, which is exciting. Hopefully I’ll hang out with them soon and they can show me around their campus!

On a less positive note, our bus driver got lost on the way home and a two-hour trip turned into a 4.5 hour trip. So much for getting stuff done! 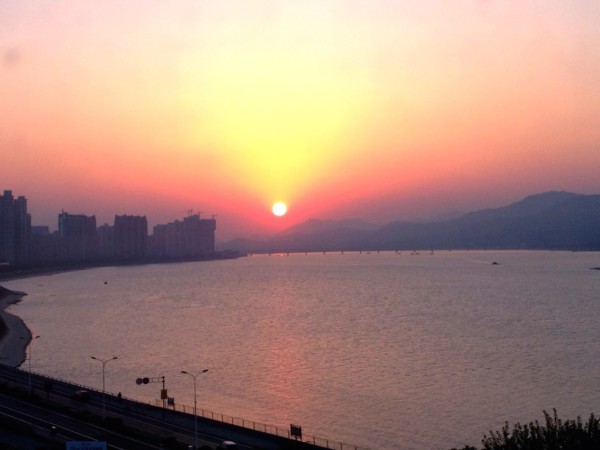 At least we got to see a nice sunset?

Have you ever experienced anything this ridiculous??? Share your crazy stories below. 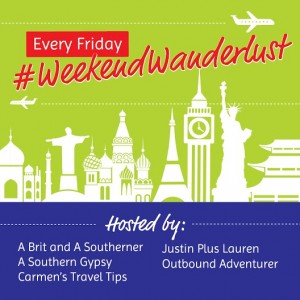