Cultural appropriation is a big word that’s been getting thrown around a lot lately, especially in regards to popular culture referencing Asia.

You could go on a googling frenzy reading all the articles written on the subject. Everyday Feminism’s “The Difference Between Cultural Exchange and Cultural Appropriation” is a good example. Is it cultural appropriation every time you do yoga or eat sushi for dinner? When is it appropriate to take things you like from other cultures and when is it offensive? It’s often a fine line. The main thing that people seem to agree on is that cultural appropriation becomes offensive when you make a joke out of another person’s culture. Dressing up as a sham version of another culture for Halloween, or braiding your hair in cornrows as a joke.

We live in a very cosmopolitan world and it would be crazy to think we wouldn’t pick things up from other cultures. Food is a big one for me. I love international cuisines, and the great thing about growing up in Seattle and moving to Washington DC is that I was never lacking great food. Most of us danced along to Gangam Style and can appreciate Bollywood culture. I personally don’t find enjoying things from other cultures disrespectful as long as it’s not portrayed as a joke.

Recently, there have been two main instances where Asian cultural appropriation, or cultural misappropriation has caused a backlash in the media and online. The first is How I Met Your Mother’s “Slap of a Million Exploding Suns” episode, where some of the main characters don “yellow face” and dress as wise Chinese “slap” masters. The episode prompted a Twitter backlash with tweets like #HowIMetYourRacism and caused the creators to eventually apologize for the episode. Co-creator Carter Bays responds on Twitter, “With Monday’s episode, we set out to create a silly and unabashedly immature homage to Kung Fu movies, a genre we’ve always loved. But along the way we offended people. We’re deeply sorry, and we’re grateful to everyone who spoke up to make us aware of it”. 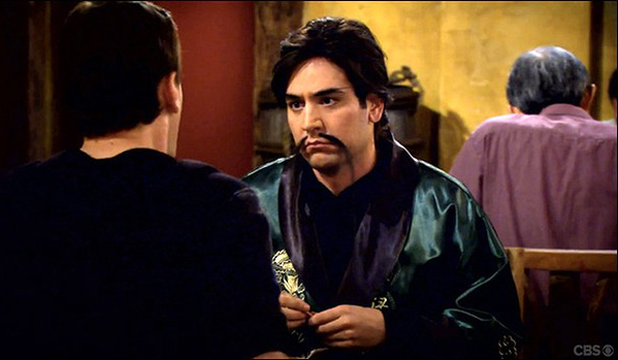 While many people, especially Asian Americans, were very offended by the episode, others complained the backlash was too strong and that we as a culture are too easily offended. Honestly, I think living in China has desensitized me to cultural appropriation. Many of the teachers at my school are shocked that I don’t eat Hamburgers and Pizza for all my meals. They’re surprised I know how to eat with chopsticks and still ask me if I’m used to Chinese food. To them, these assumptions aren’t offensive, they’re just curious questions.

After reading a bunch of articles about the HIMYM episode, I asked around to some of the students and teachers I know watch the show. HIMYM is extremely popular in China, along with Big Bang Theory, and recently House of Cards. Everyone I asked loved the episode and thought it was great. They viewed it as America recognizing Chinese culture in a fun, funny way. I’m not saying that people don’t have a right to be offended about the episode, I’m merely pointing out that it went over really well here. Chinese people viewed it as a “shout-out” to their Chinese fans, which it probably was.

The second, more recent issue of cultural appropriation is Avril Lavigne’s new “Hello Kitty” video, which has said to be blatant Japanese cultural misappropriation. I made the mistake of reading a bunch of articles about the video before I actually watched it, so  I was expecting it to be a bit more “horrible” and “shocking” than it actually is. Coming from someone who lives in Asia, I can tell you right now that this video was not made for a Western audience. Avril is super famous in Asia, much more famous here than she is back home. Whenever I go to Karaoke, all of the Chinese girls want to sing her song “boyfriend”. If you look up other J-pop videos, they are extremely similar to hers. K-pop is a little different: sexier outfits and much more of a focus on dance moves. This video was not meant to be offensive to Japanese culture. It was specifically created to cater to a Japanese audience that loves her. I’ll admit, the video is not that great, and she really needs to work on her acting skills. Also, the fact that she has expressionless robotic Japanese dancers/ body guards is a little weird. I’ll let you all check it out for yourselves.

Overall, I think it’s interesting to compare Western and Asian reactions to these appropriations in popular culture. How can producers strike a balance between making Asian viewers happy while not offending Western viewers in the process. A good example is the Big Bang Theory’s episode where Sheldon attempts to learn Chinese for the purpose of arguing with a restaurant owner about whether the “citrus chicken” is made with real citrus.

I think the reason why this play on Chinese language went over so well is that it’s making fun of a white person trying to learn a very hard language. Nowhere does it make fun of China or Chinese people, it merely plays up the fact that Chinese is very hard to learn, and people can make a lot of awkward pronunciation mistakes while speaking a new tonal language.

What do you all think about the HIMYM episode and Hello Kitty video? Funny, lame, offensive?

8 comments on “Cultural Appropriation in Asia”