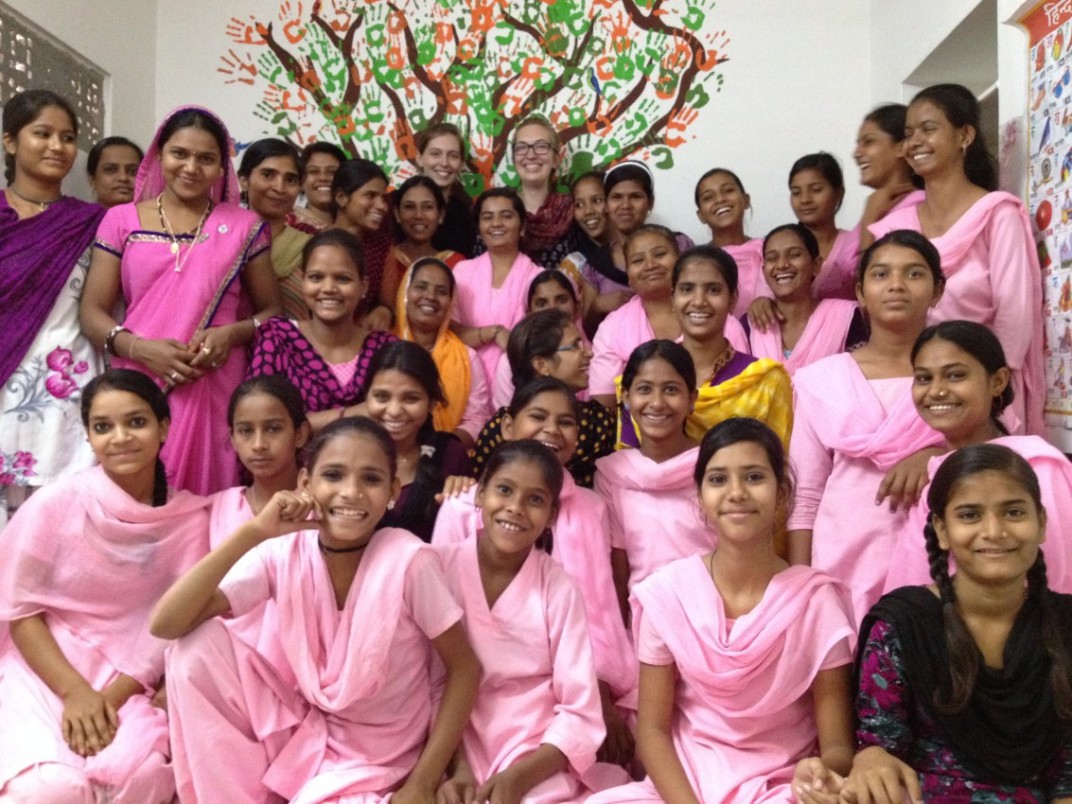 Welcome to my new series Women of Wanderlust! Here I’ll be featuring a very selective list of amazing female travelers. The goal is to introduce you to other passionate women who can inspire you to see the world!

Today’s post is by Rebecca from Femvocates. An avid traveler and global feminism activist, I invited Rebecca to talk a little bit about her international career as a global women’s advocate, and how she combined her love of travel with her passion for empowering women in disadvantaged communities.

For those of you who love to travel but want a meaningful career that makes a difference, consider looking into the fields of development and public health. You never know where you’ll end up, and as Rebecca says, sometimes you have to get lost to discover where you truly belong. 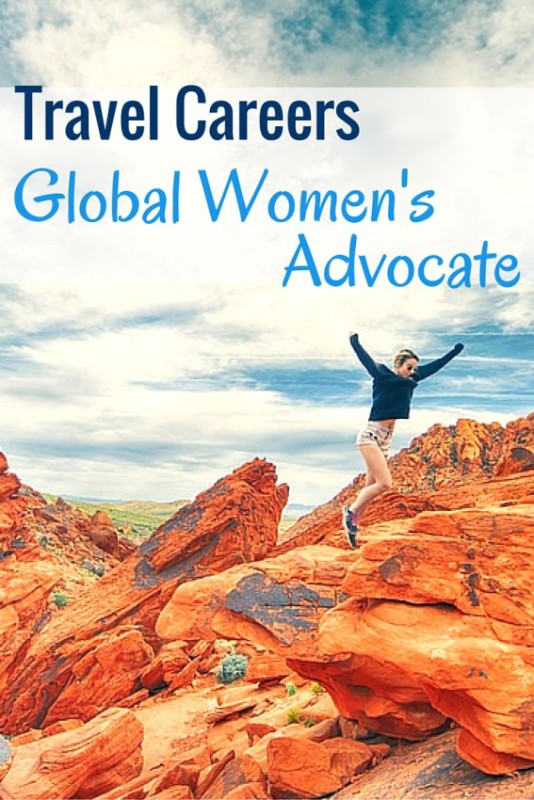 I was lost.  My hostel was somewhere in the area, I was sure of it.  I had looked online at home, printed out the directions, both in English and in Mandarin, and was sure I had gotten off at the right metro station. If only I knew which way to walk next, in the dark, with 45 lbs of baggage, after flying across the world and dealing with 3 hours of commuting since touch-down (thanks to Beijing traffic).

My trip started out pretty representational of the next year and a half – both physically and mentally – I was partially lost.  I knew some of the plan, but the final details were always somewhat misleading, blurry or unknown.  Since leaving my hometown 1.5 years ago, I have traveled to 18 countries and 59 cities.  You can imagine the amount of times I’ve taken a wrong turn, missed the last metro – or more seriously, had no idea what to do with my life.

Traveling for most is representational of “discovering yourself”.  You spend some months abroad, and you’re supposed to come back a changed person, with a new life plan.  I was definitely changing – I was more relaxed, more social and more aware of my likes, and particularly my dislikes (hiking is most definitely NOT for me).  The whole ‘pathway in life’ was missing though.  I felt like every time I met someone inspiring, or fell in love with a new city – my brain would start fantasizing about all the opportunities.  Should I monetize my blog? Work my way through South America as a hostel receptionist?  Should I teach English in Taiwan?  What about working at a bar in Australia?

As much as these ideas made my travel-addicted brain salivate at the romanticized idea of being a poor backpacker forever – nothing really stuck.  My best friend and my mother can confirm my bi-weekly change of plans (they were very patient with me). 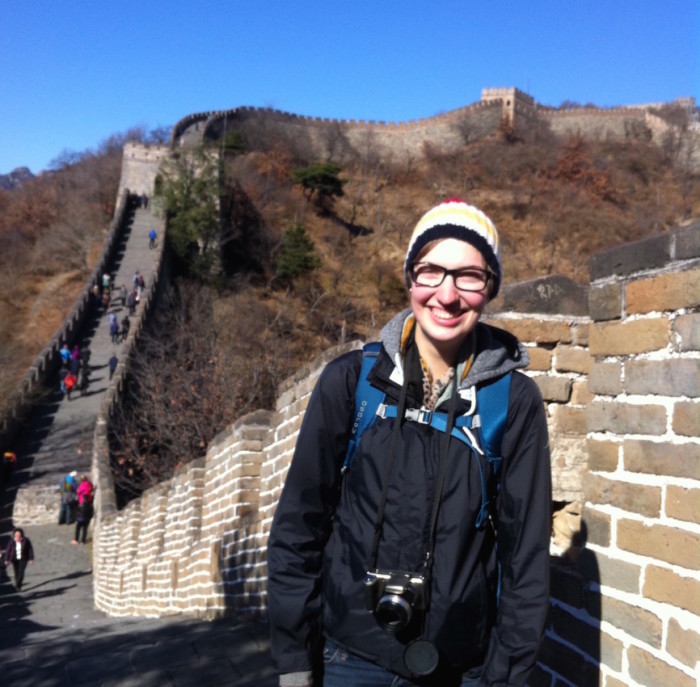 Rebecca on the Great Wall!

Mid-trip I came home to recover from a couple parasites and had time to reflect.  I was determined to keep traveling though, as I wasn’t quite finished exploring the world.  I was in the stage of being totally and completely lost.  I was mentally more adrift than I had ever been, and it was terrifying to not know where I wanted to live or what job I wanted to have, or what kind of impact I wanted to make in the world.

About a week before getting on another plane to fly me across the world, I knew I didn’t want to travel without purpose again – I wanted to be useful.  There was a faint egging idea at the back of my mind about volunteering with women and something about that idea sounded right.  While looking for volunteer programs, the idea became stronger in my mind.  I realized that throughout all of the fun I had meeting new friends and adventuring through temples, UNESCO sites, scuba diving and partying, there was an underlying shock of how intensely unequal men and women were in most of the countries I had been to.

I was constantly shocked by the sexism I faced while traveling, and the injustices faced by local women.  There were high-levels of prostitution and low-levels of education. Women worked, raised children, and followed husbands’ orders, while the men drank and chatted with friends all day.  Men were free to travel on their own and hang out after dark, whereas women were nowhere to be seen.  I myself was constantly faced by sexism – both by locals and by fellow travelers, but the sexism I dealt with was nowhere near the level of ingrained inequalities many women have to face in patriarchal societies – women who often are victims of multiple abuses. 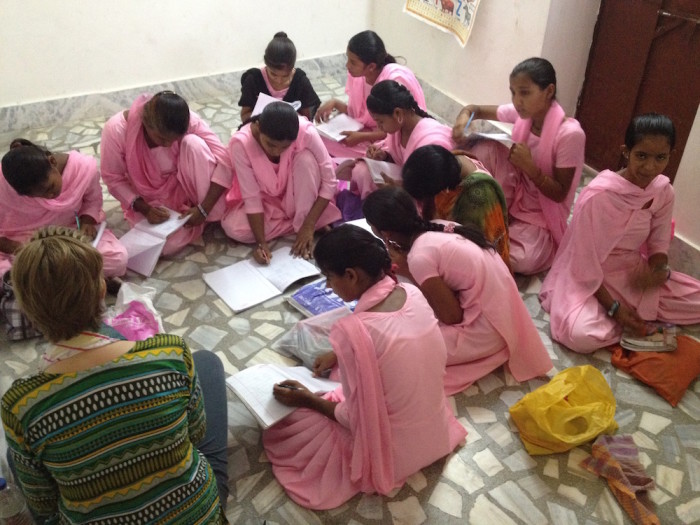 Well, lets just say that the more I traveled and learned about the inequalities in developing countries (and developed countries, too!), the more I realized that feminism is a passion of mine.  You know – the F-word – the belief that men and women should have equal rights and opportunities.

My feelings for feminism started off very slowly with that egging feeling in my head that ‘something is not quite right’, and grew very strongly and very quickly once I realized its importance.  I started to write about feminism to help advocate for feminism around the world.  I believe there is a lack of representation of women’s rights in various countries and it is important to spread awareness of these issues. 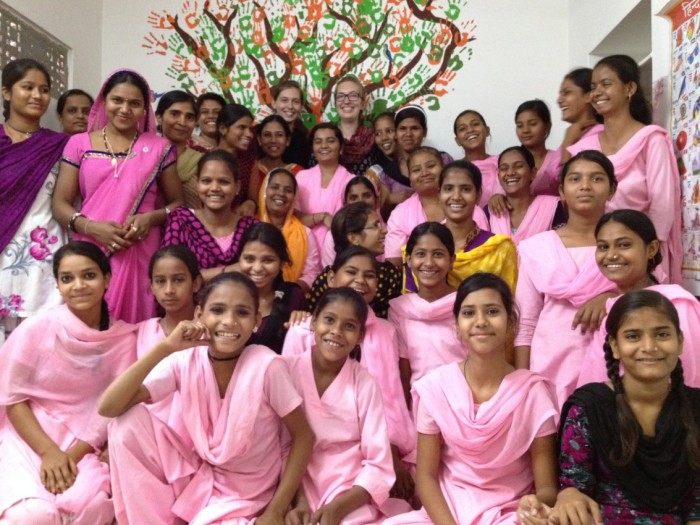 My goals for long term-action will be working overseas with an NGO specializing in helping mothers and children nutritionally – which combines both my passion for feminism (malnutrition is a huge women’s rights issue) and pediatric nutrition (my career specialization in Montreal).

Jet-lagged and sleep-deprived, searching for my hostel in Beijing – I didn’t know what lay ahead of me.  I didn’t know that I would get remarkably more lost before things started to make sense.  All I had hoped for was an introduction to new cultures, delicious foods and great conversations – who knew I would end my around-the-world adventure with the start of a new one – following my passion and aiming to make a difference in this wonderful, frustrating, exciting world.

Rebecca Chant’s 15-month solo trip around the world led her to take action against gender inequality. Currently based in Montreal, Rebecca advocates for feminism through her writing – with an emphasis on world-wide equality.
Be sure to check out Rebecca’s blog Femvocates, and follow her on Facebook, Twitter and Instagram!