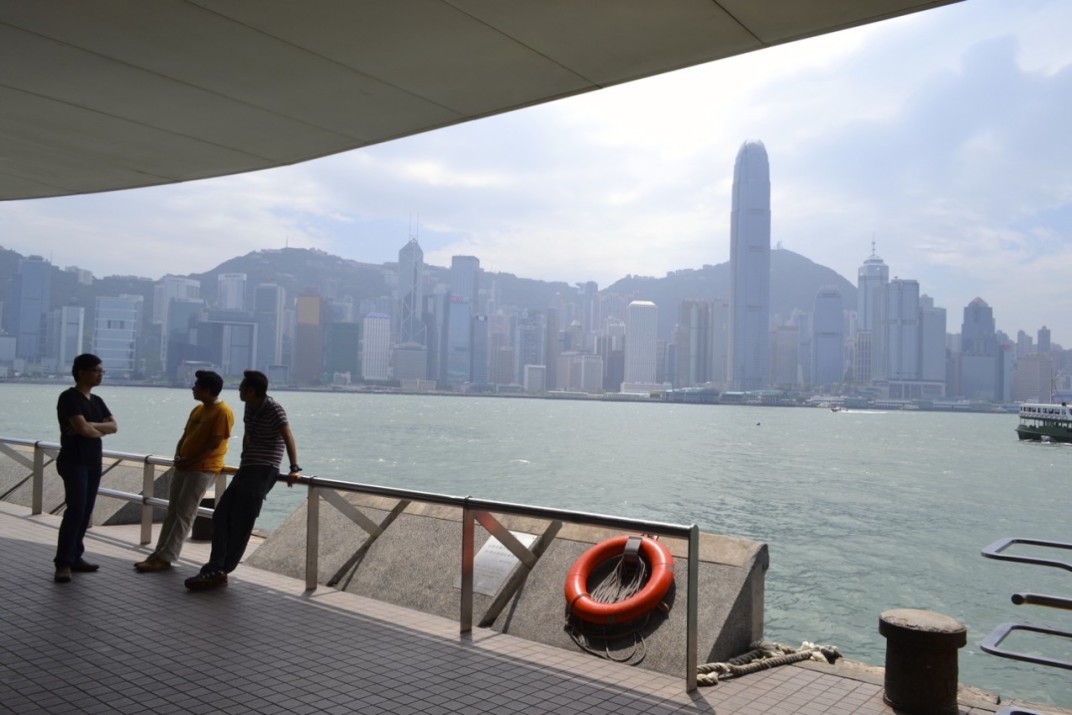 Before I came to China, I always thought that Hong Kong was definitely China. I knew it had a lot of British influence, and the people spoke Cantonese instead of Mandarin, but I never really viewed it as separate from the mainland. 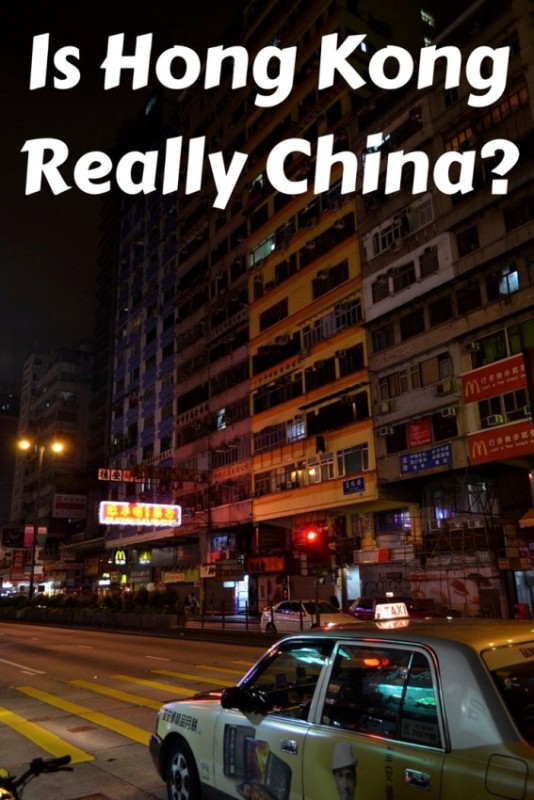 Three years ago, when I was planning my original trip to Hong Kong, my first shock came when I realized my flight from Beijing to Hong Kong was considered “international”. What is this? Isn’t Hong Kong  a part of China?

I slowly began to notice more differences. Wait… Hong Kong has a different currency? People in Hong Kong drive on the left? I have to pay international ATM fees here? My phone doesn’t work in Hong Kong? Wait a second… I can get on Facebook without a VPN? Whoah! People are protesting the Chinese government?

The more time I spent in Hong Kong, the more I realized Hong Kong was nothing like the China I knew. 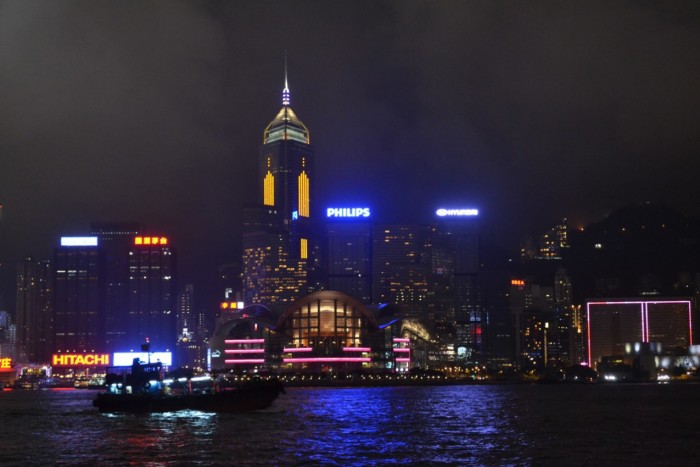 What are the differences?

If you’re heading to China, or you’re just curious, I’ve got a list of the biggest differences between Hong Kong and mainland China. Some of these I already knew, while others really surprised me!

Mandarin and Cantonese don’t sound anything alike. People who speak Mandarin can’t understand a word of Cantonese and visa versa. When I visit Hong Kong, I may as well be in Vietnam because I don’t understand a thing. Also, Mandarin has four tones, while Cantonese has six or something ridiculous like that.

There are some parts of China that speak Cantonese, like southern Guandong province. Mainland China also has a lot of minority languages and regional dialects too, but for simplicity’s sake I won’t get into all that. Let’s just say I understand the “Ningbo dialect” just as much as I understand Cantonese.

So… If Mandarin and Cantonese are two different languages, why do we call them dialects of Chinese?

This means that if a person who speaks Mandarin writes something down and hands it to a person who speaks Cantonese, the Cantonese speaker will be able to understand every word. But if the two were to read the sentence aloud, they’d be completely different languages. How cool/crazy is that?

Now I know I just said Hong Kong and China have the same writing system, but I kind of lied. Hong Kong uses traditional characters, while Mainland China uses simplified. Basically in the 1980’s the Chinese government dumbed down all the characters to make Chinese easier to write. However, it’s pretty easy for Chinese people to understand the other system, even if they’re not so good at writing it.

Since Hong Kong used to be a British colony, you’ll see a lot of British influence. English is much more widely spoken in Hong Kong, and is written on a lot of the signs. You’ll see Christian churches everywhere, British-style taxicabs and English street names (like the popular “Nathan Road” in Kowloon). Hong Kong even drives on the left side of the road! 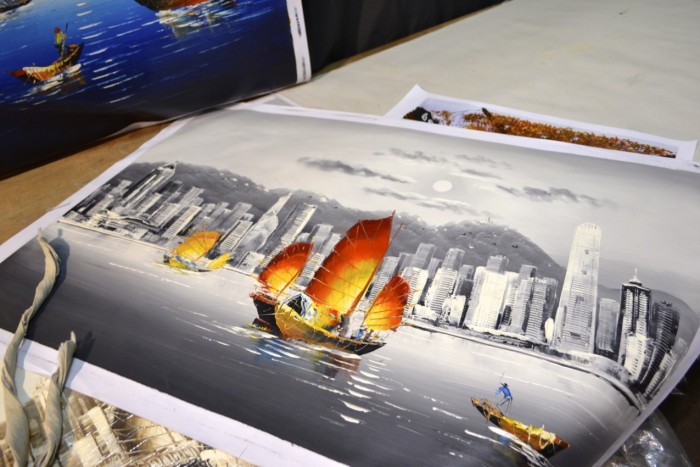 I bought this painting of the Hong Kong harbor!

If you didn’t already know, Mainland China is pretty famous for its censorship. Not only are Facebook, Twitter, Youtube, Instagram, Google and Gmail all blocked, non-Chinese websites are purposely slowed down so they might as well be blocked too. To be honest, the internet censorship gets worse every year and it’s basically impossible to use the internet without a VPN.

If you head to Hong Kong you’ll be happy to know that all your favorite sites load perfectly without a VPN and the internet is fast. You’ll see locals protesting the mainland government, especially the treatment of Falun Gong members.

Hong Kong is a huge proponent of free speech. There’s a reason why they harbored Edward Snowden for so long!

If you think back to October, you’ll probably remember Hong Kong’s Yellow Umbrella protests, where students shut down the main business district of Hong Kong. Starting in 2017, Hong Kong will have its first popular vote; however this October, 2014 the mainland government announced it would be vetting all the candidates, thus insuring the leader of Hong Kong will be a puppet of the mainland. Protests broke out in the streets, student protestors were tear gassed, and Instagram was blocked in mainland China.

Overall, Hong Kong’s population is much more politically active and aware of their rights. They are allowed much more leeway when it comes to freedom of speech and access to information. 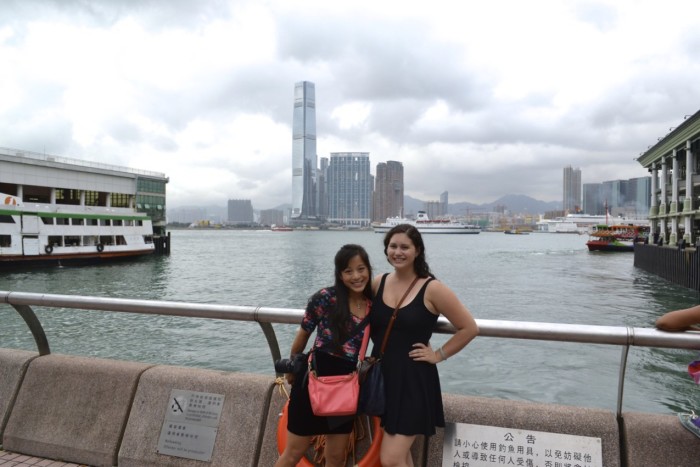 Hanging out at the Hong Kong harbor

Hong Kong has much stricter requirements when it comes to food and products. While China is filled with malls and markets selling fake designer goods and electronics, Hong Kong is famous for selling the real thing for cheaper prices than what you can pay on the mainland. This is part of the reason mainland tourists flock to Hong Kong for shopping.

There has also been a big issue in mainland China concerning tainted baby formula (I know, horrible right?!). Because of this, Chinese people have been heading to Hong Kong in droves, buying all the formula off the shelves. Last year Hong Kong had to implement a law that each person can only bring back a certain amount of baby formula to keep entrepreneurs and frightened families from buying up all the stock.

When I was heading over to Hong Kong for my visa, one of my co-workers actually asked me to buy baby formula for a friend. I was a little scared when I saw all the signs at immigration!

China is famous for its “bad manners” by Western standards. Cutting in line, pushing and shoving without apology, spitting in the streets, etc. are all commonplace in mainland China.

While I’m a huge proponent of going with the flow while traveling and never judging another country’s culture (especially when I’m a guest), Hong Kong has vastly different etiquette norms than the mainland, which can lead to big conflicts.

For example, last year a mainland Chinese family on holiday let their two-year-old pee outside on a busy Hong Kong street. While this is perfectly acceptable on the mainland, it is not okay in Hong Kong. A local man spotted the child peeing and whipped out his phone to record the incident. He was then attacked by the child’s father, who took the man’s smart phone. Both mainlander parents were then arrested by the police for assault and theft.

The incident sparked outrage on both sides. People from Hong Kong spouted off anti-mainland rants online, describing the mainlanders as barbaric. On the other side, the mainlanders threatened to boycott Hong Kong and discussed “declaring war on Hong Kong’s civilization” by peeing all over Hong Kong’s streets. Yeah… they went there. 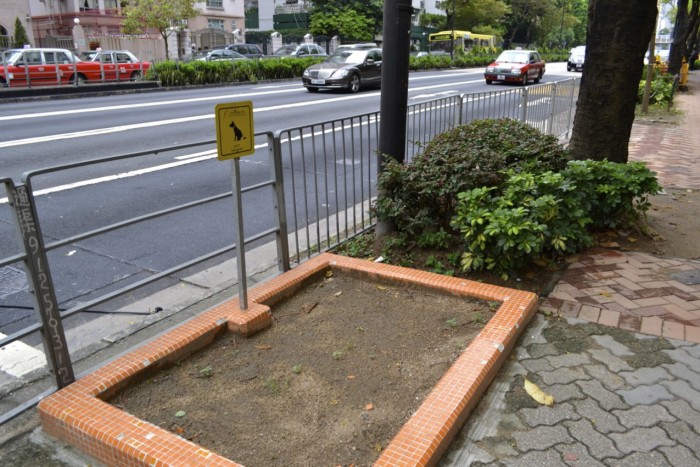 Maybe the kid should have peed in the “doggy latrine”

For the past few years, there has been a lot of animosity from the Hong Kong natives towards mainlanders. I’ve seen this sentiment expressed by a lot of my friends from Hong Kong, who are annoyed by the amount of tourists that show up in Hong Kong and don’t abide by Hong Kong’s etiquette standards.

I even met one girl in a hostel in Hong Kong who was from Taiwan. She started speaking to everyone in English instead of Mandarin because she felt she was judged by the locals who thought she was from the mainland. “If I speak English they’ll probably think I’m from Singapore“, she told me one afternoon while she studied Cantonese phrases from her guidebook. 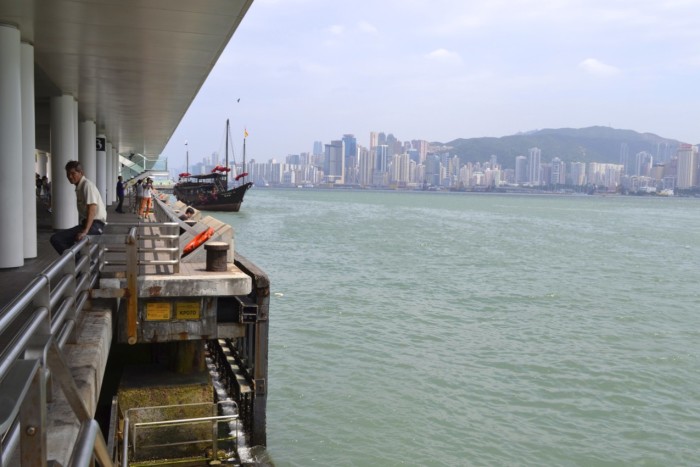 Last but not least, going to Hong Kong actually counts as leaving China for visa purposes! All China expats know of the famed “Hong Kong visa run”, where we fly down to Hong Kong to renew our visas.

Also, if you’re on a tourist visa, you can take a quick trip to Hong Kong and your 30 days (or however long you have) will renew itself. This means that if you have a 30-day visa that’s valid for one year, you can go to mainland China for thirty days, spend a weekend in Hong Kong, and travel in China for another 30 days again. You can theoretically do this for an entire year if you want… and some people do.

To go to Hong Kong you’ll have to pay for an international flight. You’ll go through customs and get a stamp in your passport. Chinese people even need a visa to go to Hong Kong! 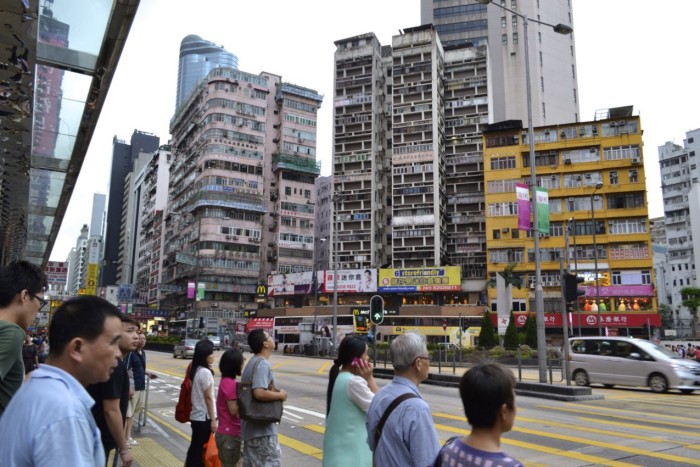 Is this really China?

So… is Hong Kong Really China?

If you ask a person from Mainland China, the answer will be a definitive “yes“, but if you ask someone from Hong Kong, you’ll probably get a “not really“.

If you were to visit Puerto Rico, a territory of the USA, would you consider that visiting America? Sorry if I offend any Puerto Ricans here, but if someone were to ask me if Puerto Rico is “really America”, I would probably say no. It’s not a state, they mainly speak Spanish, and they have a completely different culture from the mainland. Granted, many areas of the US have completely different cultures from one another and there are definitely places that don’t speak English. It’s complicated.

The best advice I can give you is to view visiting Hong Kong as exploring a completely different culture. When visiting mainland China, don’t expect it to be like Hong Kong (excluding some areas of Shanghai), or you’ll be in for some major culture shock. China is different and diverse, and Hong Kong is no exception.

So, is Hong Kong really China? At the risk of offending my Chinese readers, I’m going to go ahead and say “not really”. But you know what? That’s what makes China so special. 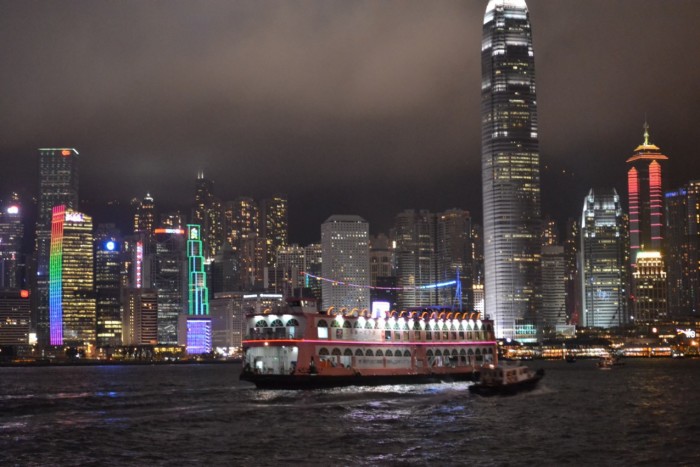 What do you think: Is Hong Kong really China? Also, did I miss any big differences (I know there are more!)