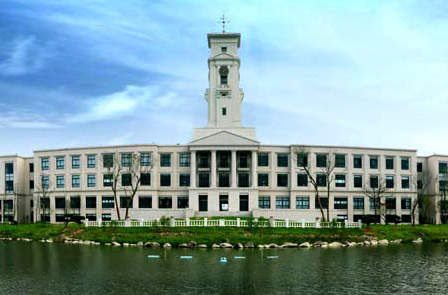 Since the University of Nottingham is a British university, I’ll be able to complete all of my classes in one year, and I’ll have the summer to complete my dissertation (60 pages!). In addition to not having to take the GRE, Nottingham is much cheaper than most American universities because Europe understands that education should be affordable, and that it’s a bad idea for young people to be riddled with massive debt until they’re 40. A degree from Nottingham is a little less than $14,000 USD. Living in China also guarantees me cheap housing, food, health care and other necessities, along with the opportunity to teach English on the side, or help tutor Nottingham’s non-native English speakers in oral or written English. Housing for the entire year in a four-person dorm with 4 bedrooms, two bathrooms, one shower, living room and shared balcony is $1,700. Let me repeat that: Housing for the entire year is $1,700. That’s one month’s rent in DC. The only problem with attending a British university when you’re American is that you can’t qualify for student loans. Thankfully my parents have agreed to set up an official loan with me that I’ll start paying back right after graduation (thanks dad!!).

Areal view of the campus (photo from nottingham.edu)

I studied abroad in Beijing for five months, and Xi’an for three, but I feel like I have a stronger connection to those cities than I do Ningbo. I attribute this to the fact that I don’t actually live in the city. It’s such a hassle to get downtown and I haven’t explored Ningbo as much as I would have liked. I tend to go to the areas of the city that are closer to me like Tianyi Square and Gulou, but there are so many places I haven’t explored. I’m sure I will do much more exploring now that the weather is warming up, but in all honesty I don’t really feel like I live in Ningbo right now.

This year has been really hard and not at all what I expected, but I’m glad I had this experience because I will now really appreciate everything that Nottingham has to offer. The campus is beautiful with nice new buildings and a big Chinese-style garden with a small river. Near the student dorms there is a “high street” student village complete with everything I could ever want: multiple restaurants, decently-priced cafes, a bank, a 24-hr health center with English speaking doctors and nurses, a book store, a travel agency that can book train tickets, a convenience store, and much more. Nottingham’s library even has a group study room with multiple areas where students can hook their computers up to tv screens! The University of Nottingham is also 10 minutes walking from a square with tons of restaurants and a grocery store, and a 15-minute bus ride to Wanda Plaza which has a mall, restaurants, a movie theater and Walmart.

Gone are the days I will have to take an electric motorcycle 25 minutes to the nearest grocery store. No longer will I have to use a little red book to get money out of a bank or beg teachers to buy train tickets for me on Taobao. I won’t have to cook all my meals because I’m sick of the two restaurants on my street, or take a bus 45 minutes just to meet up with people. I’ll also finally be able to practice my Chinese with people who’s accents I understand. This year will make me appreciate everything I experience next year and ensure I take nothing for granted. Overall, I’m really excited for another year in China and many more adventures around Asia!