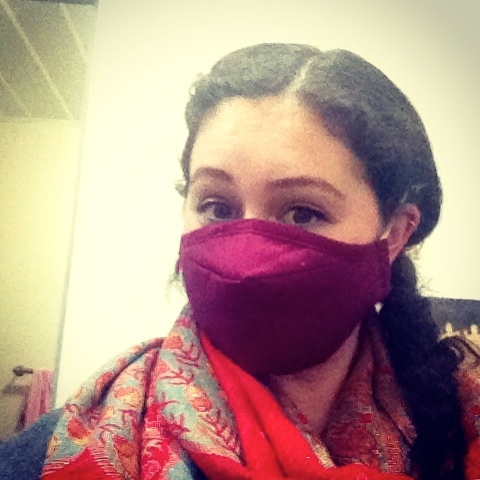 This week Ningbo and the rest of Eastern China have been hit with what I can only describe as “apocalyptic pollution”. I thought this kind of stuff only happened near Beijing?! On Wednesday, the pollution AQI (air quality index) was at 350 which was considered Hazardous. Tonight it’s at 592?!!! I didn’t even know that was possible. When I went outside today, I wasn’t quite sure if it was smog or fog, since I live not too far from the ocean. It’s definitely record-level smog. I’m going to go to the grocery store tomorrow and see if I can find some face masks.

The worst part is that I have definitely seen worse pollution. I didn’t track the pollution very often when I lived in Beijing, but there were times when I would blow my nose and it would come out black. I remember a specific time I walked out of my internship and immediately started coughing; I coughed and coughed and coughed while waiting for the bus, but as soon as I got on the bus, I stopped coughing. If Ningbo is at an API of 592, I hate to think of what the AQI was that day! As for now, the air just looks horrible, but I can definitely tell it’s not fresh when I breathe.

The pollution is SO bad that Forbes wrote an article about it today.

Forbes also has another really great article talking about why the pollution in China is so bad, and what the government is doing about it. This article focuses more on the area around Beijing, which tends to have the worst pollution in China.

Also, if anyone wants an up-to-date AQI for any city in China, check out this website.