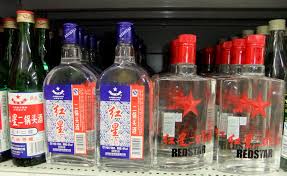 After working at Pulin Cambridge English School for about a week, I was invited to go to dinner with my work colleagues. I went to the school around 9pm on a Saturday, and met up with Will and the other teachers. After locking up, the group of us took two separate cars to dinner. I thought we would be going out to a restaurant, but apparently we were going to have dinner at the accountant’s house. Joseph, Will and I went to go pick up famous baozi to bring. We ended up waiting for the baozi for an extremely long time, and it was almost 11pm before we made it to the accountant’s apartment for dinner.

The accountant was an older woman, living in a run-down apartment by herself. The apartment had a concrete floor, and no dining room, so we were forced to eat in her bedroom. Two people even had to use her bed as a chair. The thing I found very interesting was the fact that her apartment had a guest bedroom with a second bed. Why would you prioritize a guest bedroom over a table or flooring? Normally, everyone always takes their shoes off in a Chinese household; however, we kept our shoes on at her place.

The rickety plastic table in her bedroom had a very interesting array of food. Pickled lotus root, huge chunks of eggplant, liver, bony pieces of chicken and some sort of fish. None of the food was very good, so neither Will nor I ate a lot of it. I was content to drink beer for the night, but Joseph insisted on us drinking baijiu. If you’ve never had baijiu before, don’t bother. It’s a foul substance that has an alcohol content bordering on illegal. It tastes absolutely awful and it is impossible to mix it with anything. The Chinese merely take shots of it, while eating. This baijiu was apparently special, famous Beijing baijiu, and Joseph wanted to make sure we drank way more than our fair share of it. Normally, you take shots of baijiu out of a shot glass, but instead, Joseph filled dixi cups all the way to the top with this Chinese monstrosity. It was AWFUL, and everyone wanted to toast us individually. The baijiu made the already not-so-great food even worse, and I felt like I was going to puke after every sip. Will and I were informed multiple times that this “high quality” baijiu was so great that it wouldn’t give us a hangover. Yeah. Right. I put my hand over my cup multiple times, telling them I couldn’t drink any more, but they wouldn’t take no for an answer.

By the end of the night, Joseph had forced us to drink almost a bottle of baijiu each. All of the Chinese teachers climbed into the accountant’s bed, while Will passed out in the guest bed. The last thing I wanted to do was sleep in the accountant’s apartment with no AC, so I decided to take a cab home. Two of the teachers went outside with me to find a cab, and I have to say, I barely even remember the cab ride home.

The next day I woke up with the worst hang over I have ever had in my entire life. There’s definitely no kind of peer pressure like a Chinese boss.