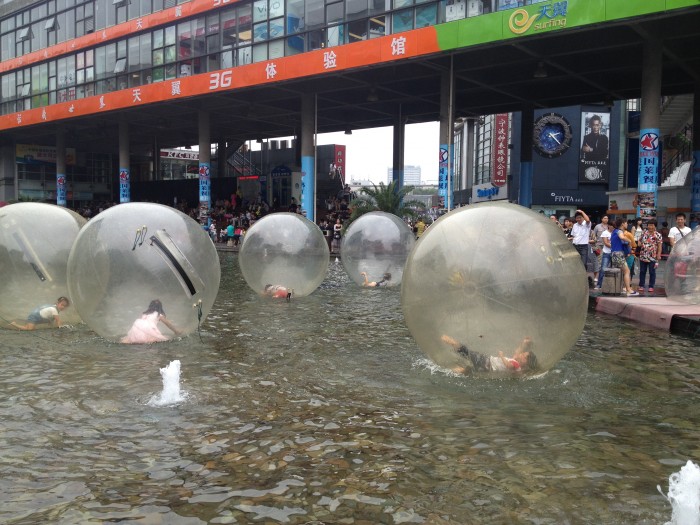 Since I’m still finishing up my next post about spring break amidst finals, thesis-writing (or lack thereof) and TEFL training, I decided I would share this gem with you all.

After discovering that I was heading off to China to teach English, a friend told me about one of his friends who did Teach for China in 2009. Teach for China is a hybrid of the Peace Corps and Teach for America, where recent college graduates head down to rural Yunnan or Guangdong provinces (think Shaxi and Tiger Leaping Gorge) to teach English for two years. I have considered applying to TFC after this next year (among many other options). The main reason I’m telling you this, is the girl wrote a blog about her experience teaching and living in China. I’ve read through it while procrastinating for finals, and I came across this literary gem of a letter, written by a Chinese student for his English teacher. Feast your eyes on this gloriousness:

The homework assignment last night was for our students to write an essay about their favorite place in the world and why we should travel there.  One student, Cameron, wrote a letter to my co-teacher Dan to convince him to go to Paris:

Hi! Since you have been very tired these days, I suggest that you should fully relax yourself after the summer camp.  If you want to broaden your view, France would be a no better choice.

Paris, as you know, the capital city, attracts millions of visitors every year, with its world world-famous landmarks, such as the Eiffel Tower, the Arc de Triomphe, Notre Dame, the Louvre, and its beautiful streets.  Paris is really a place that catches your eyes.

Since you are a little overweight, I realized that you must be a huge fan of all kinds of delicacies.  I think you should try the original goose liver and the various kinds of French bread! They will all fit your appetite! (But just do not eat too much, care for your weight).

It’s common knowledge by everyone that Paris is the most romantic city in the world.  So, Dan, it’s your chance now, take your girl with you and then fly to Paris, buy her 99 roses (or 999 if you think you can afford it) and ask her to marry you under the Eiffel Tower, and pledge your troth, think how happy and moved she would be!  (And she’ll agree!)

So, just one trip to Paris, you can kill two birds with one stone, the gourmet meals and the beautiful girl.  Wouldn’t you like to come? The choice is yours.

If you’d like to check out the rest of her blog and see what I’m in for if I decide to do Teach For China, here is the link. Make sure you start from the beginning. After she completes her year in Teach for China (apparently it was only one year back in 2009), she moves to Ecuador and then heads back to China. Enjoy!

1 comment on “Why I’m Excited For Next Year: A Letter Written By a Chinese Student to His English Teacher”