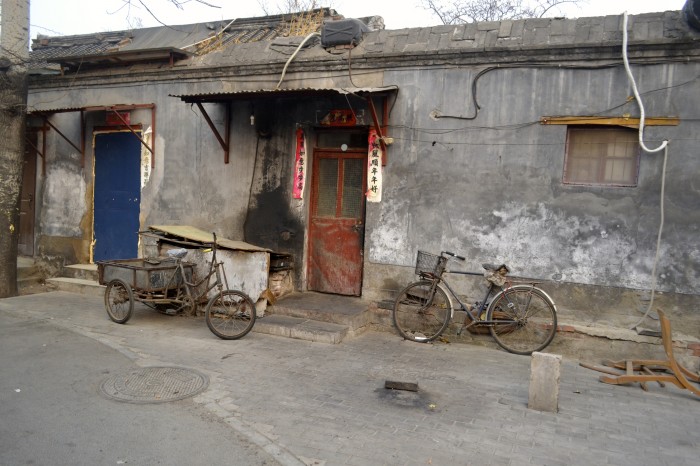 There’s been a few articles floating around about China’s recent Summit, in which leaders discussed China’s long-term goals for the future. Most of the attention comes from the discussion of the disbandment of the One Child Policy and forced labor camps, but all of these Chinese reforms are worth exploring.

Yesterday I came across a Buzzfeed article titled 9 Ways Life Will Change in China, According to Government Plans.

I fount this article to be pretty accurate and to the point, and I suggest you all check it out if you have a few minutes.

I know some of the points from the article may be a bit confusing if you don’t already have a base knowledge of China, so I decided to expand on them a bit.

The first thing that I appreciated about this article is the fact that it explains that China is not disbanding the One Child Policy, they are merely adding more leeway. Families in China can already have more than one child if:

If you’ve read my policy paper titled One Child Policy: Friend or Foe, you know that the One Child Policy has caused many social and economic issues in China. After this last summit, the Chinese government plans to start allowing parents to have two children if ONE parent is an only child. This is very similar to the “Two Child Policy”, I recommended in my policy brief above.

TAKE AWAY: China is NOT disbanding the One Child Policy.

China promises to disband all labor camps and institute more “civic-minded” rehabilitation of criminals. While many may take this at face value, others think that the forced labor and “rehabilitation” of political prisoners may just be integrated into regular prisons.

The next large change in China will be an adjustment to the hukou system. You know how in the USA you can easily move to another state with or without a job, and enroll your child in public school? Well you can’t do that in China. In order to prevent the masses from flooding big cities, China implemented a hukou registration system, which prevents people from moving to a new province. Many Chinese people work as illegal immigrants in their own country, working in construction or picking recycling out of the garbage; their kids can’t go to public school, and it is impossible to apply for healthcare. Some women choose to marry their way into a figurative “green card”, by finding a husband in Beijing or Shanghai. Even if a person goes to college in that province and finds a job, they still won’t have the hukou. The funny thing about this system is that millions of people still flood the cities anyway, creating an “invisible population” of undocumented migrant workers.

China hopes to rectify this situation by making it easier for Chinese people to move to small and medium cities. Instead of migrants illegally flocking to Beijing and Shanghai, China hopes that migrants will help build up other cities like Xi’an, Chengdu, Urumqi and even Ningbo. This way, the migrants can find legal jobs in a prosperous city without flooding already packed Beijing and Shanghai.

TAKE AWAY: Chinese people can find city jobs without being an illegal immigrant in their own country

The One Child Policy has caused many issues in Chinese society, one of which is the “Premature Aging” problem. This means that China’s population is aging before the government has the resources to care for these people. In my policy brief I mentioned above, I talk a lot about how this “premature aging” has created a dependence on children to support their parents after retirement. This creates many problems such as the 4-2-1 issue (two parents supporting four grandparents). In traditional Chinese society, when a woman marries a man, she will join his family and aid his parents in retirement. With the One Child Policy, this has created many problems for rural families who don’t have a son. For them, without a son there is no retirement fund. This need for a male child has led to a horribly skewed male to female gender ratio, as well as an underground bride-trafficking industry. It’s great to see that China has now recognized that in order to fix these problems, they must allow families to have more children while increasing access to social security.

TAKE AWAY: Later retirement and more social security will fix some of the problems of “premature aging” and lead to less “son preference” pressure and a more even gender ratio.

This portion of the Buzzfeed article interested me the most because I had not heard about any of these education reforms in any other articles. Since I’m currently teaching in China, it’s fascinating to see how China will work to change it’s education system. About a month ago I wrote a post about how the Gaokao test influences education and the way Chinese children learn. While the Chinese aren’t disbanding the Gaokao, they are making some huge changes.

Currently, primary and middle school students must pass a test in order to move onto the next level of education. While this isn’t an issue for many children, students in rural schools will drop out of school at a young age to work on farms or in factories because they can not pass the test to move onto middle school or high school. After these reforms, Chinese children will be guaranteed an education through 9th grade. While high school still isn’t guaranteed, at least sixth graders won’t have their education snatched through their fingers because they couldn’t pass a test.

The second thing that stood out to me was the disbanding of the humanities and science majors in high school. In my school, Senior 1 students (grade 10) are separated into honors and non-honors, but Senior 2 and Senior 3 students (grades 11 and 12) are separated into humanities and science “majors” with honors and non-honors distinctions. They all still have to teach English because it is a portion of the Gaokao, but many other classes are no longer available to them. Science students won’t get to take advanced writing classes or learn about world history, and humanities students may never get to learn about physics. I think back to myself in high school. I was definitely more of a “humanities” student, but I also took AP Calculus. While I would have enjoyed an excuse to not take it and still get into a good college, I can’t imagine not having any math or science classes after sophomore year.

Apparently these students take different versions of the Gaokao (at least I inferred this from a very round-a-bout conversation with a few teachers). While it’s nice that a student won’t be penalized for doing well in science but scoring low in English, I think this dual-Gaokao limits students’ options. Chinese students are already told where they can go to college and what they can major in based off of one test score; by taking a “humanities Gaokao” students are limiting their educational futures even more. Most professions aren’t divided up into categories this way, so why should the education system be? In America, a math whizz can easily major in political science and get into the field of voter statistics and political projections. What about biological anthropology or psychiatry? It looks like China finally took note and is abandoning this practice.

The next thing that shocked me were the Gaokao reforms themselves! If you’ve read my post about the Gaokao, you know that I disagree with basing college admissions off of one test. It looks like the Chinese government finally agrees, and the Gaokao will be broken up into a series of tests, rather than one, long, intimidating monstrosity of an exam.

As much as my fellow English teachers will hate it, English will count for fewer points on the Gaokao. I haven’t quite decided if this is a good or bad thing. At first glance it appears bad for me and every other foreigner here teaching, but in reality, I wasn’t teaching to their test anyway. The Gaokao doesn’t test oral English, therefore, oral English isn’t important. All they need to do is answer standardized test questions, most of which are confusing and not even entirely correct. There is a listening comprehension section, but students can easily prepare for this by listening to tape recordings over and over and over gain (which they do). Everyone in China needs to “know English” to get into college but almost none of them can speak it. To me, what’s the point in testing a language that no one can speak. It looks like the Chinese government realized this too and decided to rectify the matter by making English worth less points. While I think this will ease a lot of nerves, it’s definitely not going to help anyone learn English.

China may want to work on this problem by making it easier for foreigners to live in China and teach English. In America, I have taken a grand total of 10 years of a foreign language (Spanish and Chinese); only one of those years did I have a language teacher who wasn’t from a country that spoke that language. There are so many foreigners that want to come live and teach in China, instead of making it easier for us to come, the government has made it harder. This past year they passed new visa laws, resulting in many of the people on my program not being able to come to China because we didn’t have our diplomas on time or the school couldn’t get the ridiculous amounts of paperwork together with enough time to get our visa. Almost everyone on my program either had to come and start teaching on a business or tourist visa, or they arrived a month late. Once we obtained our work visas, it was a mad 30-day rush to apply for our residence permits. One of the AYC teachers’ schools wasn’t quick enough and he was sent back to America with a hefty fine. We shouldn’t have to teach illegally for a month because the visa process is so difficult, we shouldn’t have to worry about being deported because the paperwork and deadlines are confusing, and we shouldn’t have to wait for months and months just to get a few stamps so that we can start applying. If China really wants to help their children speak English, they’d have native speakers teaching classes… and more often than just once every two weeks.

TAKE AWAY: China is finally changing it’s education system into one that benefits everyone and not just those who can take a test well, but if they want their students to learn English, maybe they should make it easier for foreign teachers to live and work in China.