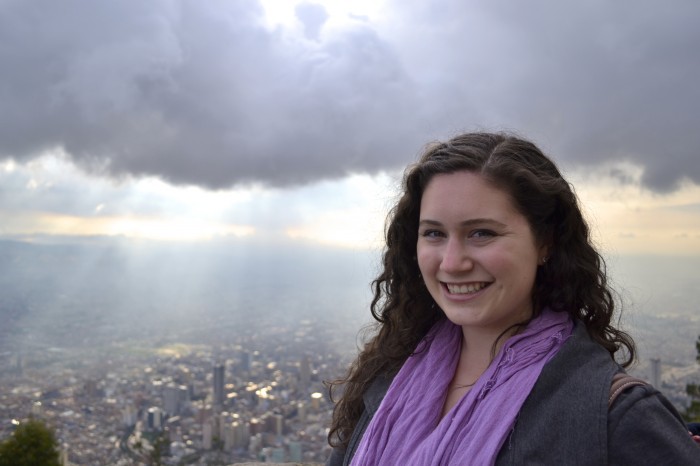 Being a minor celebrity in my middle-of-nowhere high school has led to some interesting experiences and classroom culture shock; one of which is the adjectives my students use to describe me. Aside from the typical “HELLO TEACHER!”, “RICHELLE!!”, “AHHH MS. JIANG!”, I also get “SO BEAUTIFUL!!!” multiple times a day, every day. Talk about a confidence boost right? This exclamation comes from both my girl and boy students, and even the senior 3 students I don’t teach! While the “SO BEAUTIFUL!” comment is a bit awkward considering I’m a teacher, I let it slide; however, I draw the line at “sexy”.

More than once, my students have exclaimed “SO SEXY!!!” when I walk into the room. It has come from both girls and boys, and it doesn’t matter what I’m wearing. I try to keep myself covered up while teaching high schoolers, especially since I am the youngest teacher and the only one with a decently sized chest. Also, all of the students wear baggy track suits, meaning that girls aren’t quite able to roll up their uniform skirts like many of the girls in my old middle school. A part of me doesn’t really blame students for wanting to use funny English words with me. I know I’ve had a great time throwing around Chinese swear words with some of my friends, and when I learned the word “sexy” in Chinese, my study abroad friends and I would randomly exclaim “xinggan xinggan!” to one another. I get it. It’s funny. But it’s also inappropriate to say to a teacher.   When a few girls said it to me before class a few days ago, it was easy for me to respond with “Don’t say that to me! I’m a teacher! You can’t call me that!” and laugh it off, but it’s not always that easy. One day, before class started, a boy exclaimed “Ohhh Sexy!!” while mimicking large breasts with his hands. Everyone laughed. While I try fairly hard to wear high-cut tops, there’s only so much I can do short of wearing an extremely baggy sweater to obscure the fact that, yes, I have boobs. I responded with a cool “That is not an appropriate thing to say to me”. “Shenme?!”, Of course they don’t know the word “appropriate”.

While many students have been calling me beautiful, and even sexy, I was also called “fat” by a student earlier this week. We were learning how to describe physical appearances, and had an activity where students needed to pick a person to describe. This person could be a friend, celebrity or even a cartoon. While I was choosing students to read their work aloud, one student volunteered, “I picked you Miss Jiang!”.

“Miss Jiang has brown curly hair and white skin. Her body is fat. She is a very good teacher”.

It’s amazing how one public insult can trump all of the “SO BEAUTIFUL!“‘s in one second.  My face turned red and I regretted wearing a baggy sweater that day. “Okay, great job!” I responded a few seconds later. “Who’s next?!”.

I know that Chinese people use the word “fat” more freely than we do, and it’s not like I haven’t been called fat in Chinese before (see my old post: So Apparently I’m Fat), but I always consoled myself by knowing that pang in Chinese can also translate into “Chubby” or even “curvy”. It basically means someone who is not thin, rather than someone who is fat. Then I realized- Chinese students think the word fat is the same as pang. When describing friends throughout the week, students would call other girls and boys in the class fat, and they would all respond with laughter. None of these students were fat, they just weren’t skin and bones. I eventually realized that the Chinese don’t have a word for “average”; you’re either thin or fat. The boy who called me fat did not mean it as an insult. He didn’t laugh or look at me to see my reaction like the boy who commented on my chest; he was trying to compliment me by using me for his assignment. From that point on I introduced “medium” when describing body size. “Is he fat, thin or medium?”, giving students an option to pick an average body size.

Overall, I still haven’t decided exactly how to handle the “sexy” comments, but at least I taught my students the word “blonde” so I can once and for all stop hearing “yellow-haired”.

6 comments on “Classroom Culture Shock: So I’m Fat AND Sexy?”