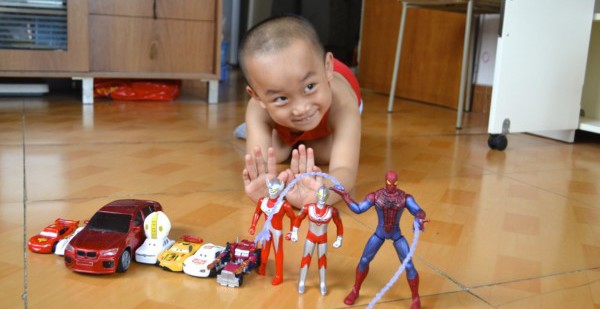 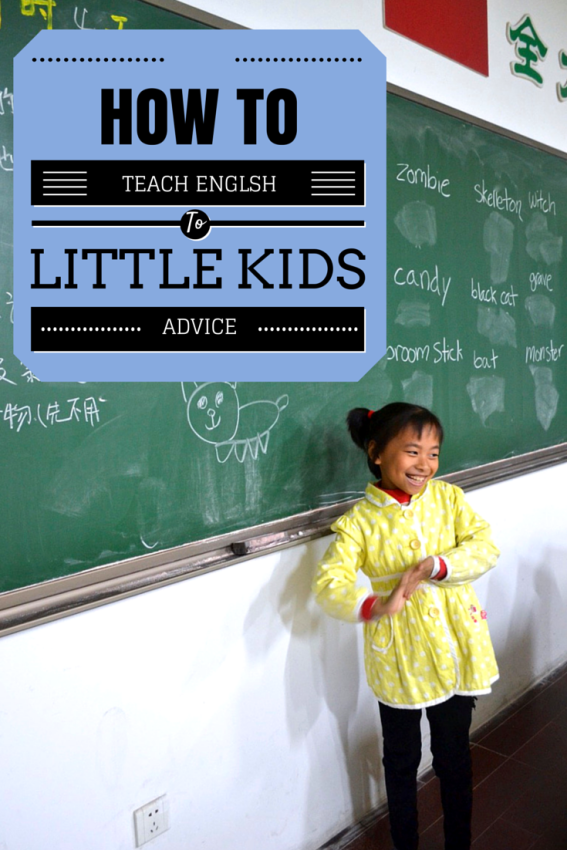 For the last few months I’ve been a glorified English babysitter for two Chinese five-year-olds. I’d like to say I’ve done a pretty decent job. I taught them the basics like numbers, colors, the alphabet and how to write their names. While the writing is still a bit iffy (for some reason “a”s are a problem), I think I’ve accomplished a lot so far.

Getting these kids to actually sit still, however, is a huge challenge. Of course the parents don’t help. For some reason these little boys can not sit in their chairs, and would much prefer to climb under the table and untie my shoes. They also like to scream the English songs in gibberish. 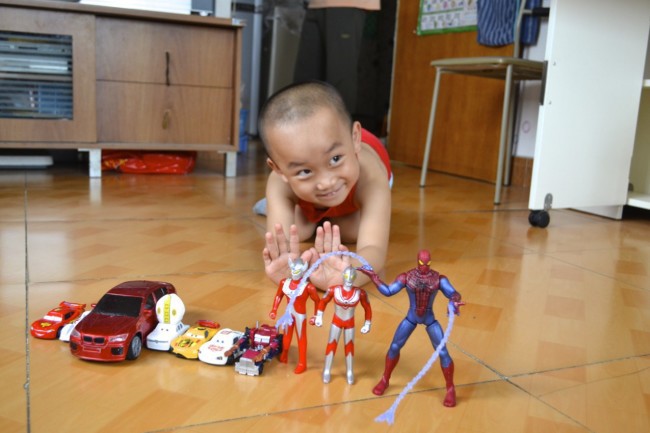 Currently, the parents of the children I tutor want to put their kids in an English school, and would like me to be the teacher. I was a little annoyed because instead of teaching two kids, I now have to teach roughly six kids (TBD). I also have to take the bus to the school, whereas before they came to my campus. We still haven’t decided on the salary, but I better get paid a bit more than I was previously.

A few days ago I gave a free sample class at the new school to all of the students who were interested. This led to me teaching nine kids ranging from four to seven years old. Yes, it was as bad as it sounds. Also, all of the parents and the owner sat outside my partitioned room, and didn’t help me manage the students at all; the exception being the time one of my students literally ran away. Don’t the parents want to observe the class to see if it’s worth their money? I guess not. 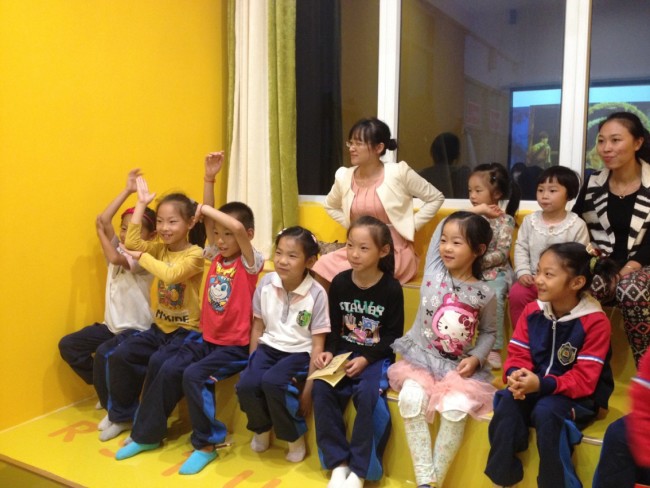 The girl with the tutu is AMAZING

In addition to these little terrors, I also teach a class of four seven-year-olds at another English school once a week. Three out of four of these children are actually awful. One week I was five minutes late and the owner was out of town. The girl manning the front desk left my students in the classroom by themselves. These four kids literally destroyed the classroom. DESTROYED.

Let me paint you a picture: I walk into the classroom and chairs and stools are tossed about the room. The potted plant is knocked on its side with dirt everywhere. A large stack of papers has been thrown up in the air, and multiple DVD cases have been opened with their contents scattered around the room. Two students are hiding under a table, another behind the door, and the fourth I finally found hiding on the bottom shelf of a bookcase. 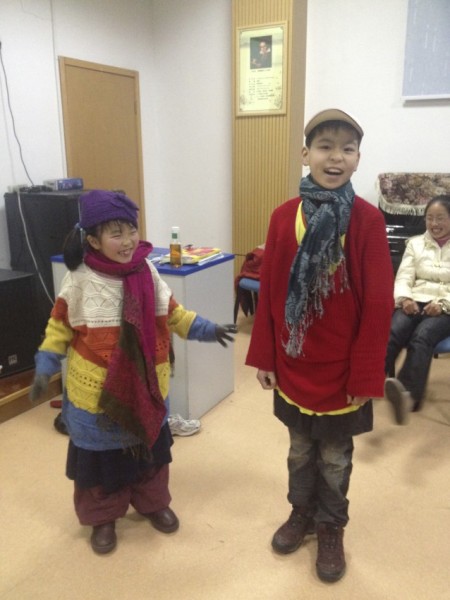 Sometimes I force my students to wear my clothes.

One student in particular, Leo, is especially problematic. When Leo misbehaves, the class follows suit. One time Leo actually pulled the curtains off the window by wrapping himself in them and twirling around until he fell over. Of course, this happened in less than 5 seconds while I was writing a word on the board. Only one student, Nola, sits quietly, taking notes in her pink notebook. Nola is precious and I want to steal her.

Teaching young children English is equal parts exhausting and entertaining. It’s also quite lucrative. I’m currently getting paid $30 USD an hour. Since I teach twice a week that’s $60 a week. This is great because it completely covers my day-to-day living expenses with money left over to travel… or pay back my student loans.

For those of you thinking about teaching English to little terrors, you’ll need to be patient, fun, and full of smiles. You’ll also have to be good at discipline and other things like singing, dancing and being ridiculous.

That said, here’s some tricks to get little kids to pay attention and not demolish an entire classroom 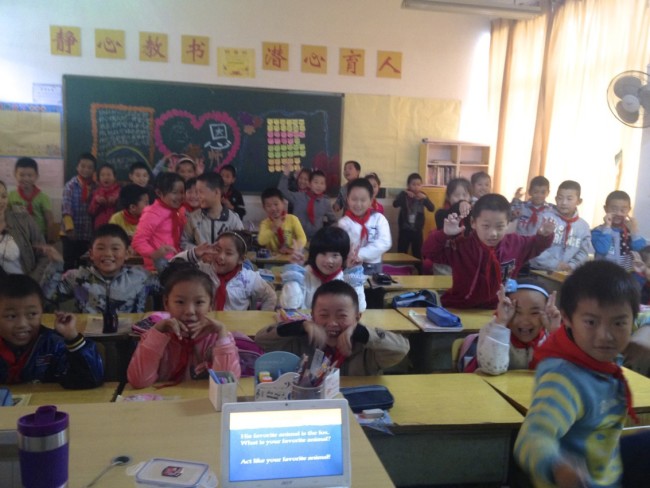 How to teach English to little kids

When kids do something right, give them a sticker. Bonus points if you stick it to their face.

Preferably games that involve movement. My five-year-olds like to do an Easter egg hunt for colors. I hide colorful slips of paper around the classroom and tell them which color to find and bring me. My older kids love the “color game”. The person who’s “it” shouts out a color. If you’re wearing that color you have to get up and find a new seat. The kid who doesn’t get a seat is now “it”. This can get aggressive and mildly violent. 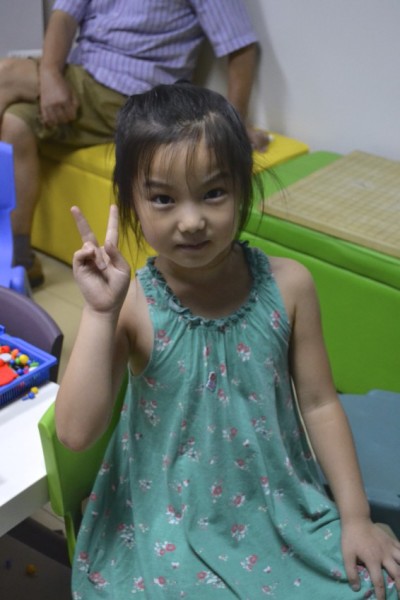 One way to get kids to stop talking? Make them sing! Bonus points if these songs involve body movement. “Head, shoulders, knees and toes” is always a hit… except for when your five-year-olds collapse on the ground and start screaming the song in gibberish while rolling around and grabbing at your ankles.

Just like Simon Says, except they always have to do everything I say. I make them jump, run, spin, lay down, sleep (complete with snoring), eat, skip and more. I do this until they’re so tired they stop trying to break the classroom.

Want to Teach Abroad in China? 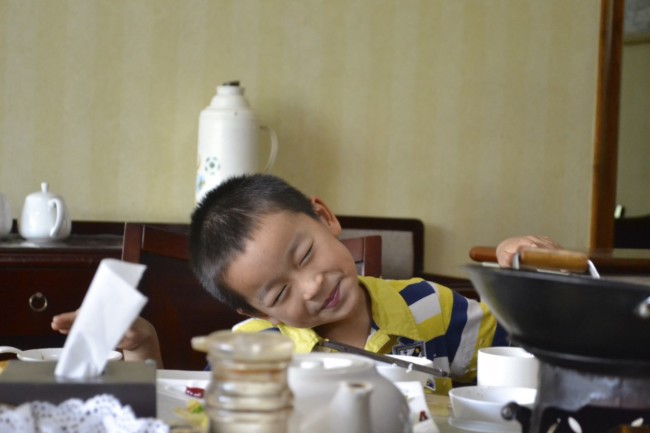 Kids love movies. Especially when there are songs involved. This also gives my voice and head a break.

I don’t know why this works, but it does. When a kid says a sentence or answers a question correctly, give him or her a high-five. All of them will start paying attention because they want to be able to high-five you. Be warned, some children are aggressive high-fivers.

It can be really difficult to constantly come up with lesson plans, games and activities by yourself. Websites like ESL Expat have a ton of valuable resources you can use to create an entertaining class. Feel free to tweak activities for your age level, and use what works for your kids. 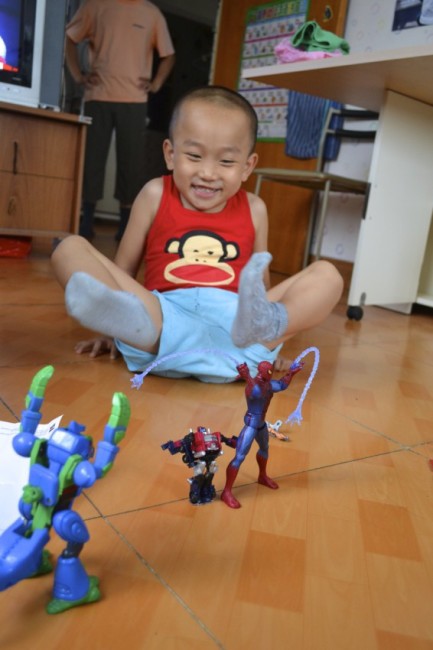 Anything I’m missing? What are your tips for teaching English to kids?

16 comments on “How to teach English to Little Kids”